How Castres Olympique forged its identity in adversity

A little game to start. Find the intruder among these four proposals: Castres, Toulouse, Montpellier and Bordeaux… If we were talking about demography, the Tarn sub-prefecture would quickly be unmasked with its 42,000 inhabitants in the middle of three regional cities. But we will rather talk about rugby and the casting of the Top 14 semi-finals organized in Nice. In this regard, the CO, number 1 of the regular phase, can look its rivals in the eye, starting with the bulky neighbor Toulouse, which it faces this Friday evening on the Côte d’Azur.

However, the outsider label suits him perfectly, even if Ugo Mola sought to take it off at the end of the barrage won by the reigning French champion against La Rochelle (33-28) last Saturday. “Castres is first in the championship, it will be difficult to pretend to be small, warned the Toulouse manager, who knows the hometown of Jean Jaurès well for having played and trained there. It is the first in terms of character and state of mind. These players sincerely deserve more respect, we don’t talk about them enough. »

The Banque Populaire Occitane presents the composition of the CO for the semi-final against the @StadeToulousain at the Allianz Riviera in Nice!

So much the better, would we tend to answer 80 km east of the Place du Capitole. “We weren’t highlighted compared to other clubs but it suited us well, remembers Christophe Samson, 2nd line of the CO from 2012 to 2020, with two Brennus Shields in passing, in 2013 and 2018. Certainly , we have a big sponsor behind us [le groupe pharmaceutique et cosmétique Pierre Fabre], but we are landlocked in the depths of the Tarn with less than 45,000 inhabitants. Mediatically, it does not dream. This geographical location and this local side make the specificity of the club. »

The art of recruiting well

As well as self-mockery, if we follow the former international. “Half the people don’t know where the city is, maybe less now with the results of the club. I admit that I was the first, before living there, I had trouble locating it even if I had already played there. »

Looking at the workforce, we come across a slew of very good players, French (Dumora, Palis, Vanverberghe, Hounkpatin, Barlot…) or not (Botitu, Nakosi, Urdapilleta…) but no stars. The club and its trainer with an almost infallible flair, Pierre-Henry Broncan, know how to unearth unknown pearls on the lower floors or outside the borders (the Canadian Tyler Ardron, the Australians Tom Staniforth and Nick Champion de Crespigny). And in a jiffy, these foreigners find themselves assimilated to the CO, Tarn accent as a bonus, like before them the Uruguayan Rodrigo Capo Ortega and the South African Rory Kockott. 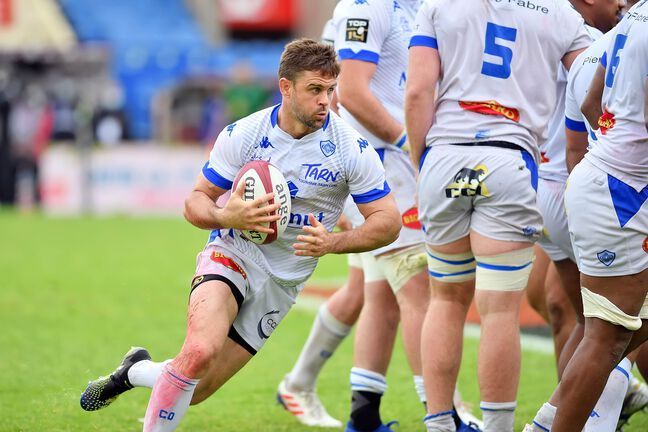 Castres Olympique scrum half Rory Kockott announced the end of his career at the end of the 2021-2022 season. – Daniel Vaquero/SIPA

“The club relies on vengeful players, a little less publicized than others but with qualities, continues Samson. It is our collective that has always been our strength. And then, when you have a family life, Castres is quite quiet, far from the inconveniences of big cities like traffic jams or pollution. When you are young, it may be a little more difficult. »

First in the regular phase with the 10th budget

Tenth budget of the Top 14 with 22.8 million euros, far from the 39.1 million of the Stade Français or the 37.3 million of the Stade Toulousain, the CO carries around the old-fashioned charm of rugby in medium-sized towns, which has declined elsewhere since the appearance of professionalism, in Agen, Béziers, Bourgoin or Dax.

“We are completely landlocked, insisted Broncan this Thursday at a press conference. There is not a kilometer of motorway which arrives at Castres. On the other hand, it’s our strength because being isolated allows us to be among ourselves. Our players work as much as the others during the week in training, but also rub shoulders outside. We have a big fervor in a city that is very rugby. It creates a symbiosis between the public, the club, our professional players and the youngest. » 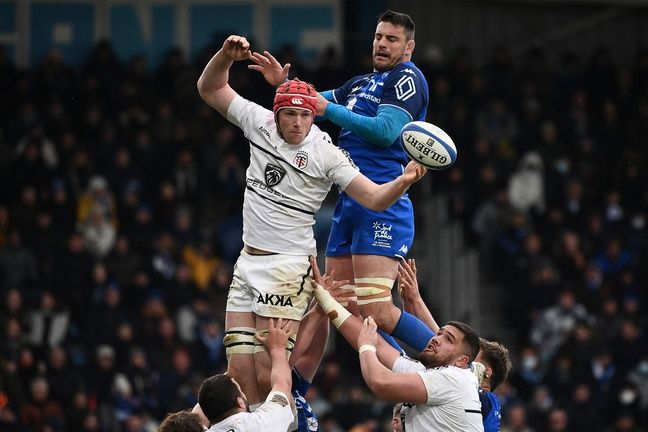 This season, Toulouse and Castres have each won their home game: 41-0 at Ernest-Wallon and 19-13 at Pierre-Fabre. – Valentine Chapuis / AFP

And the coach to emphasize, again and again, the importance of the Pierre Fabre group, founded by the Castres pharmacist of the same name in 1951, which today employs nearly 10,000 people worldwide, by communicating for 2021 a global income of 2.5 billion euros. Close to the patron viscerally attached to his roots, Pierre-Yves Revol has held the reins of the CO since 1989, with a parenthesis between 2008 and 2014, to take the helm of the LNR.

Three shields and five finals under the Pierre-Fabre era

Since then, if the CO has only rarely shone on the European scene, the titles of post-war French champions (1949 and 1950) have made three small ones (1993, 2013 and 2018) in addition to two lost finals ( 1995 and 2014). But before regaining its local identity which makes the hairs of fans of the Pierre-Antoine stadium stand on end, renamed Pierre-Fabre in 2017 four years after the death of the patriarch, the CO sought to be as big as Toulouse beef, at the dawn of professionalism.

“In the mid-1990s, when the club was traveling, I heard about the blue and white Ferrari, remembers Karim Benaouda, editorial manager of the weekly Le Journal d’Ici, and author in 2006 of the book 100 years of Castres Olympique published by Privat. No one would say that now. “It was the time when Castres pulled out the bundles to poach Thomas Castaignède, the star of Stade Toulousain and the XV of France, or to attract the former All Black Franck Bunce, a big name who no longer had a big name. something in the engine when landing on the banks of the Agout.

“When he again opted for a more hard-working team, the club regained its identity and the successes returned,” testifies the journalist. In the 2010s, the duo of Laurent, Labit and Travers, then the charismatic Christophe Urios replaced the club in the elite of French rugby, with an image of tough guys, “painful”, and a certain obsidional fever not without of any foundation.

“Brive, for example, is the club for the whole of Corrèze while Castres is just the one in the south of the Tarn, replaces Karim Benaouda. From Lavaur or Gaillac, even if we are in the same department, people are supporters of Stade Toulousain. »

So we always come back to the Rouge et Noir, the guys from the big city who like to tell it all with slogans as presumptuous as “Jeux de mains, jeu de Toulouse”. And as if that wasn’t bad enough, they have also attracted the best Castres over the years: Richie Gray, Piula Faasalele, Iosefa Tekori and the current Blues captains Antoine Dupont and Anthony Jelonch. “When I played these derbies, my team mates talked about peasants against city dwellers”, laughs Christophe Samson, now back in his native Auvergne to work in real estate after working just after his retirement from sport at… Pierre Fabre.

On the pitch, relations have calmed down since the departure two years ago of Urios, an intimate enemy of Mola, and the arrival of Broncan, who worked for the Toulouse staff from 2015 to 2018. But for a Castres supporter, a match against Toulouse will never be one match against another. Especially if it is a Top 14 semi-final after which the club, which did not qualify last year, has been chasing since the 2018 title.