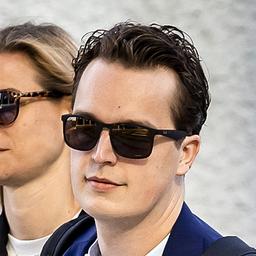 The lawsuit against Sywert van Lienden is still ongoing, but Dutch film producers are not letting it grow. Recently, several makers tried to get their hands on the rights of the book Sywerts millions. Producer Alain de Levita drew the longest straw and will let NU.nl know which ideas he is walking around with.

A country that does not know what to do, the ignorance of the government and a young businessman who becomes overconfident: everything surrounding Van Lienden turned out to be top material for a film. “Simply beautiful,” says De Levita in summary. “You don’t easily experience such a rise and fall of one person in real life. The fact that the judge still has to make a judgment does not make a big difference to us.”

The film producer explains further: “Whether they are convicted or not, they have already been tried throughout the Netherlands. Sywert has gone so hard on his record. His future in the Netherlands is over. The judge’s verdict is of course interesting. , but does not have to hinder the film. And in all honesty: we have only just started and have not yet come up with an end. In any case, we are very happy that we got the rights from Follow the Money.”

‘Corona time is a great decor’

The filming of Sywert’s millions should not be too serious, says De Levita. “On the one hand, the corona crisis has been horrible. Sywert’s story is also actually very ugly, if you present it as the facts are. Then it would be top heavy. But the corona time has also been a great backdrop at the same time. take it with you.”

“We think we have everything right here,” De Levita continues. “But in such a crisis we turn out to be one of the worse countries on many fronts. We will first consult, but the polder model does not work well in a real crisis. This film can also become a very nice mirror, so that we can together we can see what kind of country we really are.”

Movies about scammers often have a funny or charming protagonist, such as in The Wolf of Wall Street and Catch Me If You Can. “We’re probably not going that way,” says De Levita. “The tone of those films is good, but our protagonist does not become a charming man who wraps everyone around his fingers, because Sywert is not that at all.”

“We are still looking for exactly which direction it should go,” says the producer. “In any case, it may be a bit over the top. Very nice to enlarge characters that we have been thrown to death with, such as Minister De Jonge. I think people are waiting for that.”

Making a film can sometimes take years, but De Levita wants to get to work faster in this case. He has already been in contact with a possible lead actor and will be looking for a director and screenwriter in the coming weeks. “This is a topic that you should not wait five years with,” says the producer. “We hope to have it in theaters next year.”