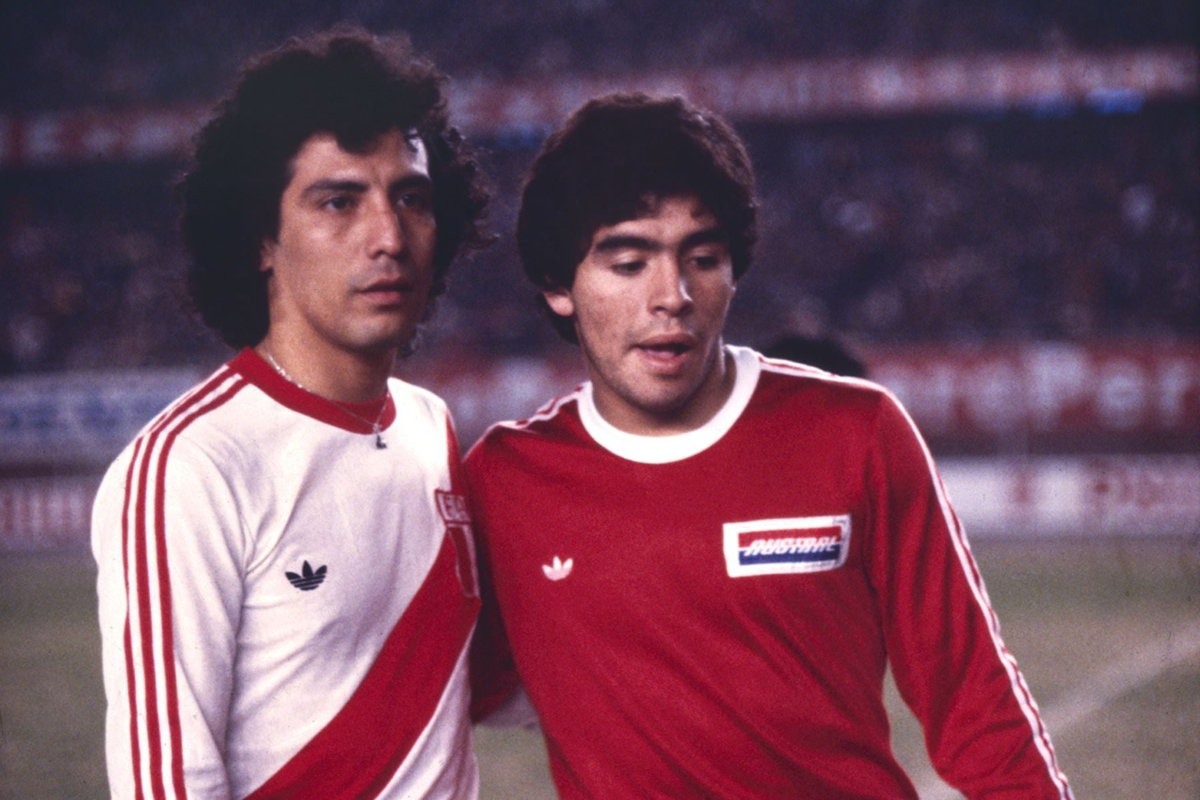 The two southpaws met in 1979 in a Peru vs. Argentine Juniors. (Photo: Internet)

César Cueto turned 70 on June 16. One of the greatest idols of the Peruvian national team, Alianza Lima and Atlético Nacional de Medellín was praised by Diego Armando Maradona.

The Argentine soccer player, considered the best player in all of history, once faced the ‘Poeta de la zurda’ and assured that he was a phenomenon.

The ‘Maestro’ was already at an excellent level as a player and the Peruvian tournament seemed little to him. At the end of the 70′s he signed for the ‘Green Machine’, but before that he had to face a young Maradona. Match that was recorded in the retina of the Peruvian fans.

Meanwhile, the Argentine was already emerging as the revelation of his country when he made his debut at the age of 15 with the Argentinos Juniors club. A team with which, many Albicelestes say, the man born in Villa Fiorito brought out the best version of him.

Maradona arrived in our country for the first time in July 1979, in the midst of great expectation with the ‘Bicho de la Paternal’. Since, despite his young age, he was considered the best player on his team.

This friendly ended 2-2 and Maradona, who had a separate duel with Cueto, brought out his talent and scored his team’s first goal. 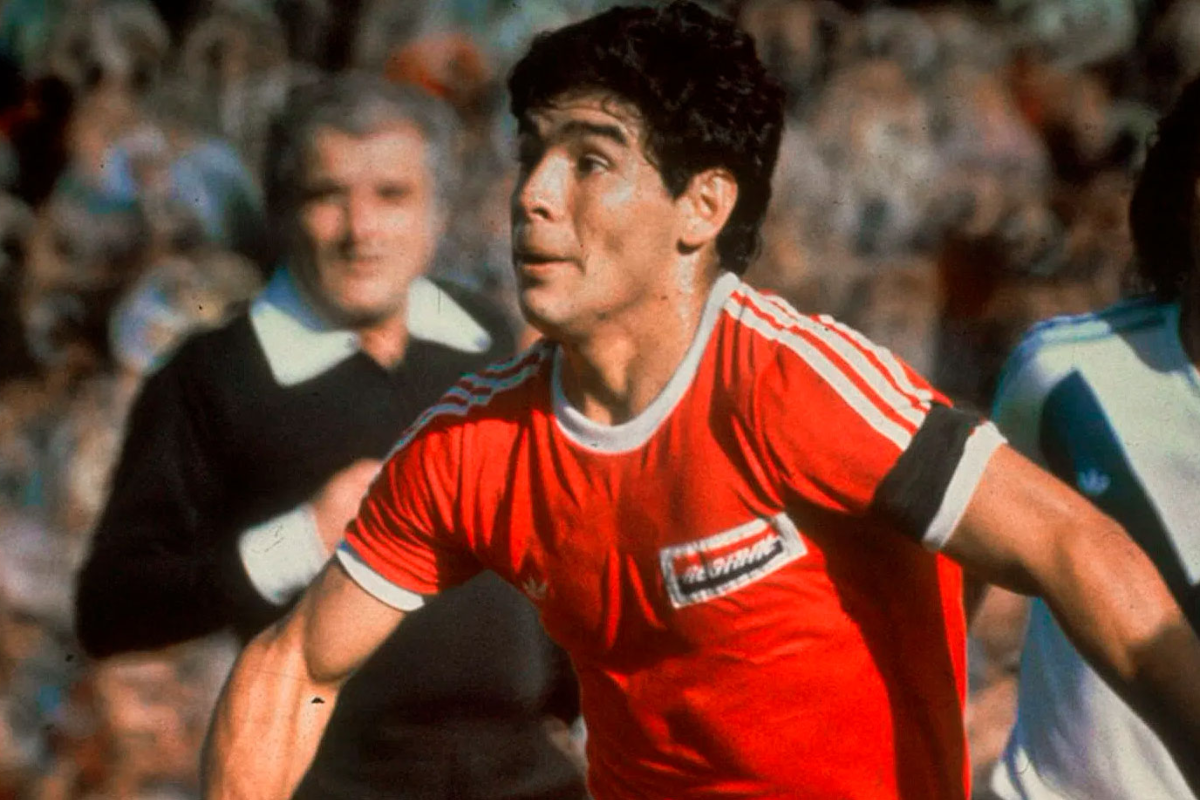 For many albicelestes, the Maradona of Argentinos Juniors was the best level. (Photo: Internet)

On that occasion, the journalist Lolo Salazar of the newspaper ‘La Crónica’, highlighted the good game of the young Argentine. But the most important thing is that he reported that Cueto was in a better level.

The end of the game was totally crazy, since various media and fans wanted to take a photo with Cueto and Maradona. In some interviews, Diego himself declared that “César Cueto has a marvelous left foot and great control of the ball. He plays the game that I like.”

In another interview for the Lima newspaper, he added that “Cueto and Teófilo Cubillas were soccer phenomena.” This was an allusion to the outstanding performance of the Peruvian midfielder in the first phase of the World Cup in Argentina 78 ‘. International sports critics described Peru’s midfield as the best in that part of the World Cup. 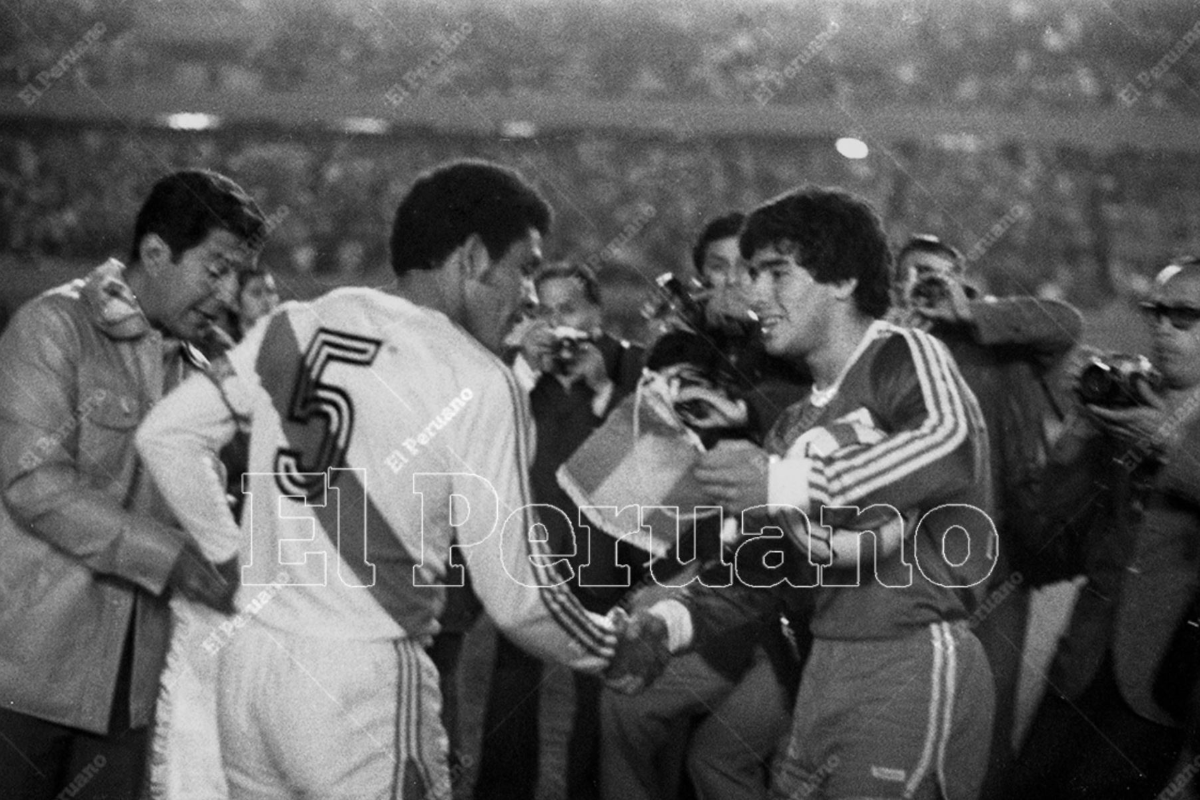 Maradona and Chumpitaz face to face before the friendly between the white-and-red and Argentinos Juniors. (Photo: The Peruvian)

After this friendly match, Maradona continued his career on the rise. He returned to Peru in December 1981, already as youth world champion and star of Boca Juniors, to face in some preparation duels against Universitario de Deportes and Alianza Lima.

Boca, which had figures such as Óscar Ruggeri, Miguel Ángel Brindisi and Ricardo Gareca in its ranks, fell to the merengue team 1-0, the only goal being scored by Walter Escobar. The match against the intimates was 2-1 in favor of the bosteros.

Samuel Eugenio, from Universitario, and José Velásquez, who reinforced the Alliance team, were in charge of Maradona’s personal brand, who could only sow his magic on the field in some passages of both games. 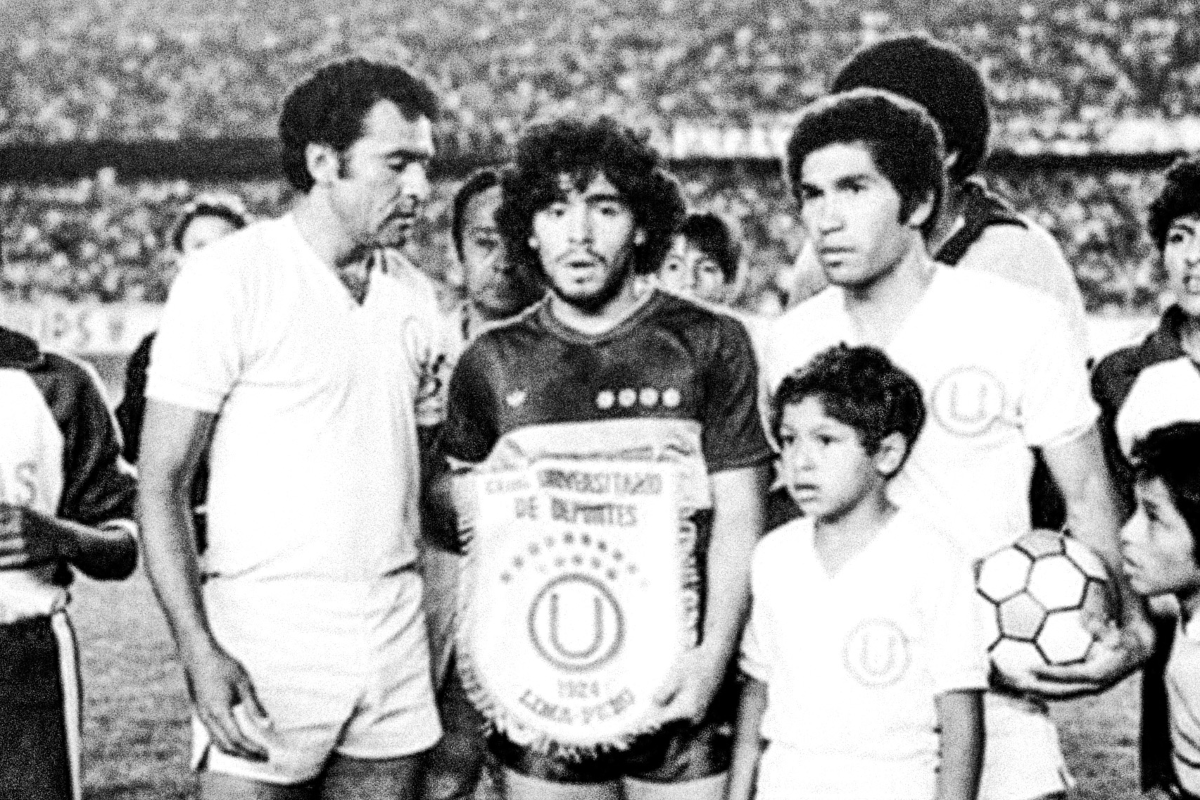 But perhaps the most remembered visit of the Argentine star to Peruvian lands was 1985. Peru and Argentina met for the qualifiers for the Mexico 86 World Cup in the colossus of José Díaz.

What stood out the most on that day was the personal marking that Luis Reyna did to Maradona before more than 45,000 spectators at the National Stadium. The Peruvian overshadowed his rival with a suffocating mark that is remembered to this day.

Maradona returned to Peru already retired from soccer in May 2006 for an exhibition match. Since he set foot on Peruvian soil, he praised the level of Norberto Solano. Player with whom he shared a dressing room at Boca Juniors.

The ‘Team of Maradona’ defeated the ‘Team of Peru’ 5 to 3. The ten Argentine ex-soccer players such as Julio Meléndez, Julinho, Wilmar Valencia, José Carranza, Jorge Amado Nunes, and Jorge Basualdo, among others, accompanied him. Alejandro Mancuso, Mac Allister, Patricio Camps and Mathías Almeida arrived from abroad.

Thus, on the night of May 4, 2006, Diego Armando Maradona, the predestined, world champion in Mexico 86, scored a penalty goal and gave us glimpses of his marvelous left foot. A left foot equal to the extraordinary César Cueto. 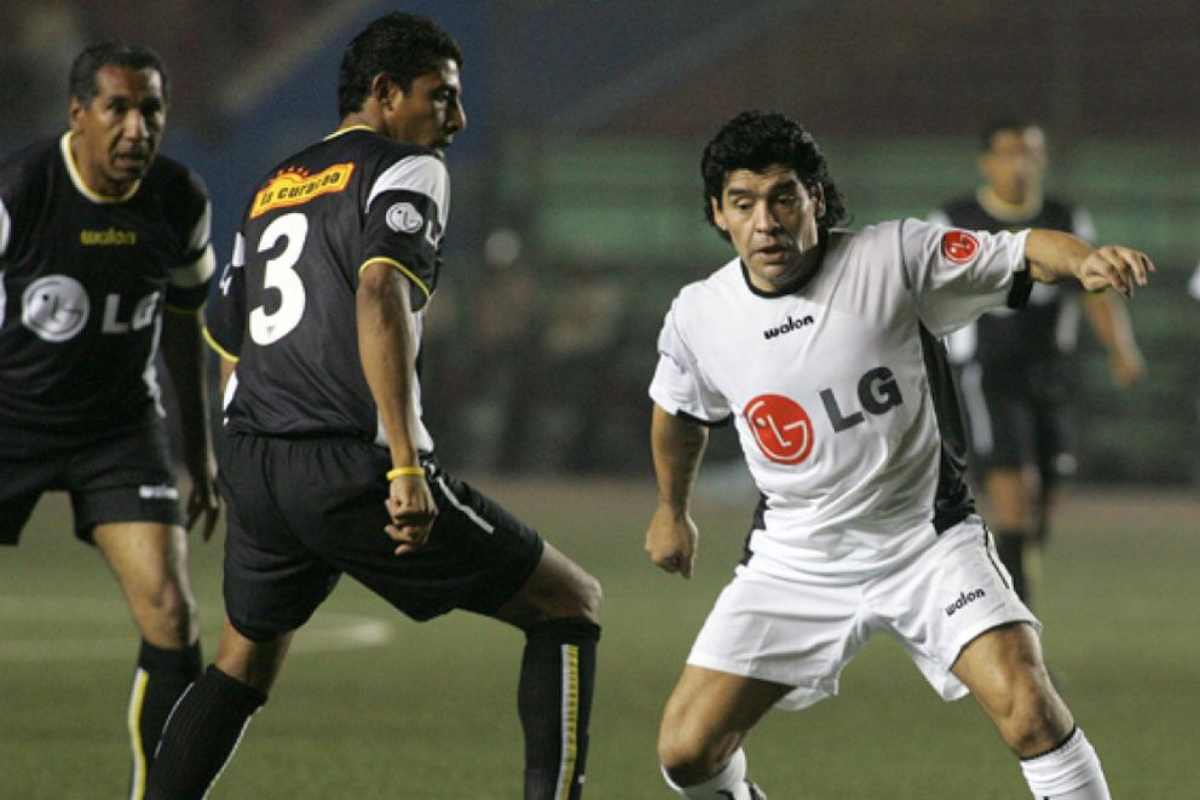 Maradona played at the National Stadium on his last visit to Peru in 2006. (Photo: Internet)

César Cueto: the ‘Poeta de la Zurda’ turns 70 Juan Carlos Oblitas will give a press conference: Will he and Ricardo Gareca continue with the Peruvian team? elimination of Peru