Solid victory of Flamengo by 2-0 against Cuiabá 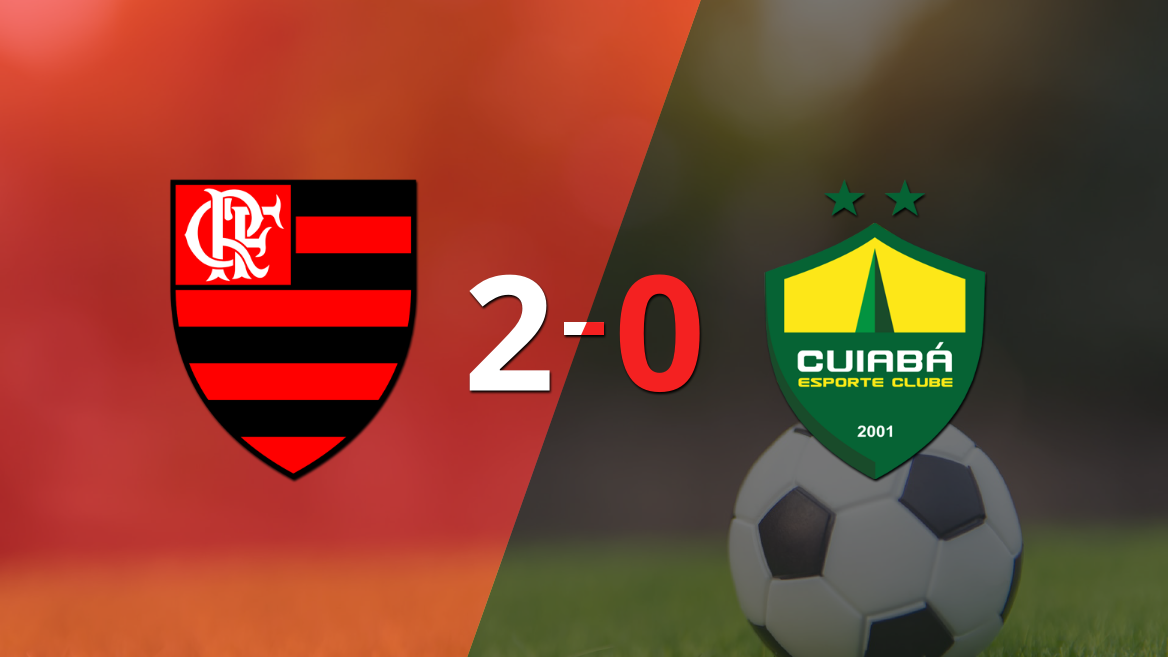 Dorival Júnior’s team created danger with a shot from Giorgian De Arrascaeta, 19 minutes into the first stage, which ended up hitting one of the posts.

The best player of the match was Ayrton Lucas. The Flamengo defender had a good level scoring 1 goal.

Andreas Pereira was another of the key players. The Flamengo midfielder was precise with 46 effective passes and stole 3 balls.

The match was cut short due to the number of fouls committed by both teams. There were several cautioned: André Felipe, Vitinho, Camilo and António Oliveira.

For its part, António Oliveira’s team took the field with a 4-4-2 scheme with Walter under the three sticks; João Lucas, Marllon, Paulão and Uendel in defense; André Luis, Camilo, Rafael Gava and Rodriguinho in midfield; and André Felipe and Felipe Marques up front.

Savio Pereira Sampaio was the referee who directed the match at the Maracanã.

Flamengo’s next match in the championship will be as a visitor against Atlético Mineiro, while Cuiabá will receive Ceará.

With this result, the host of the match reaches 15 points and is in ninth place. For its part, the visiting team remains at 12 units and is in eighteenth place in the tournament.