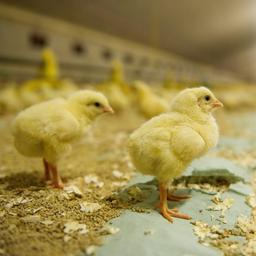 Bird flu was diagnosed at a broiler farm in the Frisian village of Tzum. It is probably a dangerous and highly contagious variant, reports the Ministry of Agriculture, Nature and Food Quality. All 166,000 broilers on the farm are culled to prevent the spread of the bird flu virus.

Two other poultry farms located in the 3 kilometer zone around the infected farm are being screened for bird flu. In a zone of 10 kilometers around the broiler farm, a transport ban applies with immediate effect for birds, eggs, manure and used litter.

Bird flu was also diagnosed at a poultry farm in the village in November. That is why 122,500 birds were culled at the time.

Nationally, there has been a mandatory keeping and screening obligation in connection with bird flu for months. The bird flu virus is still being diagnosed on many Dutch farms. This often concerns companies where several tens of thousands of animals have to be culled. Since the recent outbreak, several million animals have already been culled in the Netherlands.