Are we doomed to choose avatars that look like us (better)? 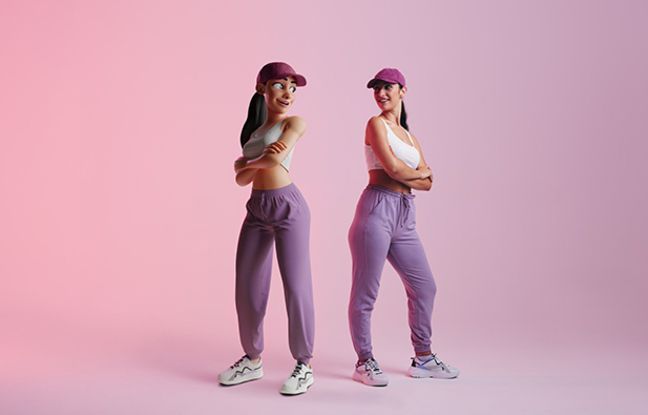 In the metaverse, what will we look like? To a cartoonish version of ourselves, foresees Mark Zuckerberg. During the demonstration of what Horizon Worlds would allow, in October 2021, the public could observe a 3D representation relatively resembling the boss of Meta trying on a costume of a skeleton or a cosmonaut.

If some have considered the presentation already outdated, a market could open up: at the end of 2021, the start-up Wolf3D raised 13 million dollars for “ Ready Player Me », its platform for creating avatars for the metaverse. In one year, she claims to have gone from 25 to 1,000 client companies.

But then: realistic or delusional, our metaverse representation? “The appearance of the avatar must remain the user’s choice,” says Maude Bonenfant, professor at the University of Quebec. Metaverses are influenced by the world of video games, but players are used to creating characters that don’t look like them, either because the world is fantastic or because it’s their fantasy. “The plausibility is of little importance as long as the rules of the digital space are understood by everyone,” explains the researcher. What matters is how you interact, the connections you make. »

Professor at Telecom SudParis, Maryline Laurent asks the question from an economic point of view: who would benefit if our avatars were realistic? For Meta, whose business model is based on capturing data, “it’s not so much the way I present myself as my entire career that is useful: what I do, what I buy, how I interact, everything is recorded to refine advertising. »

This observation is followed by the question of data security: “The closer you draw a digital identity to the real one, the greater the risks. If for example you share your political or religious opinions, this will be sensitive data that you will have shared with the builders of the universe in which you evolve. “The question that will arise is perhaps not so much that of the degree of resemblance between your avatar and yourself as that of the possibility of keeping the same character from one metaverse to another”, underlines Maude Bonenfant .

One avatar to link them all

A bit like we take the same pseudonym on each social network, to remain identifiable. In this case, the interest of metaverses registered on the blockchain becomes obvious: in the land of NFTs, economic models closer to those of video games, where one buys skins (equipment) and objects, can develop. . “Under a pseudonym or not, we always seek to stand out, to be unique,” continues the teacher.

With limited edition accessories, the trick will be easily played. There remains the question of social acceptability: at Meta, the stated goal is to allow Internet users to find themselves in family or professional contexts. “But in these settings, points out Maude Bonenfant, it is not said that it is well seen to land with a horse’s head or I do not know what other improbable profile. Even virtual, reality remains… reality.