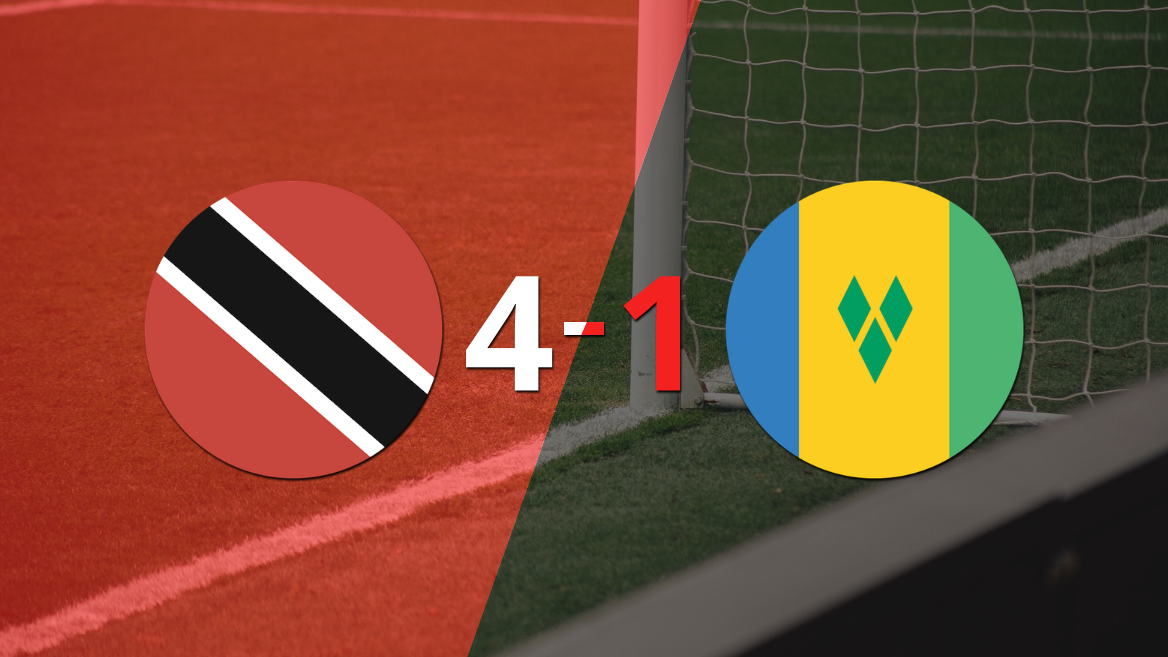 Levi García had the opportunity to increase the difference, but the post denied him the shout of goal in the 39th minute of the first stage.

The figure of the match was Noah Powder. The Trinidad midfielder scored 2 goals, made 33 correct passes and searched the opposite goal with 3 shots.

Levi García was another of the outstanding players. The striker from Trinidad showed his best level, shooting 7 times to the opposite goal and hitting 7 correct passes.

It was a duel that was slowed down by the accumulation of fouls, which cut the pace. There were 3 cautioned: Jahvin Sutherland, Brad Richards and Jazzi Barnum-Bobb.

For their part, those chosen by Kendale Mercury took to the field of play with a 4-3-3 scheme with Lemus Christopher under the three sticks; Jazzi Barnum-Bobb, Jahvin Sutherland, Jamol Yorke and Najima Burgin on defense; Brad Richards, Addeen Charles and Aaron Jackson at half court; and Azinho Solomon, Cornelius Stewart and Rondell Thomas up front.

The judge chosen to direct the game at Hasely Crawford Stadium was Nelson Salgado Trujillo.

For the next date, Trinidad will act as a visitor against the Bahamas and Saint Vincent will visit Nicaragua.