Rebel Wilson forced out of the closet: why it is harmful to ‘out’ someone | NOW

Rebel Wilson shared on Instagram on Friday that she has found her ‘Disney princess’. The announcement of a new relationship should be a happy fact, but now it turns out that the Sydney Morning Herald newspaper pressured her to confirm the news that she is in love with a woman. Outing someone who is not ready to do so is harmful. But why actually?

‘Outen’, what exactly is that? It’s simple: you tell someone that someone belongs to the LGBTQ+ community, without the permission of the person in question. So you announce something that the other person may not be ready for or that they do not want to share at all.

“I thought I was looking for a Disney prince, but I seem to have needed a Disney princess all this time,” Wilson herself shared the news on Friday morning that she is in a relationship with Ramona Agruma. The announcement was received with sweet reactions, but this weekend it turned out that Wilson’s ‘coming-out’ was not entirely voluntary. The Australian newspaper The Sydney Morning Herald writes that it had the ‘scoop’ that Wilson is currently with a woman, but that the actress did not want to cooperate.

In a column, journalist Andrew Hornery writes how he approached Wilson’s team saying that he would devote an article to her new relationship. She was given two days to respond before it was published. In the column, he says he blames her for sharing the news herself with her followers. 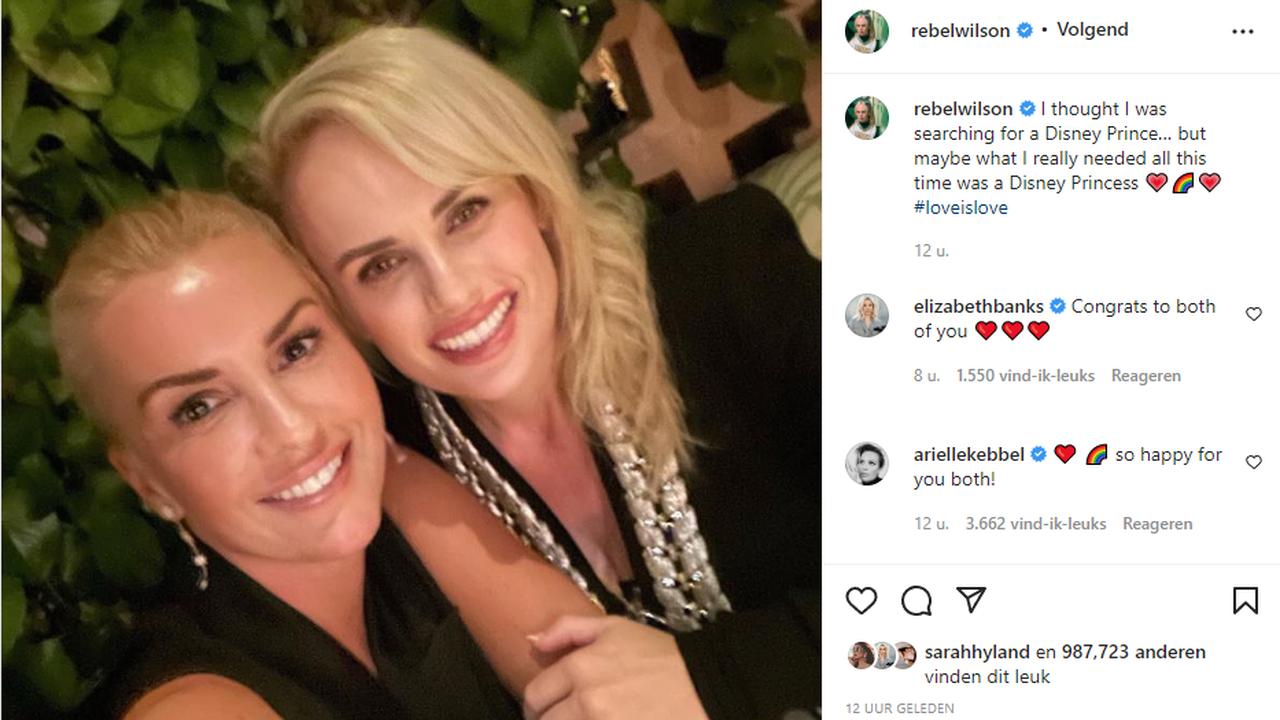 Wise lesson for everyone

According to Philip Tijsma of the COC, issuing an ultimatum, in which someone is more or less forced to tell them that they are part of the lhbtiq+ community. The spokesperson for the Dutch association of the LGBTIQ+ community calls the commotion that has arisen in conversation with NU.nl a “wise lesson for everyone”.

“For parents, friends or anyone else, it is important to know that you should never pull someone out. Everyone has their own process and must be able to implement it in their own way,” says Tijsma.

“If they want to do that at all,” he emphasizes. “A cisgender heterosexual person never has to announce anything about his or her identity, neither do LGBTQ+ people. You are ultimately accountable to no one for this.”

“People who are not ready to talk openly about their sexuality or gender identity can feel very insecure if someone else does it for them. If someone is pulled out by their friends at school, it can lead to anxious moments, where can still be bothered by it years later.”

Tijsma also mentions the example of Nikkie de Jager, who was forced to share in 2020 that she is a transgender woman, after she had received threats that someone would make it public. De Jager later said that she struggled with post-traumatic stress disorder in the period around her coming out.

De Jager is therefore alarmed at the Australian newspaper’s approach to Wilson. “This breaks my heart,” she wrote on Instagram. “Nobody has the right to out someone until they’re ready. Shame on you.”

Not good to talk

Tijsma of the COC says that the possible lack of negative consequences for Wilson does not justify the actions of the journalist. “In many cases, a coming out is not that bad and the reactions are indeed more positive than expected. In the environment of an LGBTQ+, it is sometimes said that the ‘outing’ was done for the good of that person. However, it is not good to talk to someone against the will.”

On Monday, The Sydney Morning Herald apologized for the column and said it was never the intention to ‘out’ the actress.