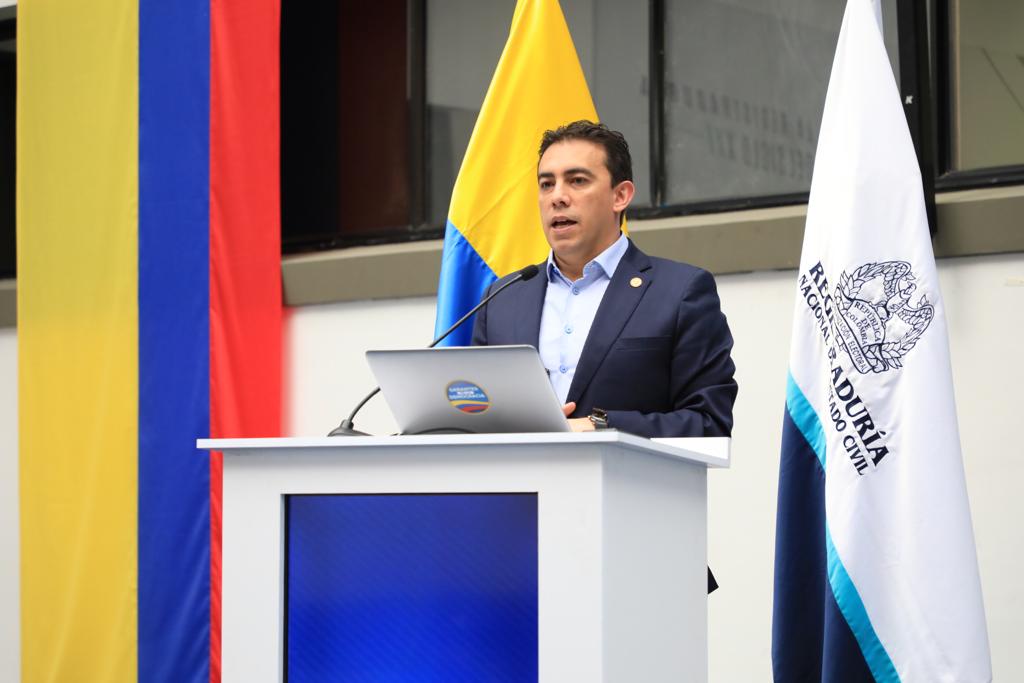 In the image, the national registrar of Colombia, Alexander Vega. Photo: National Registry

Just 5 days before the crucial presidential votes, the National Registry already has all its processes ready so that the elections of June 19, 2022 take place with total normality. Even so, the presidential candidate for the Historical Pact, Gustavo Petro, affirmed that the institution does not present the necessary bias to ensure transparent elections, these comments did not sit well with the national registrar, Alexander Vega, who decided to respond to criticism to Petro.

In the first place, he asserted that the Registrar’s Office has always presented the necessary electoral guarantees so that no type of problem arises when voting and subsequently counting the votes:

“He and all the candidates have been given all the guarantees, including computer auditors for the software, the presence of electoral witnesses and international observation missions. All guarantees are given.

Subsequently, Vega asked Petro that the only thing he should do in these elections is accept the result, whether he wins or loses the presidency of the Republic. In addition, he clarified that the Historical Pact has 7 accredited auditors for the pre-count software, so he has nothing to worry about:

“The clear message for Dr. Gustavo Petro is that he must respect and abide by the results as he has done in all the elections in which he has participated,

Apart from these statements, the registrar, who is in Cartagena where the electoral training for the second round is being held, affirmed that the Electoral Observation Mission has recognized the country’s democratic processes as solid and safe:

““Our democracy is solid and secure, as has been recognized by the Electoral Observation Mission. I invite citizens to go out and vote freely and calmly”

However, another controversy arose here. In the last hours, the National Electoral Council (CNE) sent a letter to the Attorney General of the Nation, Francisco Barbosa, so that an audit can be carried out on the software used by the Registry due to certain concerns that the Observation Mission itself Electoral raised the Council, so Vega’s statements do not fully agree.

It may interest you: Migration Colombia announces border closures and other changes for the presidential elections

The Historical Pact candidate does not have the best relations with the Registrar’s Office due to various inconsistencies that have arisen in past elections. During the parliamentary elections held last March, Gustavo Petro’s team found approximately more than 300,000 missing votes in favor of his party during the pre-count and it was the members of the movement themselves who had to demand that these be added to the final results. .

In addition, according to the candidate himself, the registrar Alexander Vega, would have more affinity with the candidate Rodolfo Hernández. In his own words: “We are certain that there is no neutrality at the top of the Registrar’s Office in these elections. I was talking to the registrar when the meeting was abruptly interrupted because the other candidate arrived. The Registrar suspended the conversation to go to meet him.

Finally, Gustavo Petro recently published on his social networks that once again the Registry denied them the technical audit of the counting software of the Distroel company (the owner of the software that the Registry will use for these elections), justifying that it is private and therefore they cannot access it.