Drastic impoverishment of Amsterdam public transport threatens: “This will affect so many people” | NOW 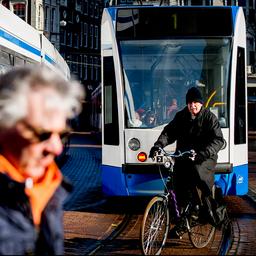 Due to financial shortages, there is a threat of significant cutbacks in Amsterdam’s public transport. It could mean that tram lines will be canceled and that it could become considerably busier during rush hour. The new transport alderman Melanie van der Horst is concerned: “This is going to affect so many people”.

The Amsterdam Transport Region and the GVB have already warned in recent months that 20 to 30 percent will drive in Amsterdam next year. The new timetable for next year is currently being developed and will have to be stripped down considerably. It is not yet clear which lines may need to be deleted, but it is obvious that action will be taken on lines with few passengers.

When passenger numbers plummeted during corona, public transport received corona support, the so-called availability fee. The cabinet wants to stop that support after this year, while the number of travelers has not yet returned to the old level before the pandemic. This means that carriers such as the GVB have to make do with much less income.

Without the availability fee, the GVB would have suffered a loss of more than 150 million euros last year, figures from the annual report showed last month. The carrier expects that some of the office workers will not return in the coming years, because corona has ensured that some of them continue to work from home. It is still unknown how the travel behavior of commuters and tourists will develop further.

According to the traveler’s organization Rover, it is mainly the people of Amsterdam who will suffer the loss of government support. “Particularly in the quieter hours, transport will deteriorate a lot,” said spokesman Chris Vonk. “And maybe lines that won’t run at all in the evenings or on weekends.”

Van der Horst argues in favor of a guarantee whereby the carrier returns the government support if it ultimately turns out not to need it. The alderman will soon discuss this with State Secretary Vivianne Heijnen (Traffic and Transport).