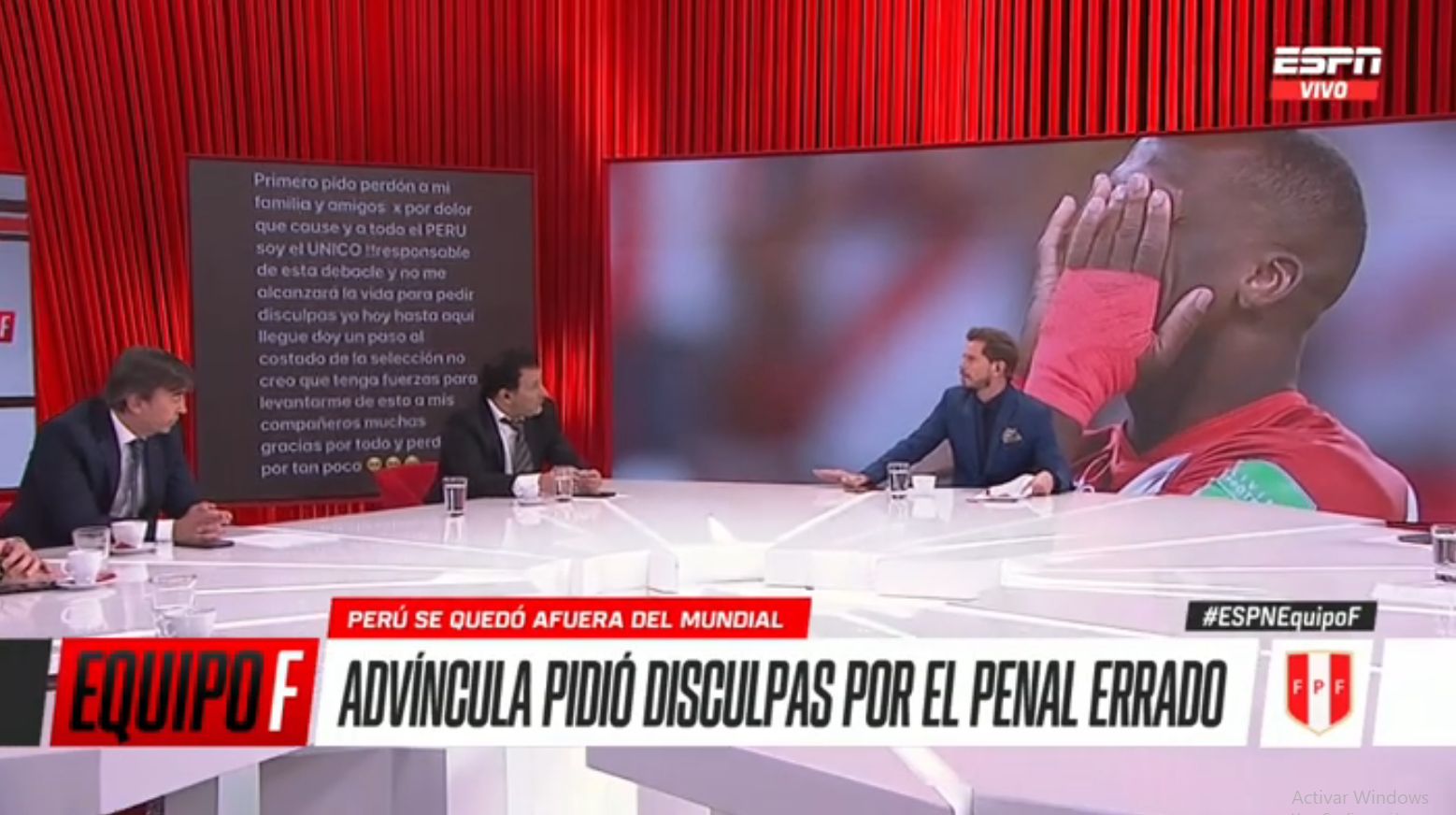 This was said on ESPN about Luis Advíncula’s message with the Peruvian team.

Luis Advíncula is one of the most suffering in the Peruvian team after failing in a penalty shootout in the World Cup playoff against Australia. His pain is so great that he used his social networks to “say goodbye” to the national team with a harsh post. This generated all kinds of reactions, both in fans and in the press.

In ESPN Argentina, for example, these words from the right back were taken by surprise and they had to change the subject to talk about the Peruvian. It was ‘Pollo’ Vignolo who broke the news and read it live for all of his setmates.

“There is a message from Advíncula, strong from someone who is hitting. Surely Boca will have to see how he treats him. He is going to receive an emotionally evicted soccer player. And with something that is very hard, that happens to any human being: handling guilt, “said the driver.

The winger announced his retirement on Instagram and this was said on ESPN about the Peruvian. (Video: Team F).