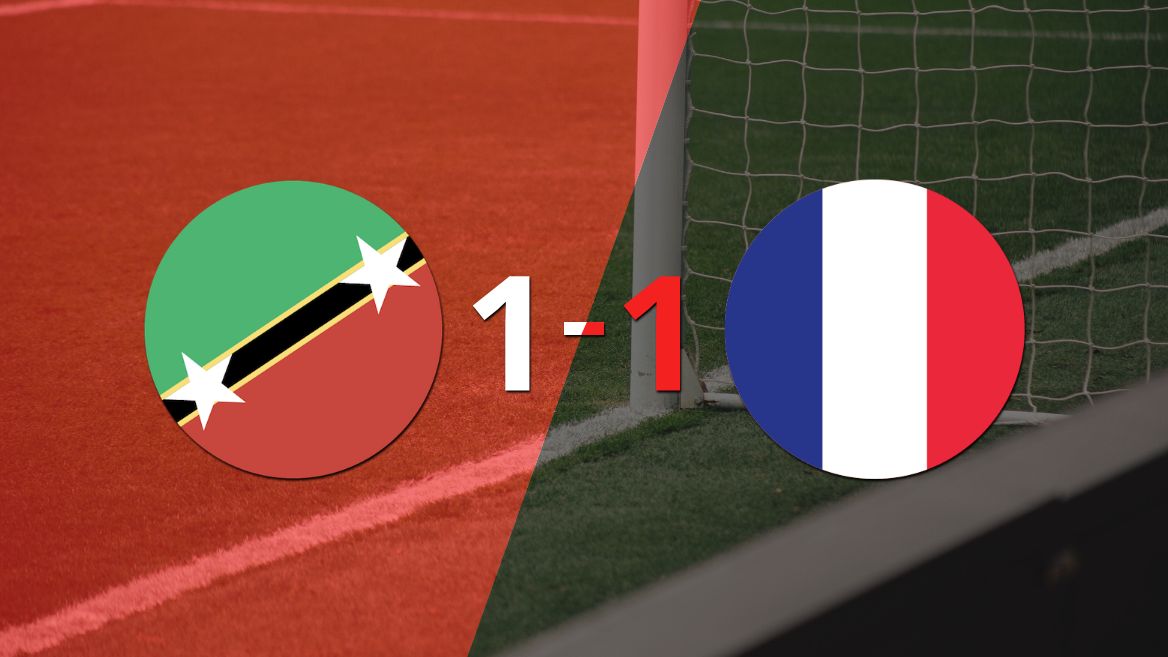 San Cristóbal and Saint Martin signed a draw (1 – 1) this Sunday, in the match corresponding to date 4 of group B.

With a goal from Pierre-Bertrand Arne, they began by winning the visit at the end of the first half, however, 93 minutes into the second half, Kalonji Clarke equalized for the locals.

According to the statistics, San Cristóbal has had the ball (63%) in the game but it was not enough to overcome Saint Martin.

The figure of the match was Kalonji Clarke. The San Cristóbal midfielder scored 1 goal.

Pierre-Bertrand Arne also played a good game. The Saint Martin midfielder scored 1 goal, made 11 correct passes and sought the opposite goal with 4 shots.

A high foul rate constantly slowed down the game on the court. There was only one card, in the 92nd minute of the second half Wilfried Dalmat received a yellow card.

For their part, those chosen by Deon Richardson took to the field of play with a 4-4-2 scheme with Jordan Etienne under the three sticks; Ismael Petchy, Belony Dumas, Laurent Amiens and Stephan Varsovie in defense; Randy Gentes, Yoann Vardin, Adrien Ribac and Pierre-Bertrand Arne at half court; and Yannick Chevalier and Wilfried Dalmat up front.

The judge chosen to direct the match at the Warner Park stadium was Jaime Herrera Bonilla.