Legislative 2022: Olivier Faure claims to have “information” according to which the Ministry of the Economy plans to “increase a share of VAT” 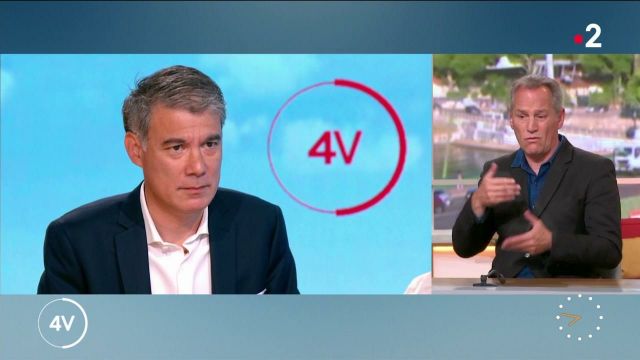 Monday June 13, Olivier Faure, First Secretary of the Socialist Party and candidate of the Nupes in the legislative elections in Seine-et-Marne, is the guest of “4 Truths” on France 2.

Olivier Faure, the First Secretary of the Socialist Party, who is also a candidate for the Nupes in the legislative elections in the 11th district of Seine-et-Marne, is the guest of the “4 Truths” of France 2, Monday June 13. Asked about the high abstention during the first round of the legislative elections, which was held on Sunday June 12, Olivier Faure believes that “the problem is that we are alone in campaigning” and calls on the coalition around the presidential majority “Together!” to be debated.

“The current presidential majority is on the way to becoming the presidential minority”, asserts Olivier Faure, who believes that “the left can win” in the second round of the legislative elections. The First Secretary of the Socialist Party calls for the mobilization of young people and working-class neighborhoods. Finally, Olivier Faure claims to have “information” according to which the Ministry of the Economy plans “to increase a part of the VAT” and calls on the government to “clarify” the situation.

from the same show