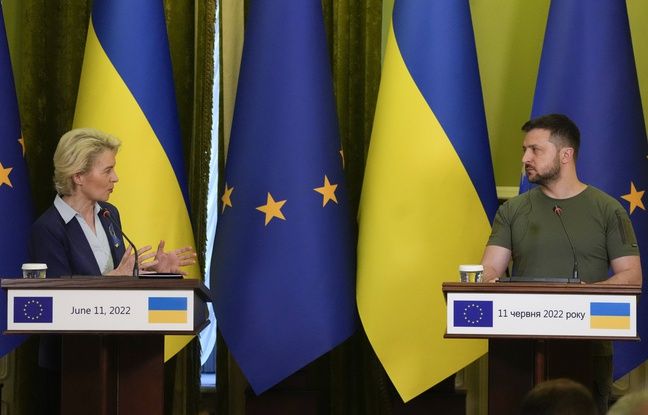 8:50 am: Soon an EU response to Ukraine’s accession

Ukraine’s request for candidate status for the European Union will soon be answered, the President of the European Commission promised on Saturday during a visit to kyiv. “Today’s discussions will allow us to finalize our assessment by the end of next week,” said Ursula von der Leyen, after a meeting with President Volodymyr Zelensky.

Ukraine is demanding a “legal commitment” allowing it to obtain official candidate status for the European Union as quickly as possible, but the Twenty-Seven are very divided on the question. “We want to support Ukraine on its European journey,” assured Ursula von der Leyen. “We want to look to the future. You have done a lot, but there is still a lot to do, to fight corruption for example”.

For Ukraine, the status of candidate would be “a starting point”, with the key to a long process of negotiations and reforms, for his part recognized Volodymyr Zelensky. However, he said in a video message on Saturday evening, “we will work even more powerfully at all levels to get the right decision. She is very important to us.”