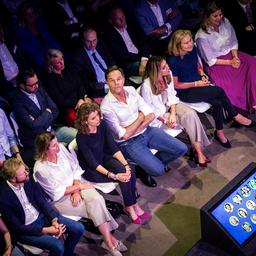 The VVD members are against the nitrogen plans of the cabinet and their own minister Christianne van der Wal (Nature and Nitrogen). The nitrogen plan presented on Friday goes way too far for them. Many farms will have to disappear, endangering the quality of life in rural areas.

During the VVD congress, 51 percent of the voting members supported a motion against the current cabinet plan. The motion is an advice and argues for a “careful, realistic and liberal nitrogen policy”.

The motion was submitted by VVD alderman Mirjam Pauwels from Assen and the South Holland States member Mirjam Nelisse and was co-signed by more than eight hundred VVD members.

Nitrogen emissions must be halved throughout the Netherlands, according to the cabinet plan that Van der Wal presented on Friday. In a large number of areas, the nitrogen percentage has to be reduced much further. These include the Gelderse Vallei, North Brabant and Limburg.

In addition, the nitrogen content in the protected Natura 2000 areas must be reduced by 95 percent. Many farms will have to end their business in the coming years.

War in Ukraine, live: a first humanitarian ship under the aegis of the UN is ready to leave Ukraine with cereals