Sheinbaum handed over the keys to CDMX to Silvio Rodríguez, “Distinguished Guest” 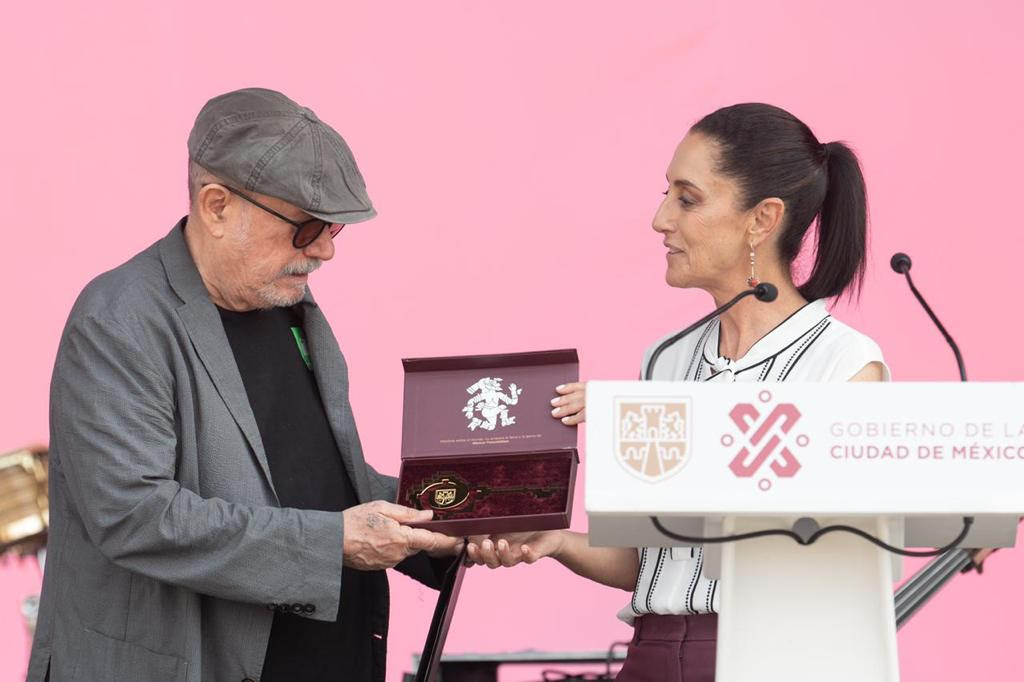 Claudia Sheinbaum presented Silvio Rodríguez with the Keys to the City and an award for being a Distinguished Guest (Photo: Mexico City Press)

This Friday the head of government Claudia Sheinbaum handed over the keys to Mexico City to Silvio Rodríguez for being a “Distinguished Guest”. The official acknowledged that the Cuban singer has had a great impact on society thanks to his music and his fight against injustice.

Hours prior to Silvio Rodríguez’s free concert on June 10 in the capital’s Zócalo, Claudia Sheinbaum gave a speech for the troubadour on the occasion of the recognition he gave her for being “Distinguished Guest” of CDMX and the Keys to the City.

“Today we are going to deliver a Distinguished Guest diploma and the Keys to the City. Thank you, Silvio, for being here, although in reality you are always here, in our lives, in our certainties, in our convictions, in our loves, in dreams, in the realization of always, in the fight for a present and a happy, supportive and transformative future” 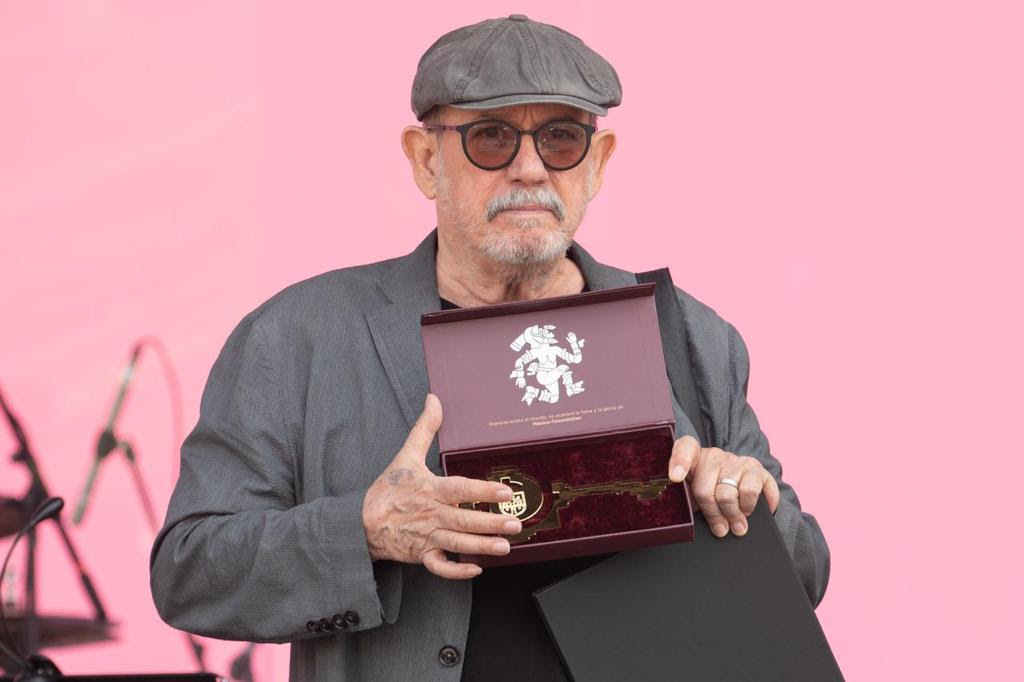 The president of the capital thanked Silvio for his struggles and his musical presence (Photo: Mexico City Press)

The president of the capital took the opportunity to speak out against the economic blockade against Cuba, as she said it is “a perverse tragedy that must end.”

In her speech, Claudia Sheinbaum also recalled the first concert where she saw Silvio for the first time, within the facilities of Ciudad Universitaria of the National Autonomous University of Mexico.

He also mentioned the occasion in which the interpreter of I wish He accompanied Andrés Manuel López Obrador in the swearing-in ceremony as “legitimate president” of Mexico in 2006, where he sang cloud tail and recited I give you a song.

“We give you the keys, distinguished guest Silvio Rodríguez of our city, although you opened its doors for decades, since that concert, as I was saying, in the Philosophy and Letters auditorium of the UNAM, where I saw you for the first time. 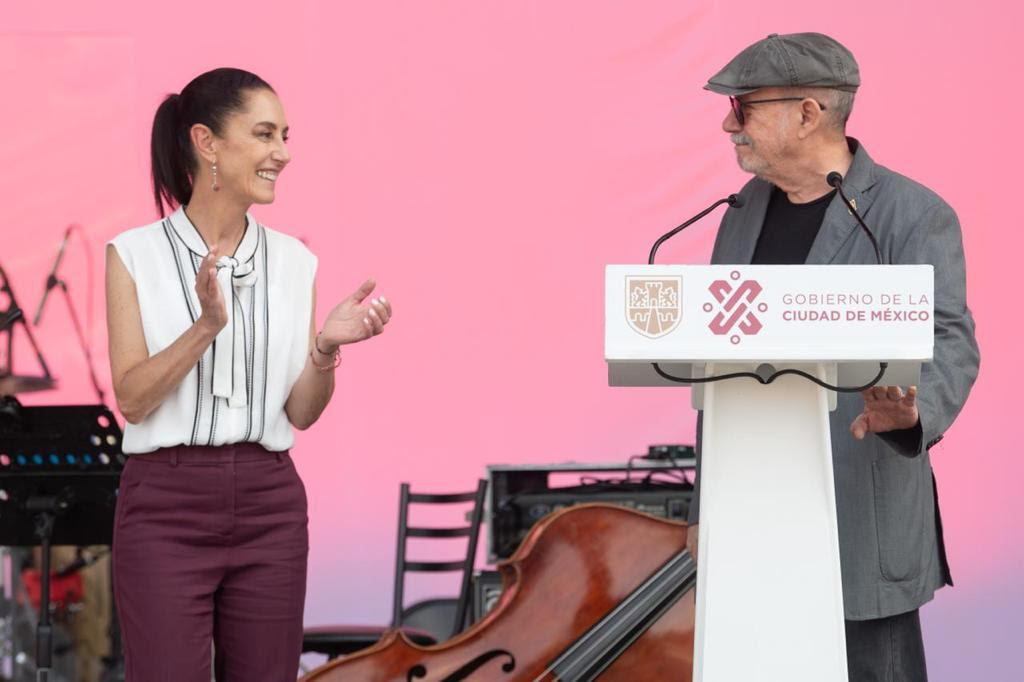 The singer said he was grateful for having been recognized in this way by the government of Mexico City (Photo: Mexico City Press)

“Or in 2006, when you were in solidarity in the Zócalo accompanying the current president Andrés Manuel López Obrador (AMLO) and you will continue to live here Silvio forever,” he recalled.

Among applause, the Cuban received the recognition as Distinguished Guest and the Keys to the City by the president and also offered a few words.

The singer-songwriter thanked Sheinbaum Pardo and took the opportunity to also remember the times he has been in the Mexican capital.

“Very grateful, very grateful from the heart that this city, that this lady who represents the city gives me this gift that, as she well says, is something that one already feels from how long she has been here, from how much she has visited , from so much that he has shared (…) in so many different circumstances, not always beautiful or hopeful like those that seem to illuminate us today. And nothing, thank you very much. Long live Mexico!” 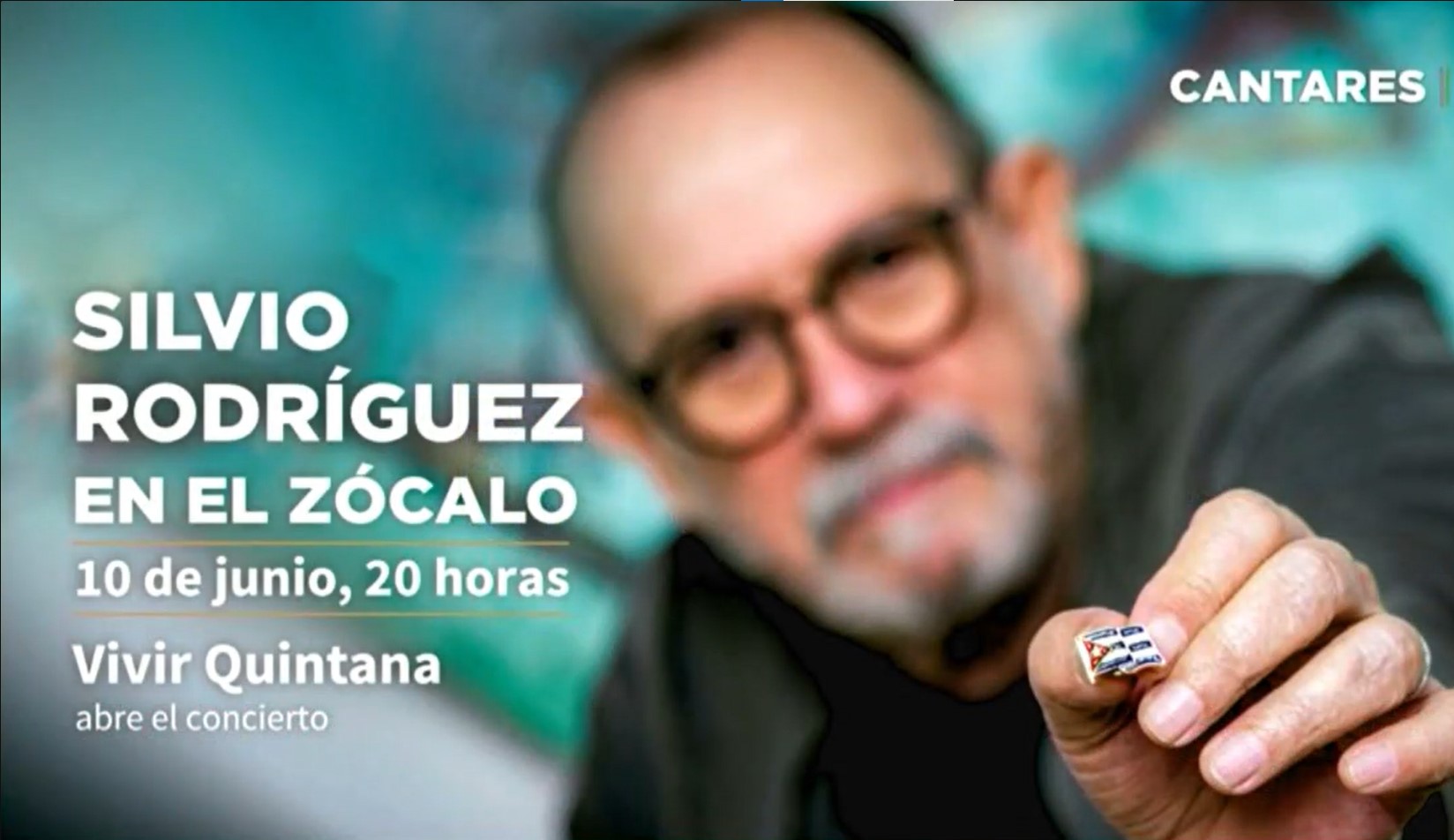 Silvio Rodríguez will be presented this June 10 at the Zócalo Capitalino (Photo: Twitter/@Claudiashein)

Silvio Rodríguez will perform free of charge at the capital’s Zócalo in Mexico City this June 10 at 7:00 p.m., an event in which the residents of the capital will be able to enjoy songs such as I wish, Oil painting of a woman with a hat, Who was y I give you a song on the Zócalo plate. The person in charge of opening the show will be Vivir Quintana from Coahuila.

Prior to the concert, the Committee of 68 for Democratic Liberties will perform in the first square in commemoration of the massacre of students in 1971, known as the falcon.

As announced by the head of government, the Committee of 68 accepted that the troubadour’s concert be carried out since “it is not just any concert, it is a concert by one of the leaders of libertarian causes.”

Fan denounced that Silvio Rodríguez scolded the public for singing at his concert at the National Auditorium: “We left before” Silvio Rodríguez dedicated a song to AMLO that he had previously sung to Fidel Castro Committee of 68 has already accepted that a Silvio Rodríguez concert be held in the Zócalo: Sheinbaum