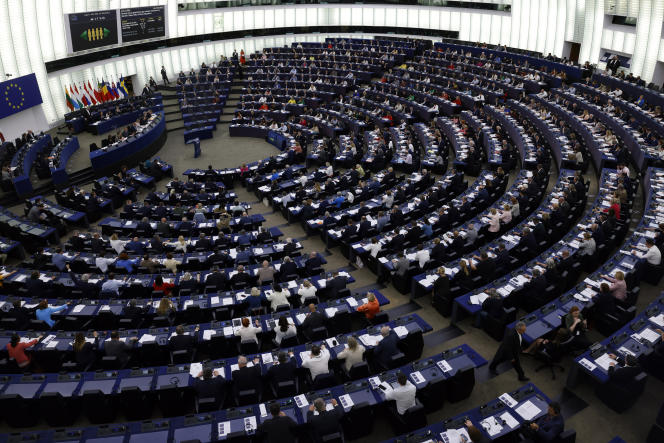 Pataques in the European Parliament. What should have been a historic moment in Strasbourg turned, on Wednesday June 8, into a veritable political vaudeville of which the climate transition was the victim. Although MEPs approved the end of the sale of almost all thermal vehicles in 2035, they failed to agree on one of the fundamental reforms for the European Union (EU) to achieve, such as it is committed to it, to carbon neutrality in 2050.

While they were called upon to vote on several texts – eight in all – pillars of the European “green deal”, they have, through successive and unnatural games of alliance, challenged the reform of the carbon market (known as ETS, for Emissions Trading System), on which CO2 emission permits are traded and which is at the heart of Community action for the climate.

On July 14, 2021, the European Commission presented fourteen legislative proposals intended to implement the climate transition which should enable the Twenty-Seven to reduce their CO2 emissions by 55% by 2030, and thus to set in motion to comply with the Paris climate agreement. Since then, the Member States on one side, the MEPs on the other have worked to try to decide on their position, before starting to negotiate between themselves in order to find a final compromise. On Wednesday, the European Parliament was supposed to validate this first step, which the capitals, for their part, wish to complete before the summer.

In recent days, Pascal Canfin, the Macronist MEP (Renew) who chairs the environment committee of the European Parliament, had intensified discussions in order to reach an agreement with the major political groups of the institution. He knew that it would be difficult to get along with the conservatives of the EPP, who have become “radicalized in recent months”, to use his expression. They “have moved closer to the climatosceptic positions of the far right”, he judges, after having lost several elections in Europe, in particular in Germany, where the CDU is no longer in power.

In fact, the EPP, which a year ago still supported the “green deal” of Ursula von der Leyen, the President of the Commission, from its ranks, had recently hardened its position. Sensitive to the arguments of industrialists most reluctant to change, the group has also tabled a multitude of amendments intended to slow down the ecological transition.

“Among the liberals and the socialists, there are also people who are very resistant to climate action,” adds Philippe Lamberts, president of the Greens group in the European Parliament. Within the Renew liberals, some delegations, notably the Finnish and the Italian, also wanted to slow down the ecological transition. Just like the Italians, the Spaniards or the Romanian social democrats (S&D).

You have 67.67% of this article left to read. The following is for subscribers only.