Ted Lasso actress Juno Temple, Med Men and Top Gun: Maverick actor Jon Hamm and Atypical actress Jennifer Jason Leigh join the cast of the fifth season of fargo (2014– ). Temple, Hamm and Leigh will play the lead characters Dot, Roy and Lorraine respectively. Not much is known about the plot yet, just that it is set in 2019 and answers two questions: when is a kidnapping not a kidnapping and what if your wife isn’t yours?

Fargo creator, writer, director and executive producer Noah Hawley and his production company, 26 keys, lead the creative team for the latest season of the true crime story. Warren Littlefield and his production company, The Littlefield Company, also serve as executive producers along with Joel & Ethan Coen, Steve Stark, Kim Todd, and Vincent Landay. Fargo is produced by MGM Television and FX Productions, with MGM Television being the main studio and MGM distributing the series internationally.

When the fifth season of Fargo will be shown on Netflix is ​​not yet known. For a complete overview of all new movies and series that will soon be available on the streaming service, you can visit our Coming Soon page on Netflix. 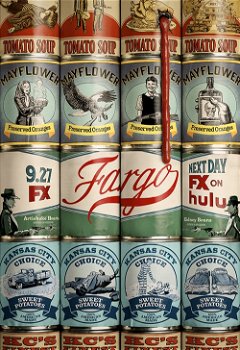 8.9 Watch on Netflix • ‘Fargo’ is an anthology series inspired by the 1996 Coen Brothers film of the same name. Each season of the series features a different story of crime in the icy Minnesota environment.

Stephen King enthusiastic about the result of Netflix filming of his ‘Mr. Harrigan’s Phone’ – Paudal