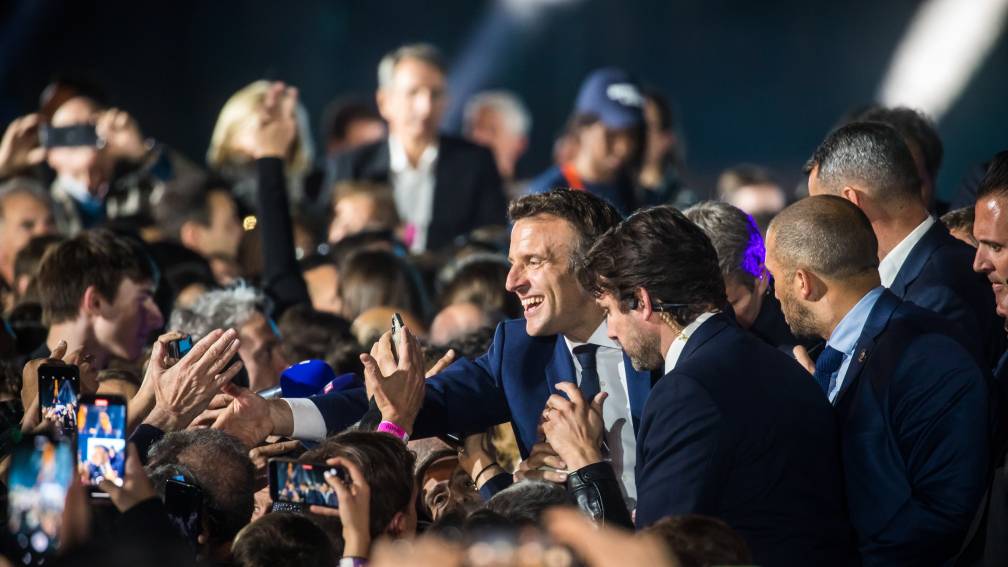 On Sunday, the French will again go to the polls, this time electing parliament. Polls show Emmanuel Macron regains a majority. But he has to take into account two major opposition blocs: the radical right and the radical left. More voters are rebelling against prevailing politics.

People are dissatisfied, especially in small villages in the countryside. In the Auvergne, in the center of France, traditional parties used to be voted on. But that has changed. Now most voters cast a protest vote on it.

Franck Petit, mayor of the small village of Alleyras, sees anger among its inhabitants. “A deep anger that goes unexpressed. Demonstrations are taking place in the city because diesel is 5 cents more expensive and the minimum wage is 1200 euros. Here people earn 300, 400 euros. They don’t demonstrate, they go to work.”

Globalization is punishing these regions, says Petit. “We are competed by countries that don’t follow the same rules as us and that’s why we don’t make it.”

“Is the government defending the interests of the French or of the multinationals?” the mayor wonders. “The farmland doesn’t interest them. That world is not interesting economically, you can’t make money with it. So they drop us.”

Fifteen kilometers away, Jerôme Vachey works as a teacher at a one-class school. Eighteen children from the region are taught there. “There really is a rift. We experience nature every day and then city people come and lecture us. Saying that we should respect nature, while they are in the city and respect nature based on protocols.”

“We have been betrayed,” says retired farmer Philippe Gazanion. “We with our simple values. We seem like those stupid farmers who have not understood anything. We get that feeling. But they have to realize that we are still here and that we are keeping the countryside alive.”

All the people he knows have voted radically against the government. “In the cities, people benefit from globalization. We don’t play a role. That’s why we vote differently here,” says a councilor.

Growing lettuce in the center

The Lyon metropolis – sometimes even called “Macron City” – is the prime example of a young, dynamic economy, as President Macron likes to envision. In the second round of the presidential election, three quarters of voters voted for the president, far more than the national average.

A restored former factory serves as a breeding ground for creative start-ups. The young entrepreneurs believe in their president, in the reforms he wants to implement, in the benefits of the European Union and globalisation. They look in amazement at French people voting nationalist, the anti-vote. People who want to stop change.

Hugo Jacomelli, on the other hand, sees that France quickly offers entrepreneurs financial support and legal assistance. He develops vertical farms and his first lettuce farm will open this fall in the center of Lyon. He received an investment of eighty thousand euros for his company. “In a 300 m2 building we produce as much as on 3 hectares of agricultural land.”

Is the lettuce farm not a competition for farmers who are already having a hard time? Jacomelli doesn’t think so: “The farmer who takes his lettuce off the land no longer exists. Everything grows in huge Dutch and Spanish greenhouses and is then transported to France.”

Antonin Guy, the young CEO of WeCount that calculates the carbon footprint of companies, is optimistic about the future under Macron. His company already has contracts with a hundred French entrepreneurs. “We define a target to respect the Paris agreements. Between 2020 and 2030, a company must reduce its CO2 emissions by 30 percent. Then we work out how those companies can achieve that one by one.”

The young entrepreneurs see the split in their country, but hope that Macron can carry out his reforms with a majority in parliament. Guy: “And that the climate problem is so important for the entire population that it brings us together. Because we are all affected and we can all play a role.”

“Macron allows you to implement projects,” says Jacomelli. “Projects that can improve the world. This will eventually reduce the population’s fear of innovation.”

The divide between the radical right and radical left in France is visible in Auvergne.

A political divide in France between the countryside and the city