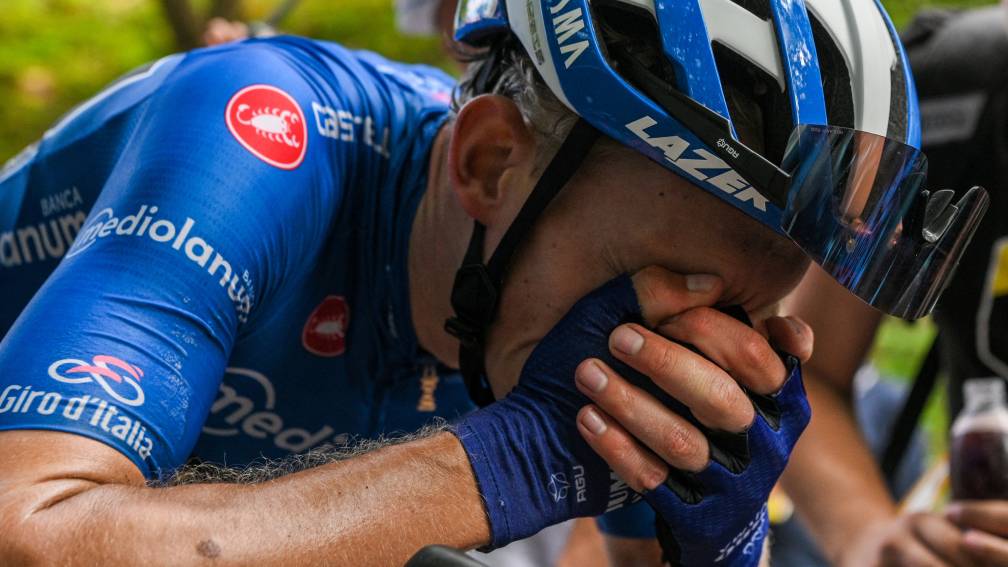 A week and a half ago, Koen Bouwman was living on a pink cloud. Or actually a blue one, because that is the color of the jersey of the winner of the mountains classification in the Giro d’Italia.

Bouwman not only became the first Dutchman to win the mountain jersey in the Giro (and only the fourth Dutch mountain king in a big round after Joop Zoetemelk, Steven Rooks and Gert-Jan Theunisse), he also went home with two stage victories.

The 28-year-old Ulftenaar was not able to enjoy the success for a long time. On Wednesday, the Jumbo-Visma climber fell during a mountain bike trip and broke his left wrist.

Due to the injury, Bouwman will in any case miss the Tour of Switzerland, where he would pick up again on Sunday. The Dutch championship on the VAM mountain on June 24 also seems to come too early for him.

The Tour de France was not on Bouwman’s program.

View the summaries of the two stages in the Giro d’Italia that Koen Bouwman won below.