Quintana Roo Elections 2022: Morena leads in the preliminary results of the INE 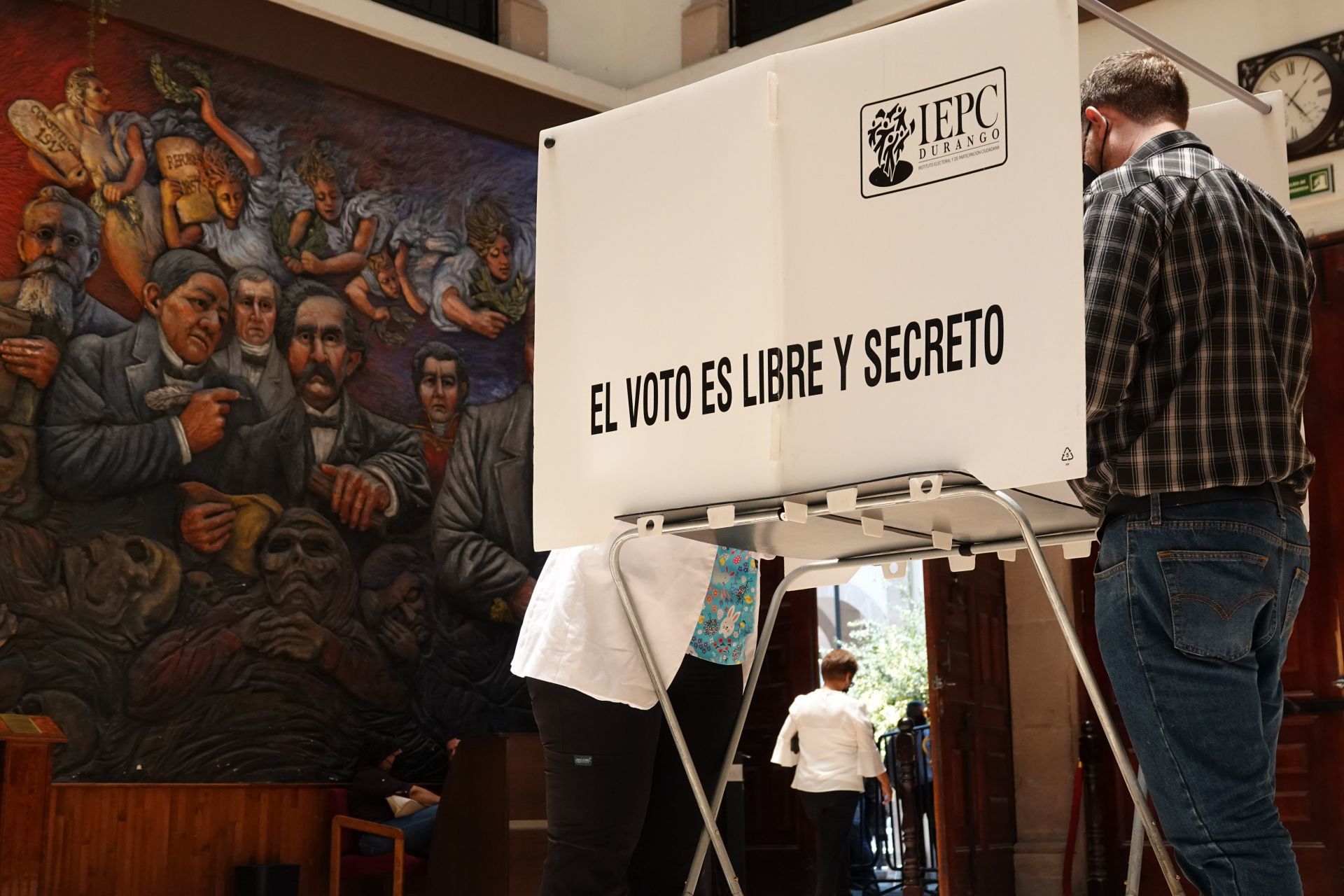 Mara Ledezma would have obtained more than half of the votes cast for less than 40% of the electoral roll of Q. Roo (Photo: Cuartoscuro)

The Pre-Electoral Results Program (Prep), of the Electoral Institute of Quintana Roo, began its operation giving the first results recorded for the elections this Sunday, June 5, in which the next governor of the state was elected.

The candidate of the Together We Make History coalition, Mara Ledezma, is at the head of the electoral results with 54.7174% of the votes in her favour, while second place is followed by Laura Fernández of the Va por Quintana Roo alliance, with 17.9351%, and in third position is José Luis Pech, from Movimiento Ciudadano, with 14.7995%.

The estimated participation of the inhabitants of Quintana Roo registered in the Electoral Register is projected at 38.9998%, which could be positioned as the lowest of the six states that held elections to renew governorships this 2022. 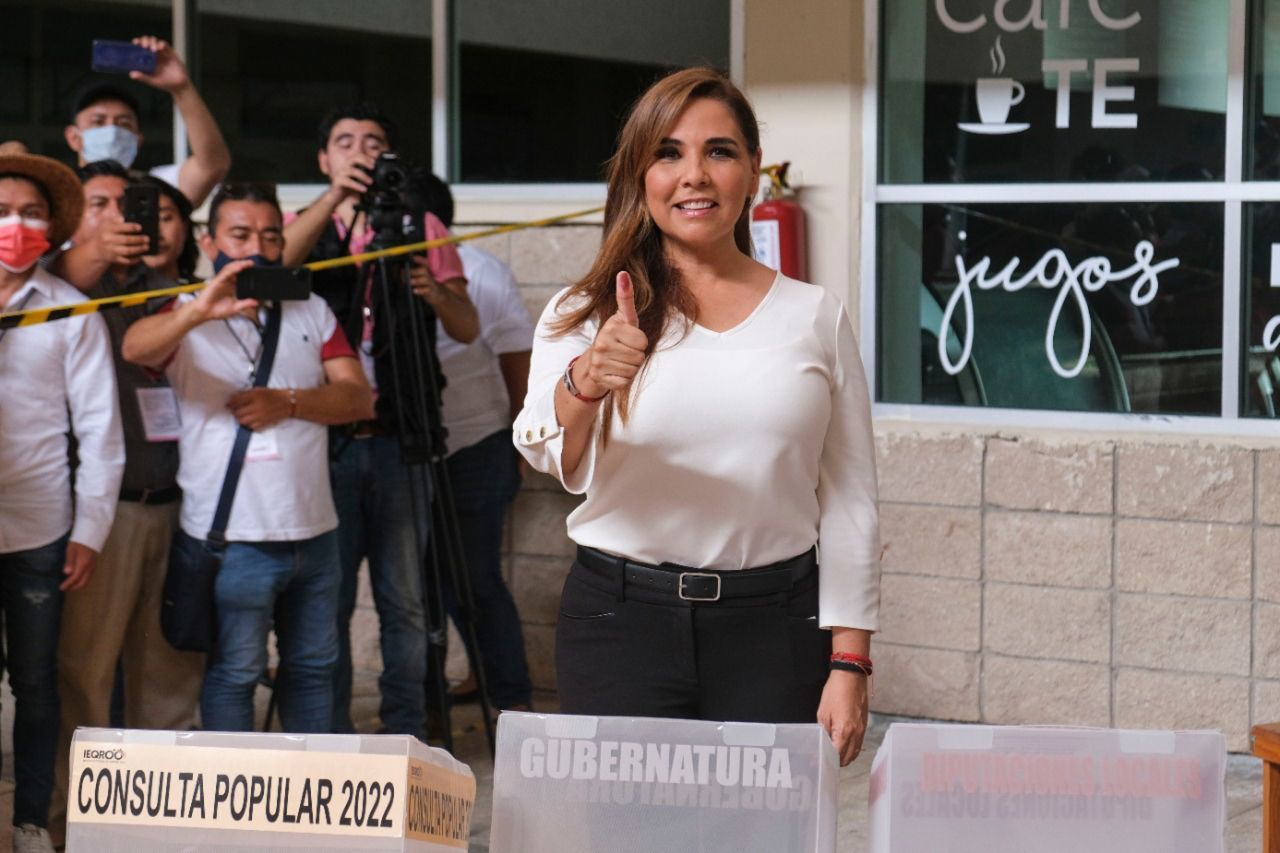 Mara Lezama is emerging as the virtual winner of the elections (Photo: Cuartoscuro)

On the other hand, the Technical Advisory Committee of the National Electoral Institute (INE) announced the rapid vote count for the election of governor in Quintana Roo, which announced that “of the 250 polling stations that make up the sample, they received information from 217 boxes, which represent 86.8% of the sample.

After the closing of voting booths in Quintana Roo, which occurred after 6 p.m. this Sunday, Mara Ledezma celebrated her probable victory in the governorship through a message shared through social networks, in which she thanked the population for their vote. . 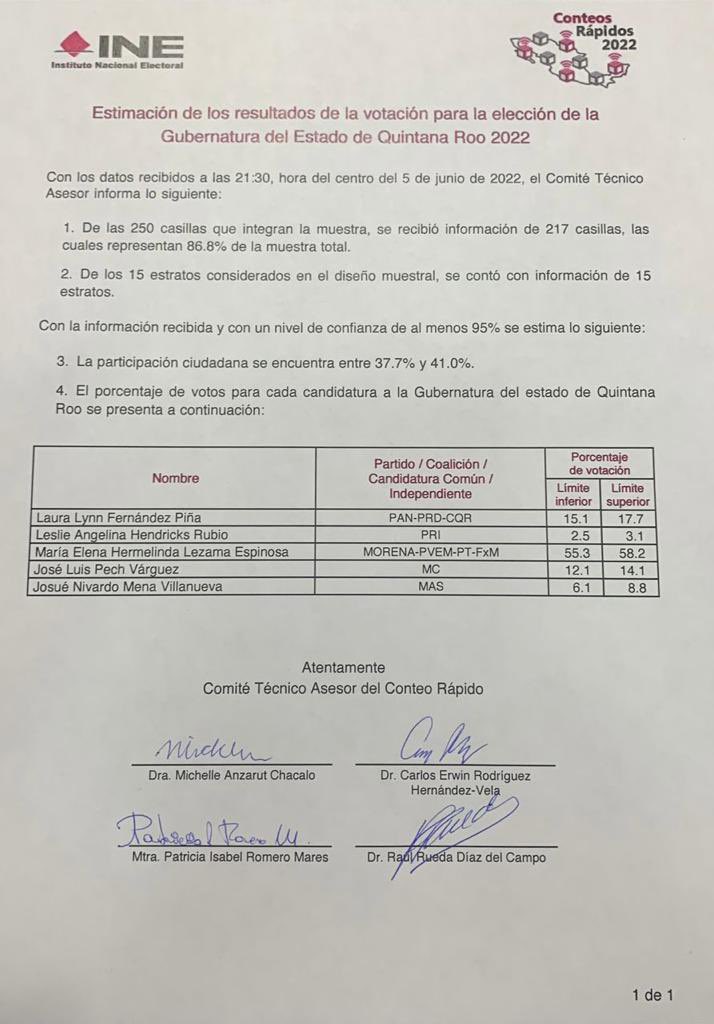 “With much enthusiasm, he informed them that Quintana Roo has decided for transformation and hope, with the coalition Together We Make History, with Morena at the head, all the electoral reports and all the public information from the exit polls give us a large victory. ”, stated the candidate.

In the same way, Mara Lezama assured that “it has been a day that has passed in peace and with great participation”, since “the families of Quintana Roo went out to vote with great joy”, in addition, she asked the citizens to remain in the polls to monitor the correct application of electoral protocols.

The candidate assured that she, together with her work team, will “build a new stage for Quintana Roo based on honesty and social commitment to the people,” as it will be closely linked to the actions of President Andrés Manuel López Obrador. . 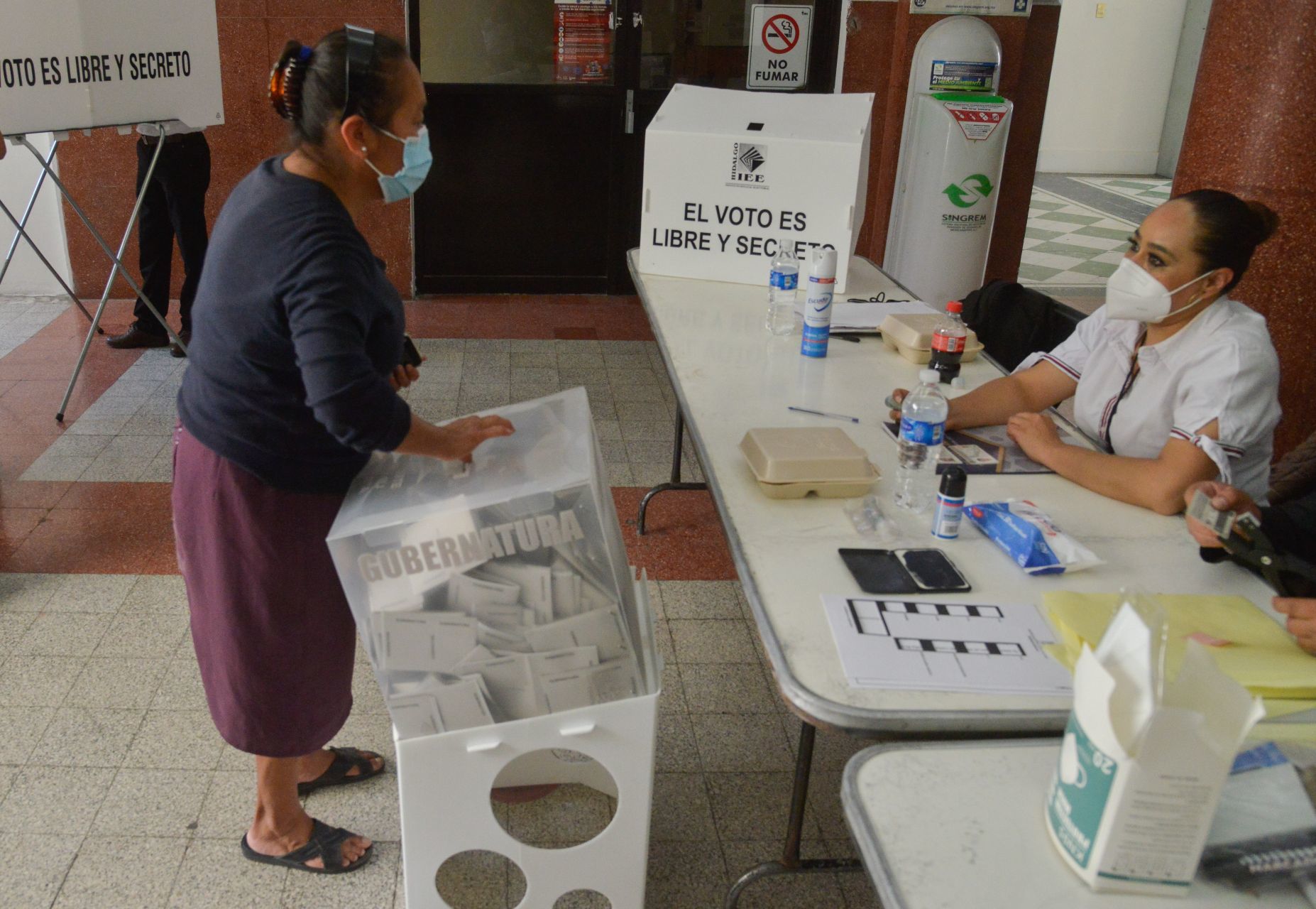 Mario Delgado congratulated the possible next governor through a press conference offered this afternoon from the Hilton Hotel in Mexico City, where he assured that “the next governor, (will be) the first woman in the history of that condition; Mara, congratulations from here”.

“In Quintana Roo we are happy with Mara Lezama, there is also an advantage. She is a woman who coincided with our movement, because she has dedicated her entire life to working for the people who need it most. And the wonder of this movement is that profiles like her make synergy with this movement, and see what is produced, we have a great advantage in Quintana Roo, “said the politician.

The candidate announced that she would move to Chetumal, the state capital, in the company of her family and campaign team; place in her in which she would wait for the results of the electoral day of this June 5.

Mara Lezama went to the polling place hand in hand with Yeidckol Polenvsky, who denied that there could be a possible electoral fraud in the entity, as she assured that, both she and the members of her party, “we want to trust the institutions and we trust that the people come out to vote.