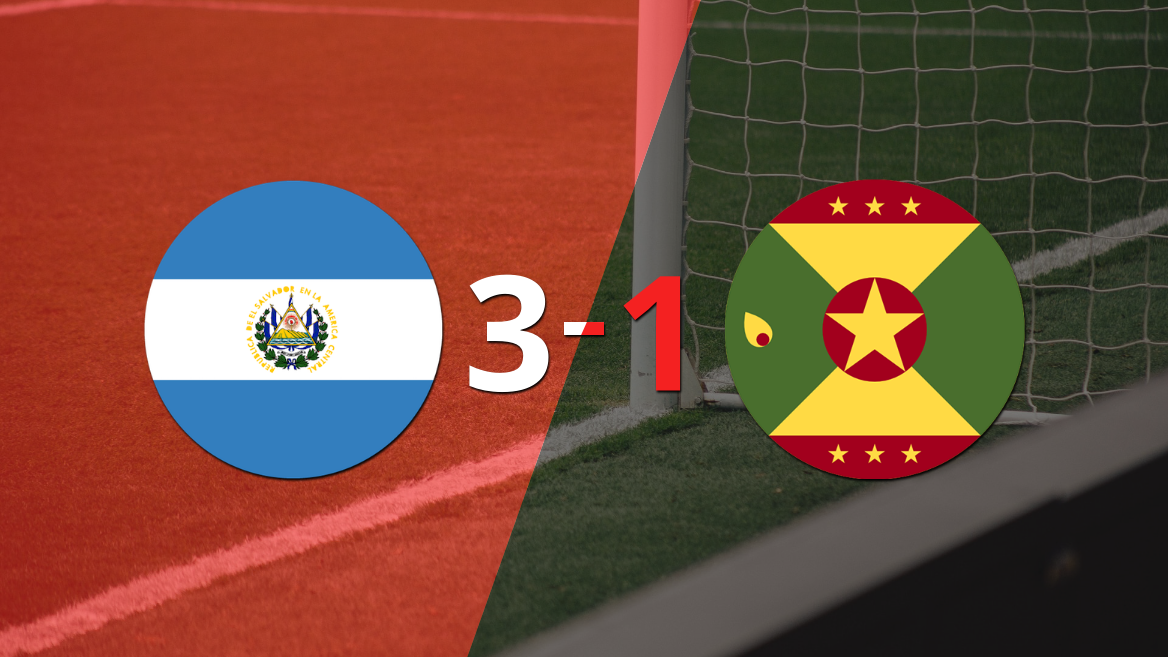 This Saturday, El Salvador took three points against Granada, winning 3-1 the game corresponding to date 1 of group D of CONCACAF – League of Nations 2022-23. The goals of the game for the locals were scored by Nelson Bonilla (1′ 1T and 42′ 1T) and Brayan Landaverde (9′ 2T). While the away goal was made by Alexander McQueen (3′ 1T).

The figure of the match was Brayan Landaverde. The midfielder from El Salvador scored 1 goal, made 95 correct passes, recovered 2 balls and searched the opposite goal with 3 shots.

Nelson Bonilla was another of the outstanding players. The striker from El Salvador showed his best level by scoring 2 goals, hitting the opposite goal 4 times and hitting 25 correct passes.

It was a duel with a locked game, marked by interruptions and fouls. There were 2 cautioned: Michael Findlay and Kwesi Paul.

The strategist of El Salvador, Hugo Pérez, stopped the starting eleven with a 4-4-2 formation with Mario González in goal; Roberto Domínguez, Ronald Gómez, Alexander Larín and Bryan Tamacas in the defensive line; Narciso Orellana, Brayan Landaverde, Jairo Henriquez and Dennis Pineda in the middle; and Enrico Dueñas and Nelson Bonilla in attack.

For their part, those chosen by Michael Findlay took to the field of play with a 3-3-4 scheme with Reice Charles-Cook under the three sticks; Kayden Harrack, Arthur Paterson and Tyrone Sterling on defense; Alexander McQueen, Shavon John-Brown and Ashley Charles at half court; and Benjamin Ettienne, Kharlton Belmar, Jacob Berkeley Agyepong and Jamal Ray Charles up front.

The judge chosen to direct the match at the Cuscatlán stadium was Luis Santander Aguirre.

For the following date, El Salvador will act as a visitor against Granada and Granada will receive El Salvador.

With this result, El Salvador achieved its passport to League A – CONCACAF Semifinals – Nations League 2022-23.