Central America Counts: the debate on diversity in a meeting marked by the anti-democratic turn in the region 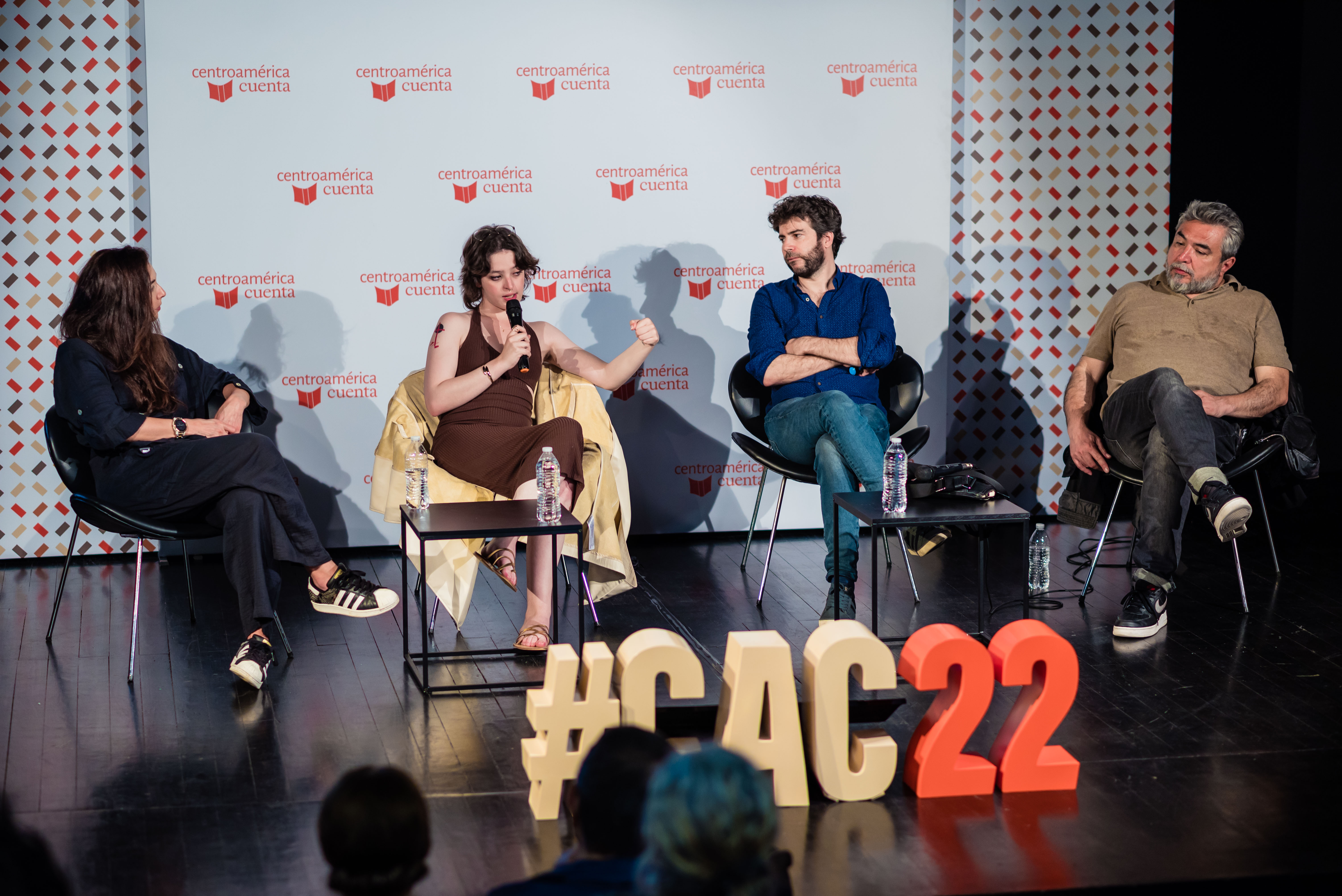 The Centroamérica Cuenta festival, held this year in Guatemala due to the repressive situation in Nicaragua, had top-class guests such as Spanish sensation Elizabeth Duval (second from left).

The literary festival Centroamérica Cuenta was held last week in Guatemala. This space that seeks to expand the conversation of this isthmus with references of literature in Spanish finally returned to face-to-face after the sum of several problems: the pandemic and the exile of many of its Nicaraguan organizers. From May 26 to 29, this meeting of authors permeated with two pertinent discussions for this moment: the notoriety of anti-democratic overtones in the governments of the region and the dilemma of representation and labels of “diversity” in creative spaces.

The director of the Festival Claudia Neira Bermúdez says that this space born in Managua has become itinerant since the political crisis in Nicaragua. When the festival became virtual, in 2020, they started a program called “Contar en plural”, which focused on talking about sexual diversity, identities, and literature. “We would like not to have to put labels, but we think they can be useful. We cannot talk about telling if we do not think about the diversity of stories, ”she explained about the decision.

That same debate was reflected in the tables of the festival. At the table “What we have not yet talked about in our books” there were two referents of this: the Spanish Elizabeth Duval, known for the essay “After the trans. Sex and gender between the left and identity” (2021) and her novel “Madrid will be the grave” (2021); and Cristian Alarcón, a Chilean writer recognized for his journalistic work and winner of the Alfaguara Prize with his first novel “The Third Paradise” (2022).

This conversation was not exempt from responses about how LGBT+ people have written and told about their ways of seeing the world.

Alarcón recounted how when he was editing a book of stories about the body, he could not write it because he was captivated by a memory: how, being a very feminine child, “my parents and a psychologist in a town in Argentine Patagonia decide to inject me with testosterone to masculinize me,” and how, before that memory, what he could write was a poem. And how, later, he took it to a novel after that long silence. Novel that won one of the most important awards in Latin America. 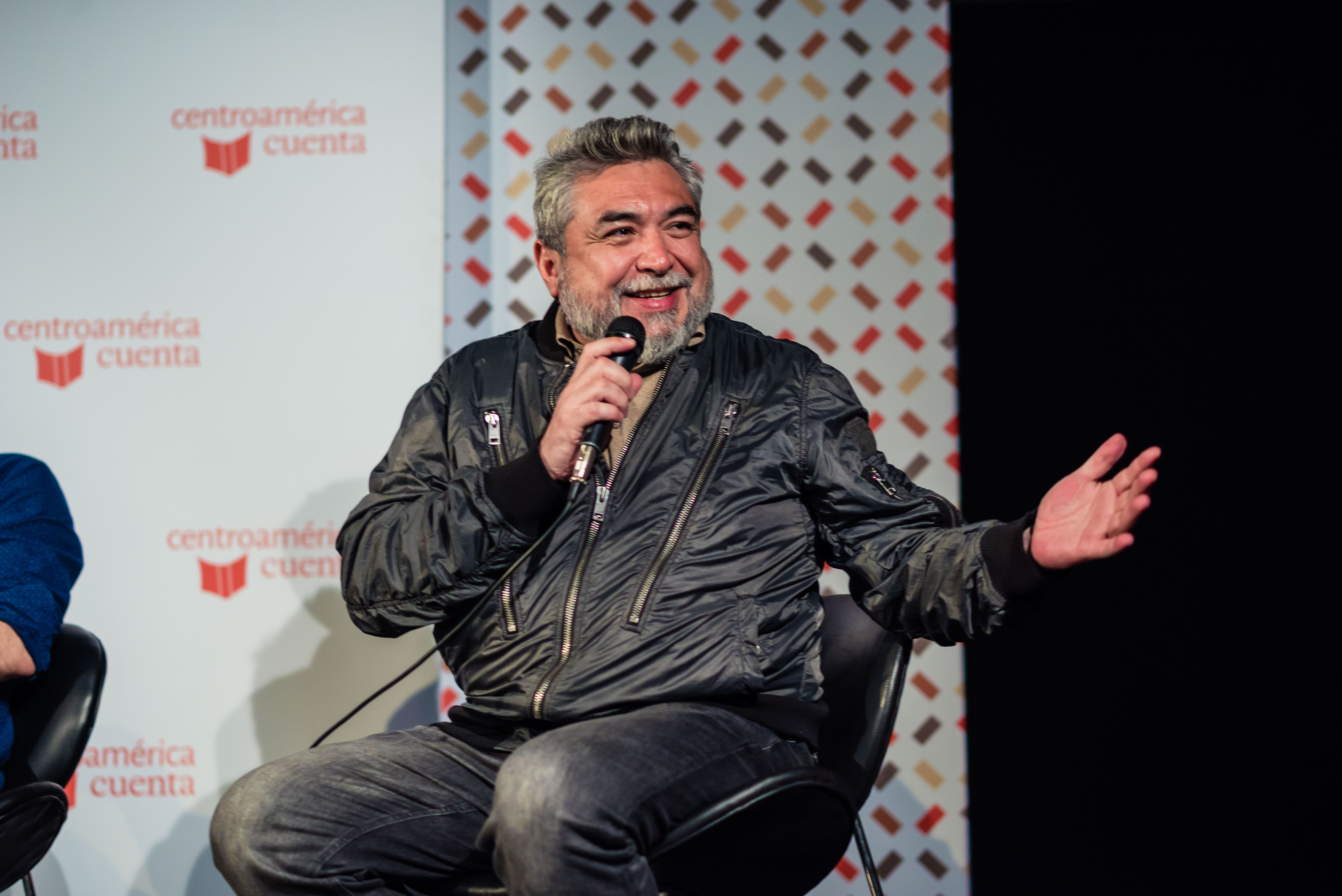 Cristian Alarcón, the latest winner of the Alfaguara Award, was among the guests at the festival.

In another space, in which the relationship between who writes and time was discussed, Elizabeth Duval made reference to that double role assigned to her, that of writer and that of activist. In the essay “After the trans” from its first page she says that she is retiring from trans activism. “There was a part of lies” in this statement because last year during the debate on the trans law, Duval was one of the most active voices in defense of this legal reform “much to my regret, in part… because the militancy… is an activity that can be immensely tiring, that makes a dent, leaves a weight and a hole on one’s body”, he explained when speaking about the social commitment of the writer. “I consider that it is impossible for me to write in a position far from reality, but I make a very clear distinction between the work of literature and that of militancy,” she distinguished.

The great reference of queer literature in Spanish, the Chilean Pedro Lemebel, provided a guide for Cristian Alarcón when weighing up between the debate of the themes and the forms at the time of writing. “Cousin, don’t be so weona to become an expert”, warned Lemebel. “They are going to want to turn you into an expert and you are a writer,” recalls Alarcón to explain that when it comes to writing, entering it only for the issues of sexual diversity is what the academy does, when literature is much more arbitrary and enters him on a tangent: through characters, territories, jokes. By other ways.

Lessons like that are what Alarcón shared two years ago with other Central American authors in a version of his queer chronicle workshop. For several days, journalists, writers and other voices from the region such as The world of Orellana (Honduras), José David López (Guatemala), Camila Schumacher (Costa Rica / Argentina) o Karen Villeda (Mexico) they worked on their stories and polished their texts through his guidance and comments.

In a Central American setting, problems of a smaller and under-resourced publishing market, as well as the ability of existing efforts to publish and promote local voices, became apparent. In Central America, most LGBT+ authors have created their own spaces: magazines, fanzines, festivals, self-publishing. And against this background, the celebration of voices like Duval and Alarcón can seem dissonant or stimulating, depending on the moment. 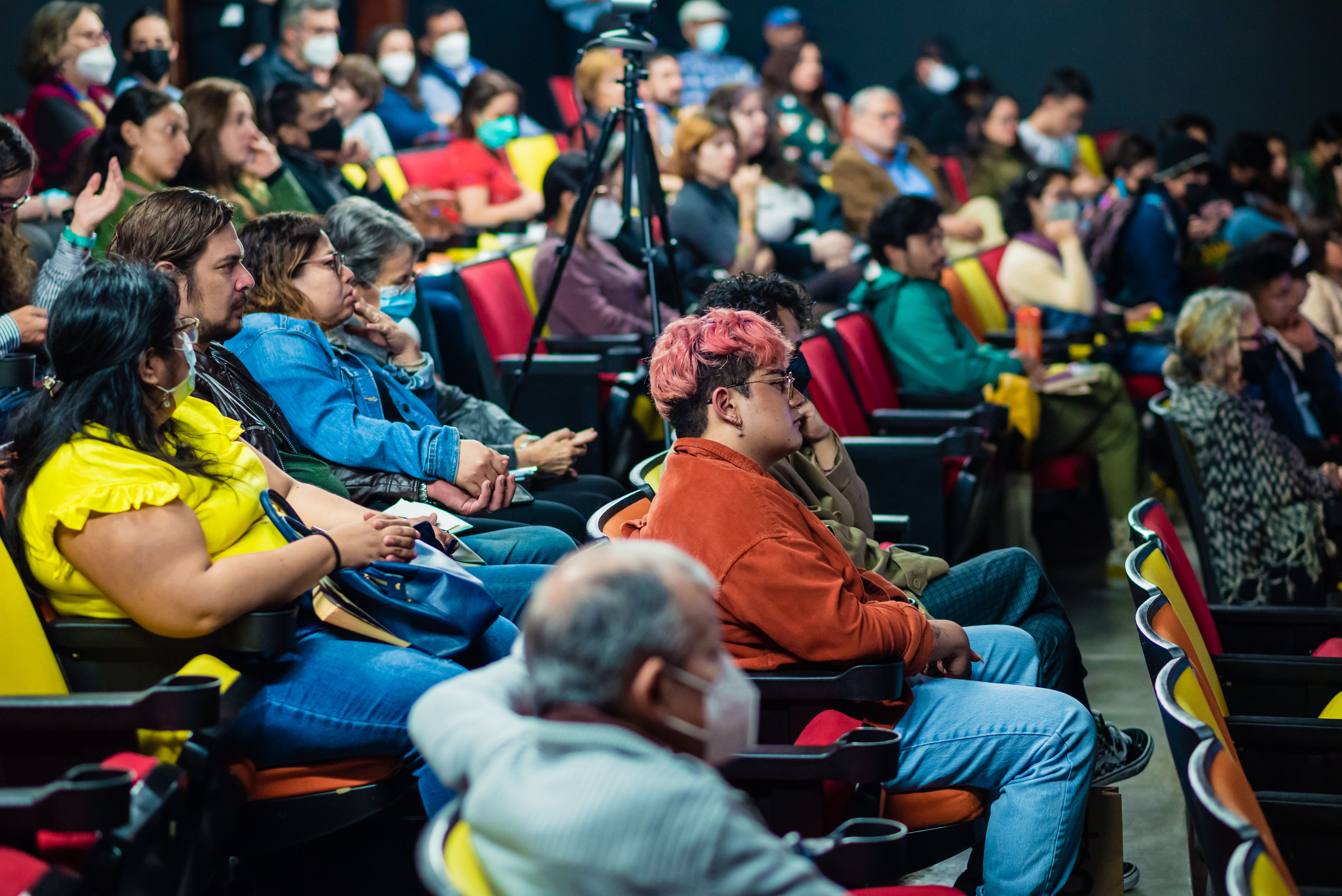 For Noe Vásquez Reyna, a non-binary writer and columnist from Guatemala with several short story and poetry publications to her credit, the figure of Duval was liked not only for the representation. “It shows that trans people are involved in many spaces and that we can talk about many issues”, but also because of their ability to enter deep issues using few words, and a way of thinking and speaking that is “captivating”.

Vásquez also highlighted that, unlike other spaces, in this one the strength and presence of writers who, through their narrative, address issues such as femicides (Selva Almada) and disappearances (Dolores Reyes) were notorious, in a festival that highlighted the conversation about memory, telling the stories of the region, built in polyphony.

In this line, for the director of the meeting, it was important that it be a space in which the diversities of society are represented.

And so. Third time lucky, after trying in 2020 and 2021, the festival finally resumed attendance at the Spanish Cultural Center in Guatemala and other spaces such as theaters and bookstores. Intense days with various activities such as talks, a workshop on writing and editing stories, book presentations, poetry recitals and other related activities that address the transcendental issues of contemporary Ibero-American literature. With the participation of more than 400 writers, filmmakers and artists from Central America, and the rest of Latin America, as well as from the United States and Europe.

He was a punk kid. Now, she is one of the most incisive thinkers on modern lifeLabor inclusion and safer cities: Colombian candidates’ proposals for the LGBT+ communityIn Chile, the explosion of ballroom culture makes the dance floor evolve