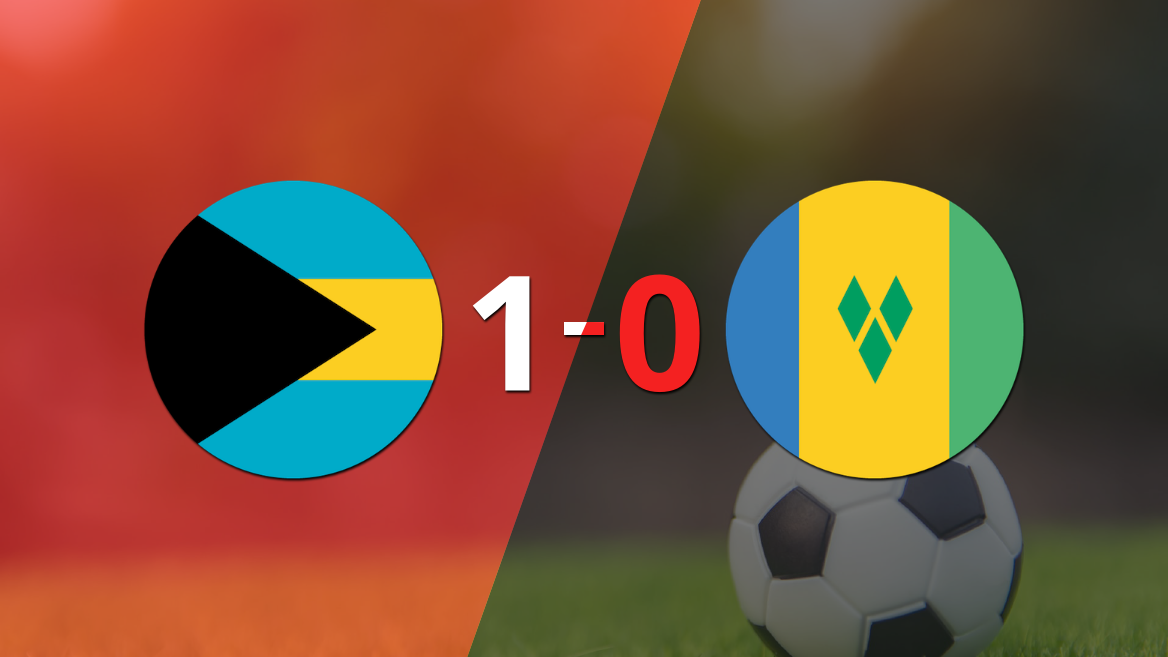 The Bahamas beat San Vicente 1-0 at home, in a match for date 1 of group C of the CONCACAF – Nations League 2022-23 tournament. The locals scored the only goal of the game 22 minutes into the second half, through Lesly St Fleur, from a penalty.

29 minutes into the first half, striker Terris Joseph had a chance to open the scoring, but his shot bounced off the post.

The best player of the match was Lesly St Fleur. The Bahamas midfielder scored 1 goal and made 14 key passes.

Derrick Ferguson was also key. The Bahamas defender had a good level by clearing 2 dangerous balls.

The constant interruptions made for a locked game, which was marred by fouls. There were 2 cautioned: Nazir McBurnette and Marcel Joseph.

For its part, the Kendale Mercury team took the field with a 4-4-2 scheme with Jadiel Chance under the three sticks; Iruel Matthias, Mekeal Williams, Dorren Hamlet and Najima Burgin in defense; Nazir McBurnette, Addeen Charles, Kurtlon Williams and Keshorn Durham at half court; and Cornelius Stewart and Terris Joseph up front.

Jorge Pérez Durán was the referee who directed the match at the Thomas Robinson Stadium.

The Bahamas’ next game in the championship will be away against Trinidad, while Saint Vincent will host Nicaragua.