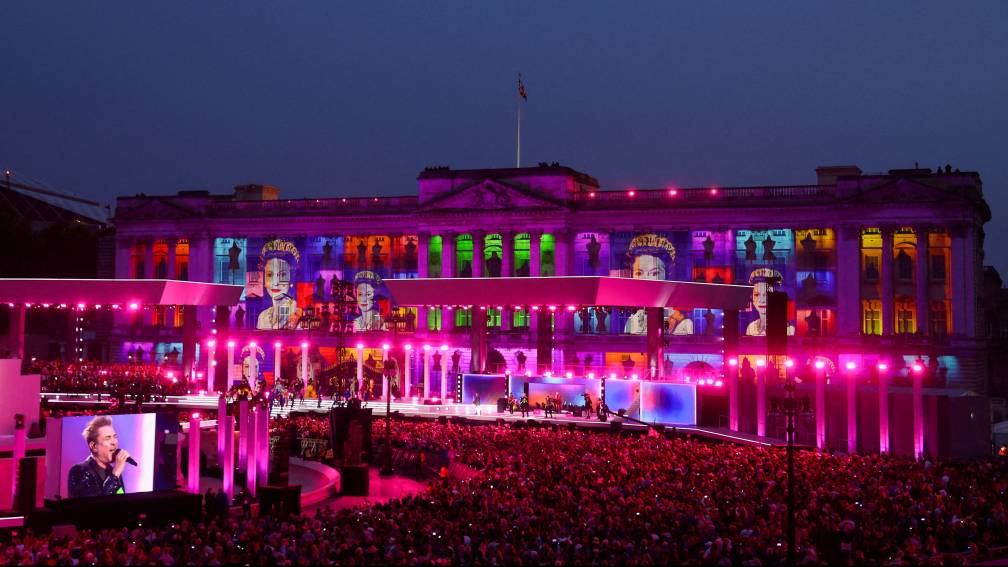 Britain’s Prince Charles paid tribute to his mother, Queen Elizabeth, at the anniversary concert at Buckingham Palace. “You cry and laugh with us, and most importantly, you have been there for us these seventy years.”

Charles, with his wife Camilla by his side, thanked mummy on behalf of the whole world. Serving the British people is the reason she gets up every day, he said. “You swore to serve all your life, and you still do. That’s why we’re here. That’s what we celebrate tonight.”

The 96-year-old queen herself was not at the concert in honor of her 70th anniversary on the British throne for health reasons. She is very sorry about that, Charles said at the end of his speech.

“But Windsor Castle is only 20 miles from here,” the Crown Prince told the 22,000 spectators. “If we cheer loud enough, maybe she can hear us. Let’s all join in.” After that, there was a loud cheer from those present.

Although Elizabeth herself was not at the concert, she could still be seen at the beginning. In a recorded video, she had tea with Paddington bear and revealed that she shares his fondness for marmalade sandwiches.