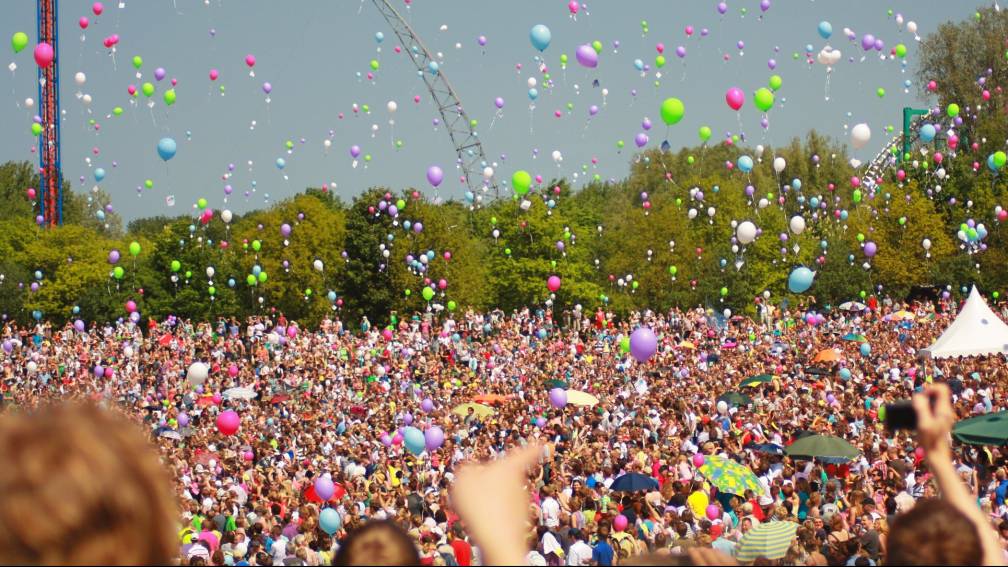 Voshol thinks that current events will be discussed at the festival. He expects, for example, that prayers will be started for the situation in Ukraine. “But for me that doesn’t have to be repeated every shift. There are more problems in the world than just that.”

The festival has been held since 1971 on a camping site in Vierhouten. It grew in popularity so much that the organization has held it at the Walibi festival site in Biddinghuizen since 1996. The 2018 edition was attended by approximately 75,000 people.

Visitor Daphne Lindhout (27) works, among other things, as a volunteer in the zone for young children, but still has enough time left to watch the program. Although she mentions singing religious songs together as one of the highlights, she mainly goes to the sermons at the festival. “I choose speakers I’ve heard before at festivals and in church. I’m autistic myself, so it’s important that it comes across clearly to me.”

She also finds it important that she can share her faith with others. “Certainly in this time with corona it was tough and then you look for people from the church community to talk to.”

‘Lowlands is too busy’

In just over two months, Lowlands will take place on the same site, but you won’t see Voshol there anytime soon. “Lowlands is a bit too busy and noisy for me. I don’t like hearing a bass note in my ear all those days. It doesn’t really serve any purpose.” Because he finds “the religious conviction of the event” especially important and says he wants to be made to think.

Alcohol is not allowed at the festival. Lindhout: “Drinks and drugs are strictly prohibited here. The bars here sell soft drinks and the ice creams are also popular, but there is no beer or wine.”

Nevertheless, there is wine at an event: Sunday morning the holy supper is celebrated, she says. Traditionally, wine is served in the church that symbolizes the blood of Christ. “Here at the festival, berry juice is actually served, but whoever wants to drink wine then gets a little wine.”