Alejandro del Prado, the “crazy man from Buenos Aires” who stopped recording for 23 years and returned to delve into the city of Buenos Aires 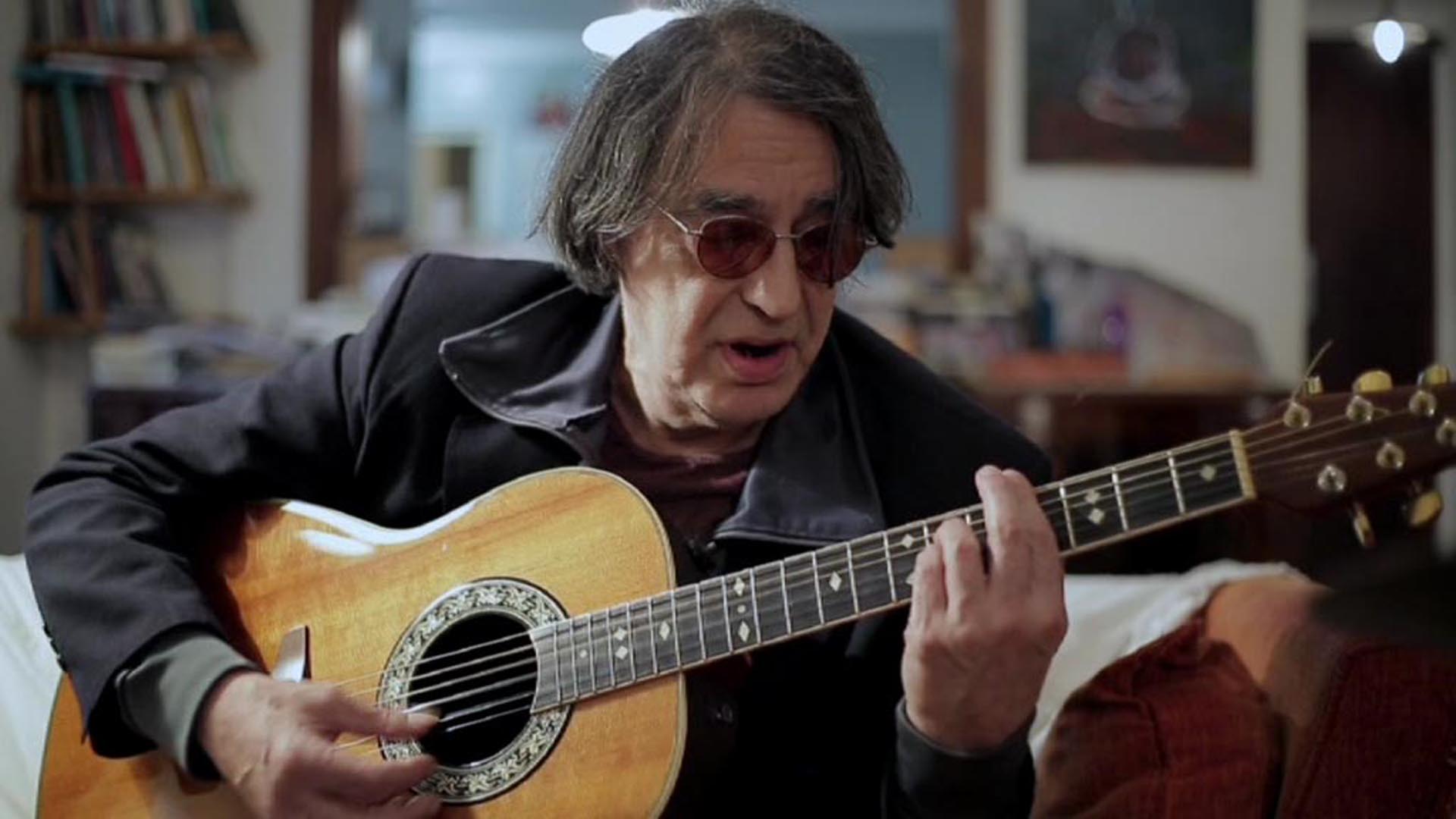 Alejandro del Prado, the “missing link” between tango and rock

I don’t know if it’s a good time, but in any case I guess there will never be a good time to start a story like this.

I am from Buenos Aires, although I do not exercise.

Medullary and I am literally from Buenos Aires. I was born on a Monday when it rained very early in the morning, at the Railway Hospital, which was in the port of Buenos Aires. Where is the bus terminal today? My father told me that the first thing I saw of the world I reached from a window was a port winch. So it would be difficult for me to hide it.

In this picturesque part of the world so prone to dichotomies, the porteño, from time to time, is poorly referenced. I don’t know why deep down, but I have my suspicions. After all, what has made this city of Buenos Aires grow and develop since the time of the viceroyalty without having the gold of Peru, or the Andean mines or the study houses of Santiago del Estero or the University of San Felipe that had chili?

This city was going to be filled one day with extravagant people, not only with looks but also with extravagant principles and plans. I say extravagant not to say other more unpleasant adjectives. For this reason, the porteño is born, grows and develops among these people, always thinking that the gateway to the city is a port.

The porteño, like the puntano, the tucumano or the rosarino, maintains impregnable codes regarding their original sin. Well kept secrets, not because they are joints but rather because they are difficult to transfer. Things that are not always visible but are always in some corner.

While visiting Córdoba, Negro Coy took me one night to a ditch in the city that I would never have reached alone, and from that moment on I loved Córdoba more. My brother has lived in San Luis for many years, I have cousins ​​in Comodoro Rivadavia and friends spread throughout this country, showing me that each city has its own vibe and its own unwritten laws. It is obvious that Buenos Aires has its own, although the Buenos Aires vibe for many is something disastrous. Rare.

One of the great painters of Buenos Aires, stealthy, arcane, for me the best of all those who have tried from music, is Alejandro Del Prado.

Alejandro is from Buenos Aires, obviously, an exceptional musician, who was once a guitarist for Alfredo Zitarrosa and a back-to-back collaborator with Lito Nebbia. Beyond that he was also a physical trainer at Argentinos Juniors and mason foreman.

There aren’t many Del Prado albums, I know of 2, they told me he has another one (Editor’s note: Dejo Constancia, from 1982). The ones I have are Los Locos de Buenos Aires from 1985 and Yo Vengo de Otro Siglo from 2008. 23 years between them. In the first he shared credits with Nebbia and Silvio Rodriguez.

The first I had of him was Los Locos de Buenos Aires. That song was playing a lot on the radio at the time, and their shows at the Kraft Auditorium on Florida Street, or at La Trastienda and Sham’s were the meeting point for the reigning rock scene. Although he was quite far from the rock world, he respected and idolized him just like Luis or Charly or Nebbia.

Tireless poet, lucid observer of urban uses and customs, Alejandro Del Prado painted all of us because he was one of us, perhaps older, more seasoned, more travelled, but he was just one more. Perhaps one of the most relevant artistic achievements, universally speaking, is to never stop belonging to those of whom you speak.

“The crazy people of Buenos Aires

Filling the night with sun

with his strength, with his art.

They are loose through life

with his faith, his fantasy.

watch out for those people

It is not known what they intend.” 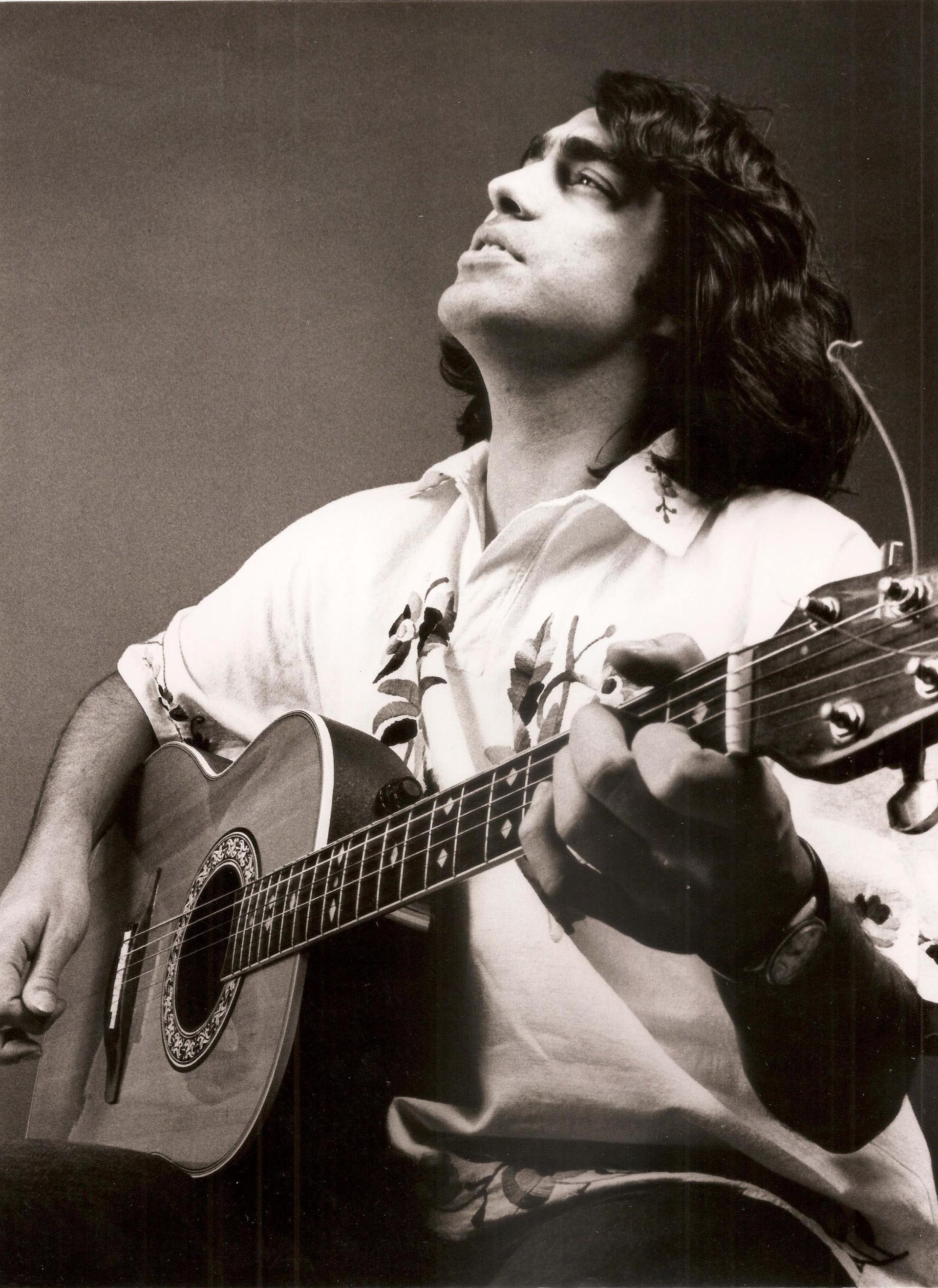 From 1985 we come to this millennium to see the continuation of Los Locos de Buenos Aires, because it is in 2008 when Yo Vengo de Otro Siglo appears. Summit work of an unrepeatable minstrel.

I always had the emotion of finding his album, and the tears that I could not hide, moved in my loneliness listening to “Hijo de un puerto”, a song that was impregnated forever in that mixture of inorganic chemicals and personal molecules that some call soul.

I talk to Alejandro about the song. “’Hijo de un puerto’ is a song that is many years old. It comes from having sailed, it was born there, I was with Saloma, a group we had with whom we did work on cruise ships. The ports were something essential that we always had included in the road. We had the theory then that Buenos Aires, as it had a port, was a place of departure and arrival of all things, that’s why it says ‘so much to see arrive, so much to see leave…’ that was the first thing that worried me. Later as an inhabitant of this geography in which the place that had touched me was the port.”

In the way of lighting a cigarette,

In the way of fixing your underpants, and spitting out coté

You are the son of a port, I know

For your fine love of foreign things,

For the lonely For the mate.

What gave birth to it!

Life is hard in ports.

One becomes desensitized, it is true.

What gave birth to it!

Life is hard in ports.

I tell him that his handwriting is very precise, understandable and almost indulgent.

Alejandro says as if he were talking about someone else’s work: “He has two texts together, in the first it’s like he dissects him, he tells him everything, you’re the son of a port, I know it because of this and that… with an influence to Charlie, did you see? Speaking in the third person is like speaking in front of a mirror. And the second part is more containing, ‘what gave birth to him, life is hard in ports’. She goes like a milonga rocker. We demoed it in the ’80s with Indio Insuzarri, Emilio Del Guercio’s cousin, we played it live a lot. I later recorded it in many versions, with Posporteños, a band that we put together with Daniel Ferrón and Rodolfo Garcia for example, always milongaada…”

Look at you, I tell him, it ended up being half techno, I hit it on my radio show last Saturday between Massive Attack and Max De Castro from Rio, pure electronics of the best strain. It was a phenomenon…

Alejandro tells me: “In 2006 I recorded it alone, in my studio, that’s where I found myself doing it digitally for the first time. On the computer, that’s where I was introduced to loops and samplers. So that thing of being able to hit things with her came in very handy, she has choirs, the bandoneon part, she has questions of murguera percussion, congas. I was trying all that and we got to these 6 minutes of the song… “

He closes his eyes and looks inside his head for something… I don’t know what, he comes out with this. Alejandro Del Prado in elevated mode: “Son of a port for the city of a port. Buenos Aires, Santa Maria de los Buenos Aires was the protector of the ships that are far from her port, so that they find winds that move their sails… ”

Like a kind of Iemanja, but ours, something good from Buenos Aires, to make our own version of a universal myth. I limit this, not at all. 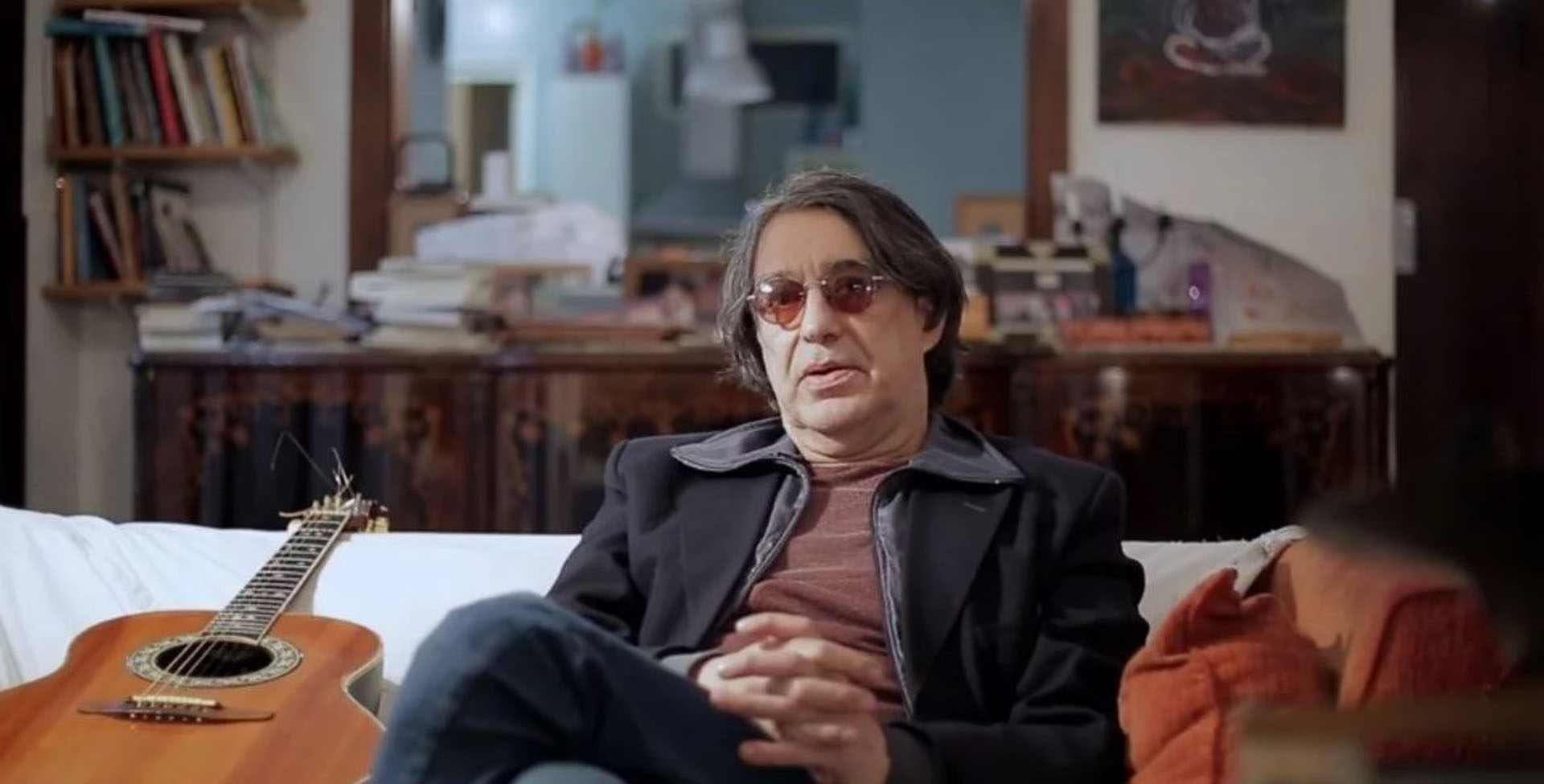 Alejandro Del Prado continues: “It begins with a tango guitar plucking inspired by a milonga by Roberto Grela, and then the choirs that are much needed for me come on. Son of a port to some it sounds like a son of a bitch…, and he tells him don’t stay still, you have to go son of a port, like a destination… Knowing other ports, traveling, in the ports the guys have their own uses from there, they light cigarettes strangely, to save themselves from the winds… a banking song for the inhabitants of the ports. Musically, in the ports there are particular musics, which then travel through the plain, and end up in the mountains, and end up being all different, right? Now everything is much more stilted, in this new music there is a lot of broken rhythm, like in the milongas.”

Talking with men like Alejandro Del Prado leads you to evoke genuine music, which while traveling transforms itself until it is all different. But genuine music is divine, of divinity I say, and they all fit together from there, becoming a single music. That’s why I can hit Alejandro Del Prado with David Byrne, Lou Reed and Serge Gainbourg on a radio show. For the genuine and beautiful of his songs.

To finish, I ask him about the howler monkey that appears in the song. Alejandro del Prado: “That little monkey is a toy of my granddaughter…”

In case “Son of a port” was missing something to be complete, that is precisely what brings to mind those funk bands like Parliament or Funkadelic, who put sounds of toys in their songs to differentiate themselves from cultured and stiff music.

Diego Frenkel and La Portuaria: the sound of the beginning of the end of 1 to 1 and the song of the entrance to adulthoodFrom Manal to Eruca Sativa: the history of the greatest trios, cornerstone of national rock