In Germany, the transport revolution comes up against the weakness of the rail network 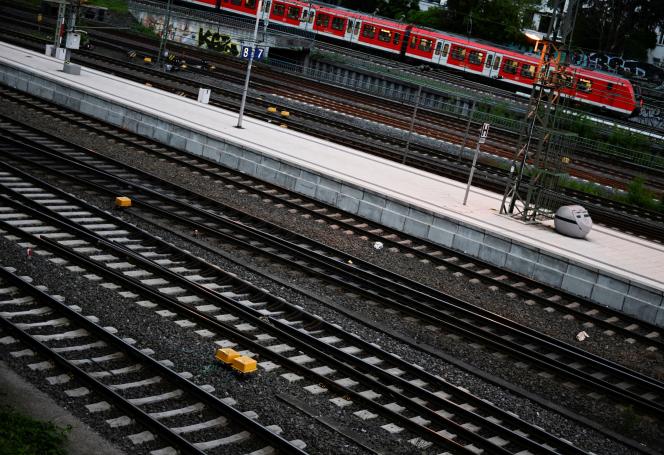 Wednesday, June 1 was to be a time of celebration for train lovers: it is the day when the ticket at 9 euros per month for urban and regional transport came into force throughout Germany. This flagship measure of the government’s anti-inflation package was designed to make low-carbon public transport travel more desirable than ever. It was counting without the killjoy effect of the Deutsche Bahn (DB). Richard Lutz, the director of the public company which also manages the network, wanted to shower the expectations of users in person. On the rail, the coming months will be frustrating, he warned during a press conference.

Not only will the company’s trains still not arrive on time, but it is quite possible that network failures on certain sections will seriously affect the quality of service in the coming months, Lutz said in essence, Monday May 30. He thus acknowledged that it would be difficult to cope with the increase in demand, citing the delicate mission of having to modernize the network and, at the same time, increase traffic. Rarely has the boss of the company already known for its delays, toilet and air conditioning breakdowns in all seasons pronounced such a mea culpa.

Read also: Germany is testing the monthly ticket at 9 euros for public transport

Suffice to say that those who are curious enough to leave their car in the garage to take the train could be disappointed. As for the regulars of the rail, they sigh. Since the start of 2022, delays have accumulated with an unusual frequency. In April, less than 70% of main line trains from Deutsche Bahn were punctual (less than five minutes late). The objective of 80% punctuality is deemed to be definitely out of reach. In question, the alarming state of the infrastructure, managed 100% by a subsidiary of the DB. “We are aware of that. We are at a breaking point. We can’t go on like this any longer,” Lutz continued, calling for a “paradigm shift” in infrastructure.

The crisis also concerns freight. Mr. Lutz’s statement comes a few days after the transport subsidiary of Deutsche Bahn, DB Cargo, admitted on Friday, May 27, that no less than 309 freight trains were immobilized against its will. After a year 2021 already marked by serious breakdowns, freight customers have been warned that 2022 could be difficult.

A crisis that comes at the worst time

Eight sections are in a critical situation, recognized the company: the conurbation of the Ruhr, the regions of Frankfurt, Stuttgart, Munich, as well as the entire Rhine valley, on an axis going from Basel to Duisburg, passing through Mannheim. These are the most industrial and most populated regions of the country. Due to the organization of the network, any disruption on one of these nodes has consequences for all traffic.

You have 37.57% of this article left to read. The following is for subscribers only.