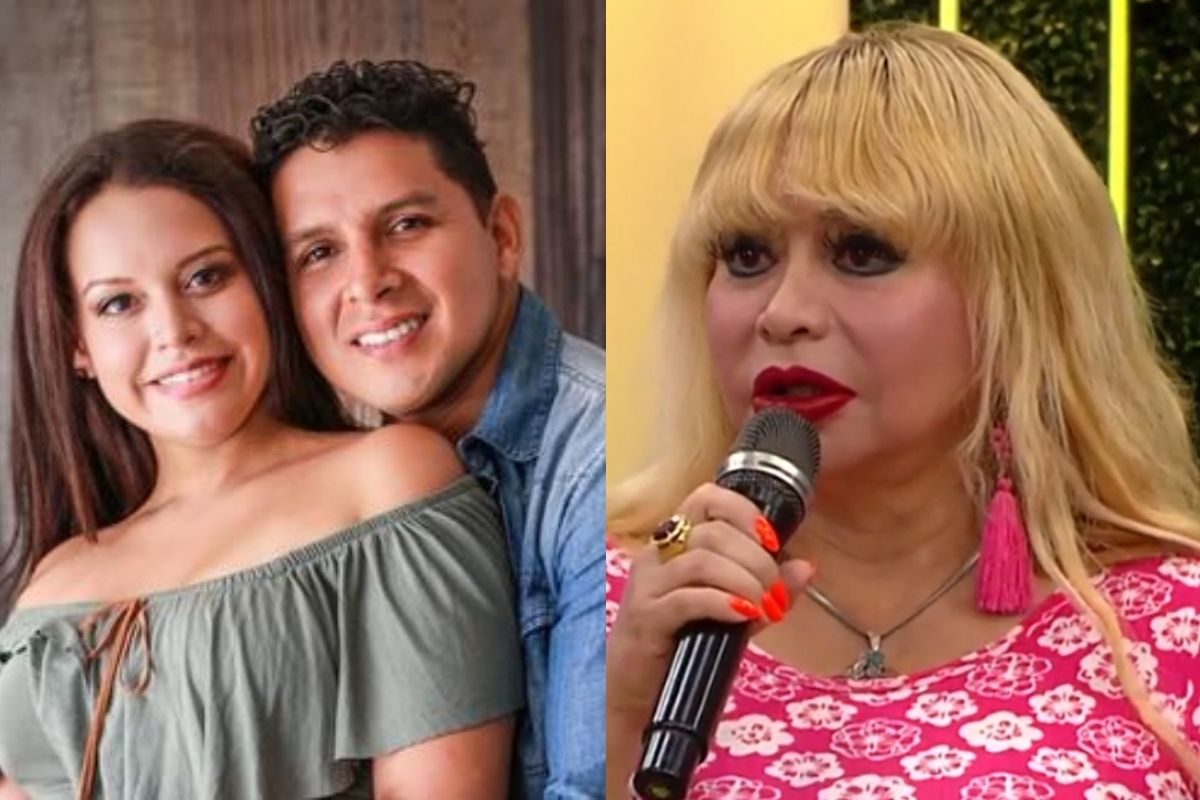 Susy Díaz says that Néstor Villanueva does not want to give his daughter a divorce and that he threatens her.

Despite the fact that Florcita Polo and Néstor Villanueva reached a conciliation regarding the possession and support of their children, it seems that the problems between them are not over yet. And it is that, this time the mother of Florcita Polo, Susy Díaz has declared that her daughter would be receiving death threats, for wanting to divorce her husband and that according to her, it would be from her ex-son-in-law.

This was stated by the former congresswoman in the Magaly TV program La Firme on Thursday, June 2, where she blamed Néstor Villanueva for being behind these threats.

“Flor has a lot of audio, a lot of evidence that she has received threats, that she be careful, she has already asked for protection measures, if something happens to her, to her children. You know I don’t trust men. Men are very vindictive. I don’t trust him (Néstor), nothing “he claimed.

In addition, the red-lipped businesswoman pointed out that the father of her grandchildren would be hindering the divorce process, since according to her, her daughter Florcita Polo wants to start the papers to legally separate and Néstor would not agree.

“They are irrefutable evidence to file for divorce for dishonorable conduct. He continues to disrespect Flor, her children. And I think he wants a divorce so he can lead a single life.”Susy Diaz said in a call from Europe to the Magaly Medina program.

The former mother of the country commented on this after Néstor Villanueva was found over the weekend with the model Greis Keren Ponte leaving a restaurant and spending the night at the lady’s house in Los Olivos.

“I don’t suck my thumb. Stupid I am not. Everything is there, the evidence is irrefutable”Susy Diaz affirmed.

For her part, the model Greis Keren Ponte denies any relationship with the cumbiambero and pointed out in an interview with the newspaper Trome, that she has known the singer for more than ten years and only maintains a bond of friendship with him.

Greis Ponte declared that Néstor Villanueva had stayed to sleep because his car was failing. “He stayed over because his truck didn’t start. I live on the first floor, my mother rents rooms on the second floor and she slept there”Keren Ponte said.

Last week, the América Hoy program pointed out that the singer would not have wanted to sign the divorce papers for Flor Polo, with whom he has been married for eleven years.

And for Susy Díaz, Néstor Villanueva does not want to sign the papers for the simple fact of bothering and inconveniencing the young businesswoman. “For scrubbing just like my ex did not want to give me a divorce”Diaz responded to the ATV program.

For the lawyer who would be advising Florcita Polo Díaz, Ysrael Castillo, the images that appeared on television of the ampay between Néstor Villanueva and Greis Keren would be sufficient cause to initiate the divorce process.

“This would be cause for divorce for dishonorable conduct, I have been in conversations with Flor and we are seeing the filing of the divorce petition for this reason and I think that this divorce would be to do pure paperwork and take it out safely”, said the lawyer.

As it is recalled, at the beginning of the week, the Villanueva-Polo couple met at a Conciliation Center in Miraflores and came to an agreement regarding the custody and maintenance of their children, according to Magaly Medina in the latest edition of his programme.

On Tuesday, May 31, the host of Magaly Tv La Firme commented that the former media couple would already have defined the days that they will be with their little ones and the amount that Néstor Villanueva will provide for the support of their children.

“Well-informed sources tell us that they would have reached certain agreements, although not definitive. Néstor Villanueva would have agreed to spend a thousand soles for the two children they have. And she (Florcita) would keep the custody and possession of the two children from Monday to Friday and on weekends her father (Néstor) would take them…” detailed the ATV journalist.

Melissa Paredes: Why did you prefer to tell your producer about your separation rather than Ethel Pozo? Rafael Fernández changed his life for Karla Tarazona: “I didn’t sell my company, nor did I go to the US for her” | INTERVIEW