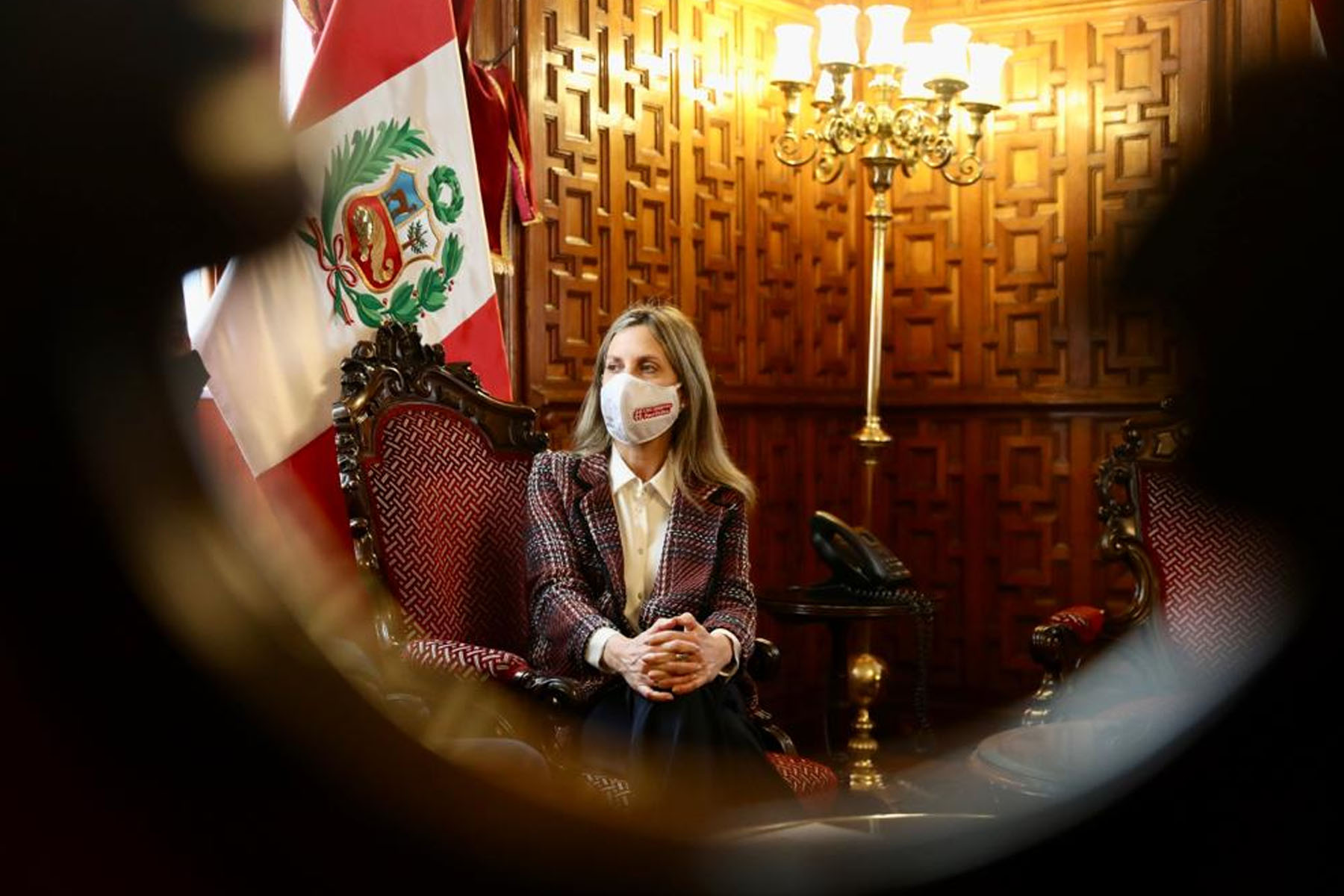 The disclosure of audios of the president of the Congress of the Republic, María del Carmen Alva, in which her alleged intention to advance only the presidential elections, in search of removing Pedro Castillo from power, is heard, has generated discontent among legislators .

In his defense, Alva Prieto stated that this leak would be to divert attention from the alleged conversation that was broadcast yesterday between businessman Zamir Villaverde and former Minister of Transport Juan Silva, in which there is talk of the delivery of an alleged bribe to win the tender for the Puente Tarata project.

“I’m surprised that this sucker audio comes out this morning, I don’t know by whom or who because I really don’t remember, since I speak to so many people, apparently, I don’t know if it was by phone, meeting, microphone. The experts will know how to see that issue.”said the head of Parliament about the audio that would have been recorded between September and October 2021.

“Parliament cannot be used to conspire against democracy. Using Congress, its commissions, and “scholarly” constitutionalists to orchestrate the downfall of the president and take office shows a hunger for power and low self-esteem,” the former premier tweeted.

“A servile Constitution Commission, “constitutionalists” at the pleasure of the consumer and congressmen willing to do anything to keep their seat. The dream of #Malcricarmen, to be the first president of Peru that no one elected, “La Breve II””He posted on his Twitter account.

At one point in the audio, parliamentarian Adriana Tudela is mentioned by María del Carmen Alva, for which she clarified the following on her social networks: “I have been very clear on this issue: having elections without key political reforms is not going to solve the underlying problems that have led us to this crisis, but if there are elections, they have to be general ones,” plot.

In the broadcast audio, it would reveal an alleged intention to remove President Pedro Castillo from the Government Palace with a project to advance presidential elections that would be discussed in the Constitution Commission of Congress, which is chaired by Fujimorist congresswoman Patricia Juárez.

“We are going to remove only the president. There is a big difference. The people are with us, they are not with Castillo. García Belaunde himself and many constitutionalists have said that these are presidential elections that Congress will not leave. We will make a report with Patricia Juárez who was going to make a law that way. We don’t have to disappear”, María del Carmen Alva is heard saying.

In another part of the audio, the president of Congress explains that she has already spoken with the members of the Constitution commission and that they would have explained to her that it would be her turn to assume the presidency.

“We are running the campaign that García Belaunde has said Fernán Altuve (…) that is, all the constitutionalists. We have discussed this with the Constitution Commission with Gladis Echaiz, Adriana Tudela with Patricia Juárez and Hernando Guerra. If the circumstances arise that I have to assume and call after eight months (elections) I do it as president of Congress, but I return to being congressmen, Juárez already explained it to me”, he expressed.