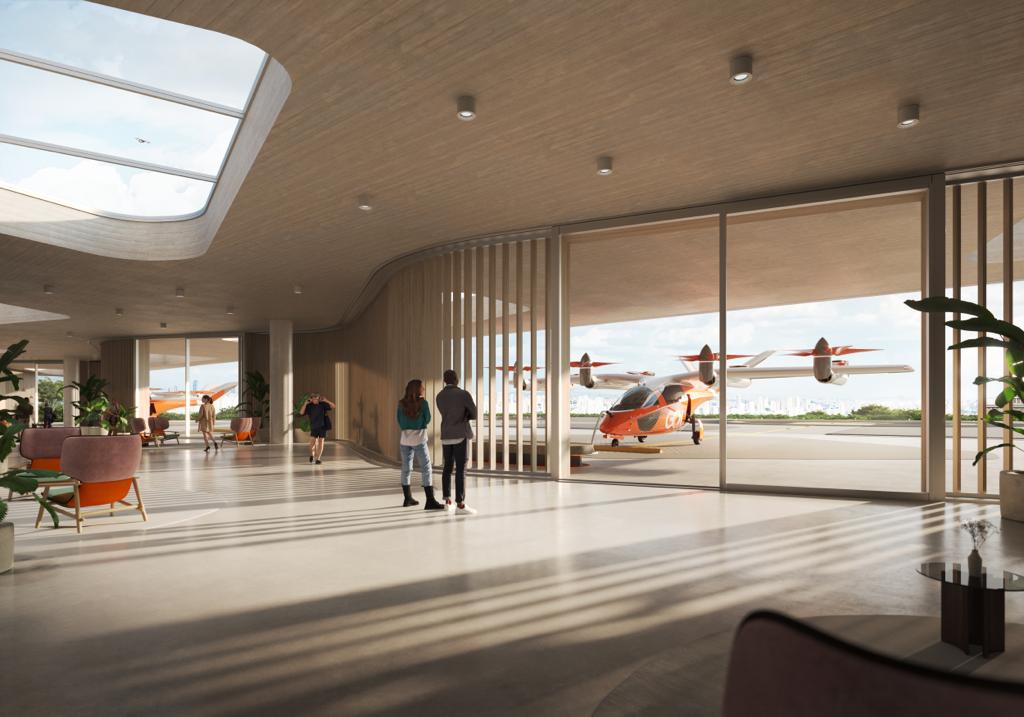 Global aviation and airport leaders announced today that they have partnered to explore the infrastructure requirements necessary for eVTOL (electric vertical take-off and landing aircraft) to be transporting passengers in this decade.

The project involves Avolon, the second company in leasing of aircraft worldwide, to Corporación América Airports, globally the main airport operator in the private sector in terms of number of airports, to GOL, the largest airline in Brazil; Grupo Comporte, a leading transportation operator in Brazil; and Vertical Aerospace aerospace and technology company that develops and manufactures electric vertical takeoff and landing aircraft (electric Vertical Take Off and Landing o eVTOL).

The association will explore and define the design and locations of “vertiports”, as well as other infrastructure requirements for eVTOL operations in Brazil. With a very well-developed urban air mobility market based on helicopter services, in addition to an advanced aviation ecosystem and unique demographics, the partners believe that Brazil can be one of the pioneering markets for eVTOL services, including those of Vertical’s VX4 aircraft.

The association will explore and define the design and locations of vertiports, as well as other infrastructure requirements for eVTOL operations in Brazil

Each partner brings complementary and sector-specific expertise, the group of companies said in a statement, in order to get eVTOL operations up and running in Brazil this decade. In the case of Corporación América Airports, not only a special team dedicated to research and development of the Advanced Air Mobility (AAM) segment contributes, but also its two decades of experience in the design, construction and operation of airports, as well as in the management of passenger traffic. Corporación América Airports has already developed its own vertiport conceptual design and has advanced in the analysis of AAM traffic in various countries.

In Brazil, with some of the most congested cities in the world, the arrival of eVTOLs like the VX4 can transform the way people move around and above the urban landscape. The VX4, electric, will allow short-distance zero-emission travel that “will revolutionize urban air transport in the daily life of Brazilians, transforming the way we connect, move and travel, making it more efficient and more sustainable”, the companies involved said.

The VX4, the electric vertical takeoff and landing (eVTOL) aircraft under development that is the backbone of the project

The association between companies is based on what was announced last year by GOL and the Comporte Group, where they committed to buying or taking into leasing of Avolon until 250 eVTOLs model VX4 of the company Vertical. This commitment had Avolon initiating and leading a Working Group focused on the commercialization of eVTOL aircraft in Brazil together with Vertical Aerospace, Grupo Comporte and GOL. The working group has already carried out workshops of familiarization with the project together with the Brazilian civil aviation authority (Agência Nacional de Aviação Civil, ANAC) to allow the rapid validation of the piloted, zero-emission, four-passenger VX4 aircraft.

The four-passenger, one-pilot VX4 is projected to reach speeds of up to 200 mph, a range of more than 100 miles, be nearly silent when in flight, have zero operational emissions, and have a low cost per passenger mile. Upon presentation, the VX4 will be designed according to the certification standards established by EASA and CAA, to the same level of demand and safety as commercial aircraft. The VX4 is expected to open up advanced air mobility to a whole new range of passengers and transform the way people travel.

The representatives of each company involved assured that the joint work improves the scale, feasibility and operational capacity of the project.

“The scale of our eVTOL ambition is reflected in our partnerships with some of the leading transport operators and airports in Latin America. We partner with companies that share our ambition to materially reshape the commercial aviation market. Our goal is to provide the infrastructure requirements that will enable zero-emission travel in Brazil by the middle of this decade and revolutionize air transport in the region,” said Dómhnal Slattery, CEO of Avolon.

“A new mobility ecosystem is emerging and Corporación América Airports, as a world leader in airport operations, wants to be an agent of change by supporting the implementation of AAM in those regions where we operate. With our experience as airport operators in six countries and three continents over more than 20 years, we are committed to contributing to the development of the AAM ecosystem, with the aim of better connecting people, goods and cultures, promoting more efficient air transport. effective, fast and sustainable”, commented Martin Eurnekian, CEO of Corporación América Airports. 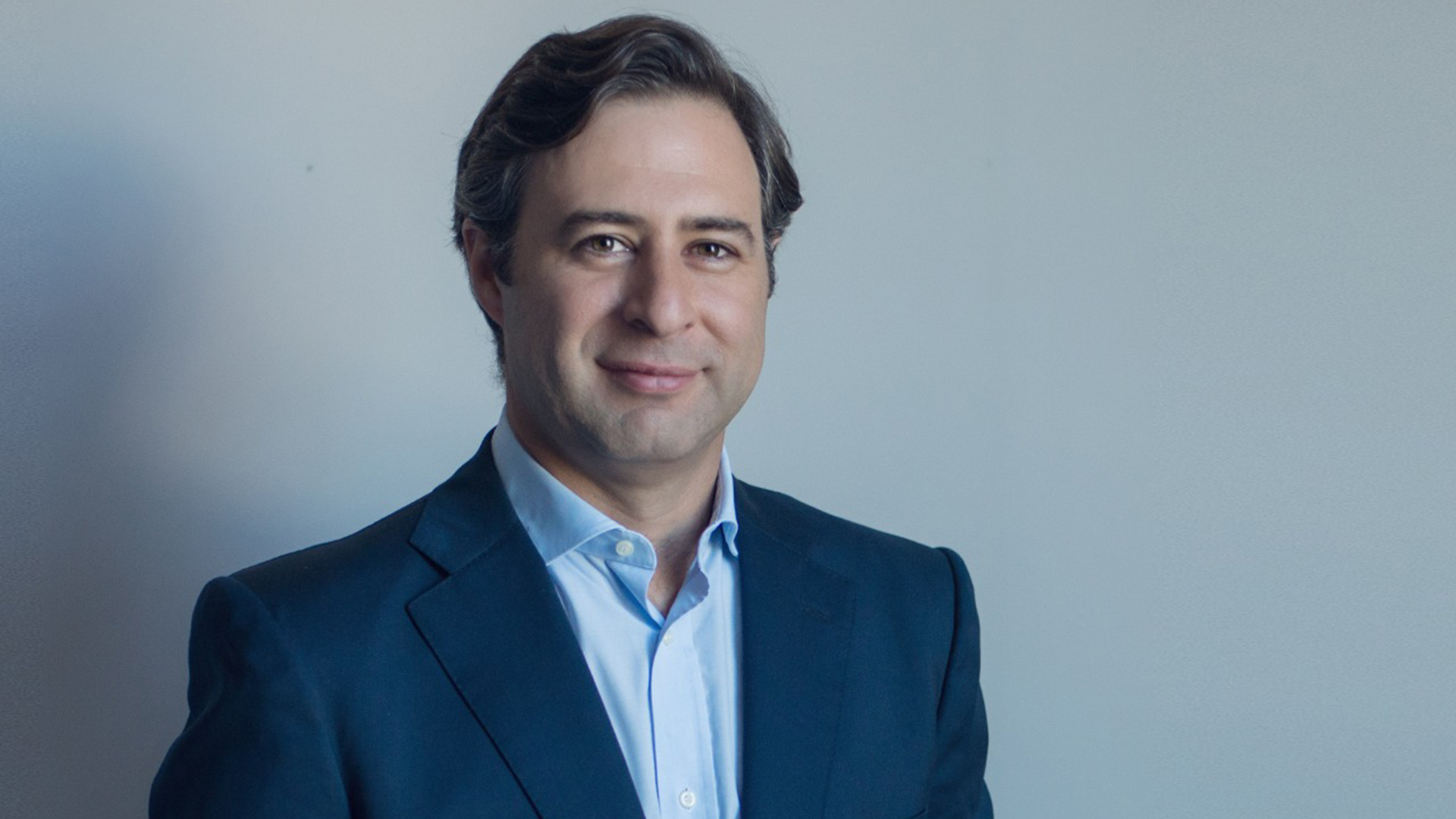 For his part, the CEO of GOL Paulo Kakinoff said that: “GOL fully commits to the expertise of Corporación América Airports in AAM. We have at hand a unique opportunity to join the efforts of all the parties involved to create a sustainable and safe operating ecosystem for eVTOLs, with zero carbon emissions, both in and beyond Brazil. Constantly expanding in the regional segment, GOL is committed to including new and providential connectivity alternatives with this new air modality, based on its already extensive air network”.

“I am delighted that Vertical is partnering with Avolon, GOL, Grupo Comporte and Corporación América Airports to offer critical eVTOL infrastructure in Brazil. It was in Brazil that I got the inspiration to start Vertical Aerospace, so it’s amazing to see it become a reality there,” added Stephen Fitzpatrick, founder and CEO of Vertical.

Corporación América Airports currently operates 53 airports in 6 countries in Latin America and Europe (Argentina, Brazil, Uruguay, Ecuador, Armenia and Italy). In 2021, Corporación América Airports served 35.7 million passengers, 57.6% less than the 84.2 million served before the pandemic, in 2019. The Company is listed on the New York Stock Exchange under the ticker “ CAAP”.

“A new mobility ecosystem is emerging and Corporación América Airports, as a world leader in airport operations, wants to be an agent of change” (Martín eurnekian)

Through its joint venture in Brazil with Inframerica, Corporación América Airports operates the airport of Brasilia -which is the second largest airport in that country in terms of number of passengers- and Natal. In addition, globally it is the largest airport operator in the private sector based on the number of airports under its management. Corporación América Airports has been studying the AAM segment since 2021 and has an internal working group dedicated to it, which has developed a vertiport conceptual design and carried out an analysis of AAM traffic at the airports it operates in Brazil, Argentina, Uruguay and Italy.

“A new mobility ecosystem is emerging and Corporación América Airports, as a world leader in airport operations, wants to be an agent of change by supporting the implementation of AAM in those regions where we operate. With our experience as airport operators in six countries and three continents over more than 20 years, we are committed to contributing to the development of the AAM ecosystem, with the aim of better connecting people, goods and cultures, promoting more efficient air transport. efficient, fast and sustainable”, said Martin Eurnekian, CEO of Corporación América Airports.

Vertical Aerospace is a pioneer in electric aviation. The company was founded in 2016 by Stephen Fitzpatrick, an established entrepreneur, best known as the founder of the OVO Group, a leading energy and technology group and the retailer Europe’s largest independent energy company. Over the past five years, Vertical has focused on building the most experienced team and senior in the eVTOL industry, with more than 1,700 combined years of engineering experience, and has certified and supported more than 30 different civil and military aircraft systems and propulsion systems.

“It was in Brazil that I got the inspiration to start Vertical Aerospace, so it’s amazing to see it become a reality there” (Stephen Fitzpatrick)

Participants expect Vertical’s ecosystem of world-class partners to reduce risk in operational execution and their path to certification to enable a lean cost structure as well as production at scale.

Vertical has a market-leading (by value) pre-order portfolio totaling up to 1,350 aircraft from American Airlines, Avolon, Bristow and Iberojet, including conditional pre-order options from Virgin Atlantic and Marubeni, and in doing so , is creating multiple potential and viable routes in the market in the short term.

The Government seeks to reduce shortages of Care Price products in supermarkets and promised food companies that they will be able to export more Tax on “luxury” cars: what are the new amounts from June and on which models does Hot Sale 2022 reach more of 3.3 million users: what were the most purchased products