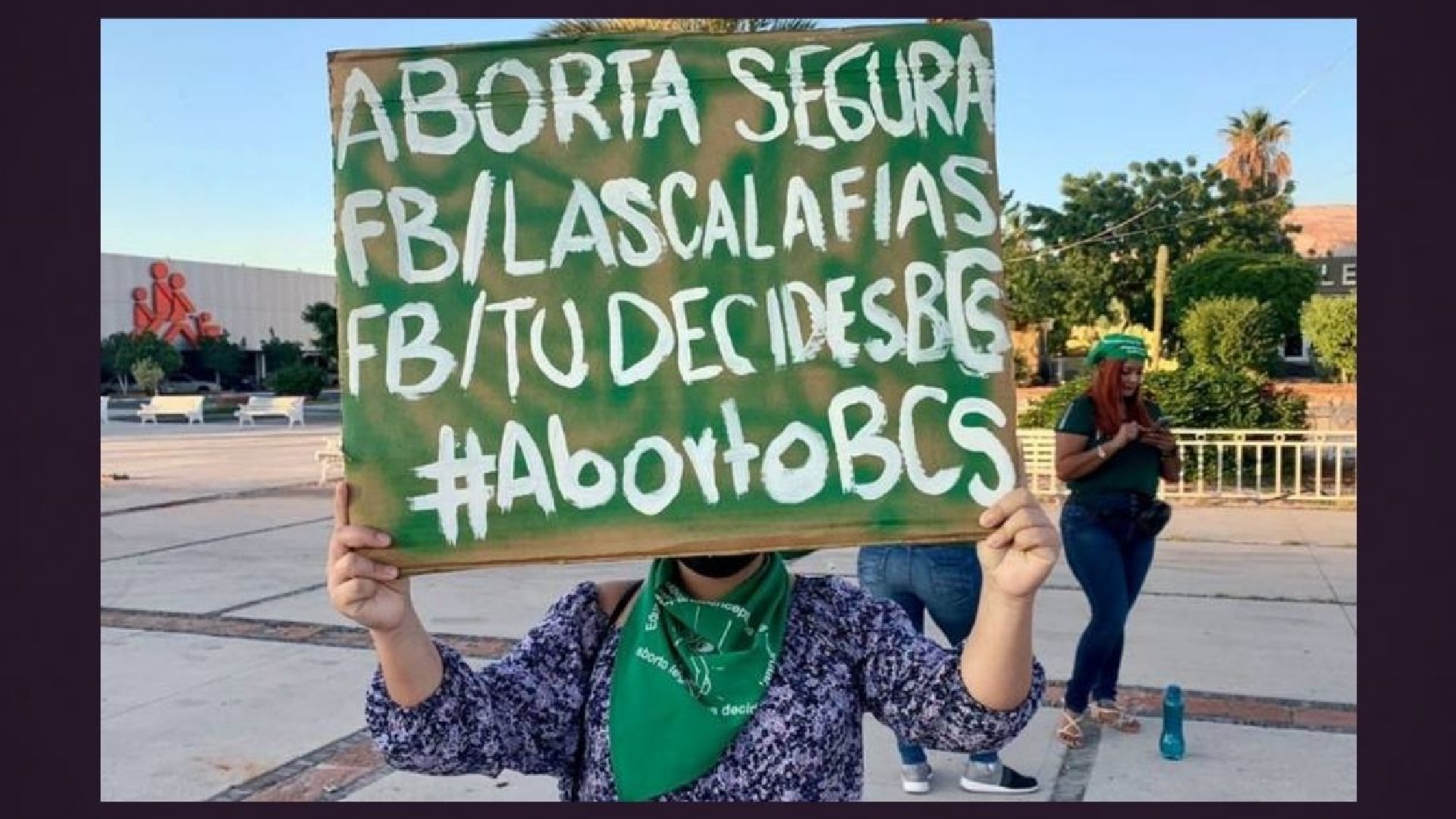 Abortion was only allowed in the state only in case of rape and non-consensual artificial insemination (Photo: special)

The Congress of Baja California Sur approved this Thursday the initiative regarding legal abortion and its decriminalization, making it the ninth state to recognize the right to decide of women and people with the capacity to gestate.

The foregoing means that they can legally interrupt their pregnancy up to 12 weeks of gestation, with which article 151 of the Civil Code can be reformed to eliminate the prison sentence for those who voluntarily make said decision in less than that period.

However, the sanction for those women who interrupt their pregnancy after 12 weeks is also reduced, which will go from between six months and 2 years in prison to two months or 60 days of community work.

Likewise, it is established that when the life of the woman or person with the capacity to gestate is at risk and the interruption of the pregnancy becomes urgent due to said situation, conscientious objection may not be invoked by any health provider.

This is how the Marea Verde México collective celebrated it through its Twitter account: “It’s Law in Baja California! Today it joins the list of states that have decriminalized abortion.”

“We must be able to be free in all aspects, have the decision over our bodies and our lives, no more violence against women, and much less violence and ignorance against indigenous women,” wrote deputy Eufrosina López Velazco on her Twitter account .

Similarly, she was applauded by high-ranking officials, including the president of the Supreme Court of Justice of the Nation (SCJN), Arturo Zaldívar.

It is worth mentioning that in Baja California Sur abortion was only allowed in cases of rape and non-consensual artificial insemination.

The initiative was approved with 16 votes in favor and 3 against, in all its terms without modifications. The legal abortion law will enter into force one day after its publication in the entity’s official gazette.

Currently, women can have abortions freely and safely during this period in Mexico City since 2007; in Oaxaca since 2019; in Hidalgo and Veracruz, in June and July 2021, respectively; in Baja California from October 2021; Colima from December 2021; in Sinaloa since March of this year, and recently, in Guerrero since the end of last May.

Of these states, this is the first time that it is carried out by a citizen initiative.

The proposal was presented on May 26 by the president of the Centro Mujeres AC in La Paz, Mónica Iris Jasis Silberg, to propose the decriminalization of abortion up to 14 weeks of gestation; however, the approved initiative left the limit until week 12.

The SCJN ruled in September 2021 that the criminalization of abortion was unconstitutional and established that the states do not have the competence to define the origin of life, decisions that were rejected by the leadership of the Catholic Church and organizations that defend pregnancy.

Every year in the world there are about 25 million unsafe abortions, according to the World Health Organization (WHO).

Sex workers, the women that COVID-19 left in the shadowOaxaca offers a million pesos to capture one of María Elena’s aggressors, who was attacked with acidTruth or myth: is it true that sunscreens cause alopecia in women?