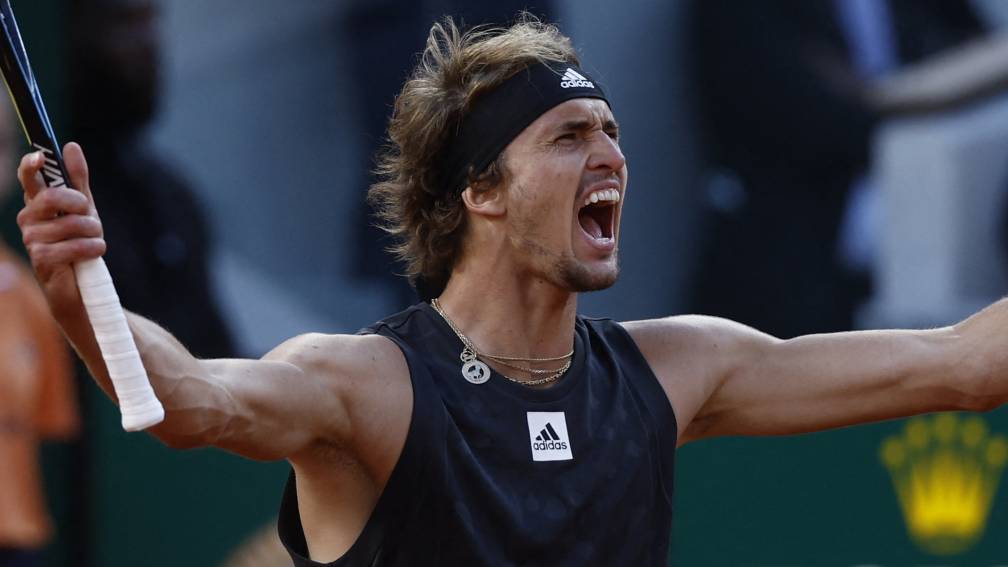 More than three weeks ago, Alexander Zverev and Carlos Alcaraz faced each other in the final of the masters tournament in Madrid. Then the young Spaniard thundered over the German in two sets. On Tuesday evening, the two faced each other again and in the quarterfinals of Roland Garros the roles were reversed. Zverev won in four sets: 6-4, 6-4, 4-6, 7-6 (9-7).

Zverev, who in 11 attempts had never beaten a top ten player in a grand slam tournament, came out a lot better in Paris than earlier this month in Madrid. The number three served well, won almost all short rallies and was helped by no less than sixteen unnecessary mistakes by Alcaraz, the number six in the world. A break at 2-2 was enough to win the set.

The second set was almost a copy of the first. At 3-3, Alcaraz surrendered his serve and Zverev took a break. At 5-4, the German was allowed to serve for the set again. That last game of the second set lasted almost eight minutes, but in the end Zverev finished it off with an ace.

Alcaraz gets the ghost

The reigning Olympic champion seemed to get the job done smoothly when he had a chance to break at 4-4 in the third set. Alcaraz worked it out and then got the ghost. He went on to play higher topspin balls, forcing Zverev into longer rallies and had a great weapon with his drop shots. He took the set with a break.