Relief about Schiphol agreement, but rows will not disappear next summer | NOW 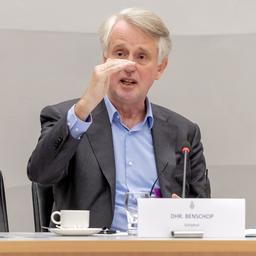 There was a positive response across the House to the outline agreement that Schiphol concluded with the unions on Tuesday, but the problems at the airport have not been solved in one fell swoop. There will also be long queues next summer, warned Schiphol CEO Dick Benschop and Joost van Doesburg of FNV Schiphol.

“Is this enough to avoid the long lines this summer? I don’t think so, but we won’t see fainting travelers and security guards again next year,” said Van Doesburg.

Benschop is more hopeful that the crowds can be kept under control through the agreements with the staff and a different working method at the airport. “I’m not going into the summer by chance.”

Benschop and Van Doesburg were in the House of Representatives on Tuesday to provide text and explanation about the problems at Schiphol.

It has been chaotic at the airport for weeks. Due to staff shortages and a huge wanderlust, there are long queues for the security check. Passengers have to wait for hours before arriving at their gate. Some even miss their flight.

Coincidence or not, just before the meeting it was announced that an outline agreement had been reached between the trade unions and Schiphol. This means that the impending strikes next summer will be a thing of the past.

No guarantees for a flawless summer

MPs were satisfied with this, but still had questions. “How do we get Schiphol going again in the summer?” wanted VVD member Daniel Koerhaus.

CDA MP Harry van der Molen could remember that last year both men answered differently to the question whether the airport was ready for next summer. Are they on the same page now?

SP member Mahir Alkaya especially criticized Schiphol’s many outsourcing of work in recent years. “How did it get this far?”

There were no guarantees for a flawless summer, but this time Benschop and Van Doesburg radiated unity for what should be done. The employees have been saying for some time now that Schiphol has to change course. The employer has now agreed to this.

In 2016, the policy was purely aimed at reducing costs as much as possible. All parties involved were in agreement at the time, Benschop recalled. “We focused on growth and costs for a long time. We were all there.” It explains the long lines for the staffed security.

Over the past decade, Schiphol has also been part of the broader trend of flexibilisation and outsourcing, Benschop acknowledged. Many people also work through employment agencies. Benschop: “That’s our face to the travelers. What are we doing?”

There are currently four cleaning companies, five security companies and eight handling companies working at the airport. “Why is what should not be outsourced?”, Van Doesburg wondered.

According to Van Doesburg, the problems are due to “the race to the bottom” and to the largest shareholder: the national government. “Schiphol had to bring in money.”

The government is a 70 percent shareholder of Schiphol. Due to the corona crisis, no profit was distributed to the state over the years 2021 and 2020. But in 2018, the last ‘normal year’ in aviation, 82 million euros in dividend was paid.

With better working conditions and with better measures for the flow of passengers, the problems should be solved in the long term. But Benschop also knows: “There are always boundaries at Schiphol. Environmental boundaries and now also staff boundaries. We have to stay within these in a responsible way.”