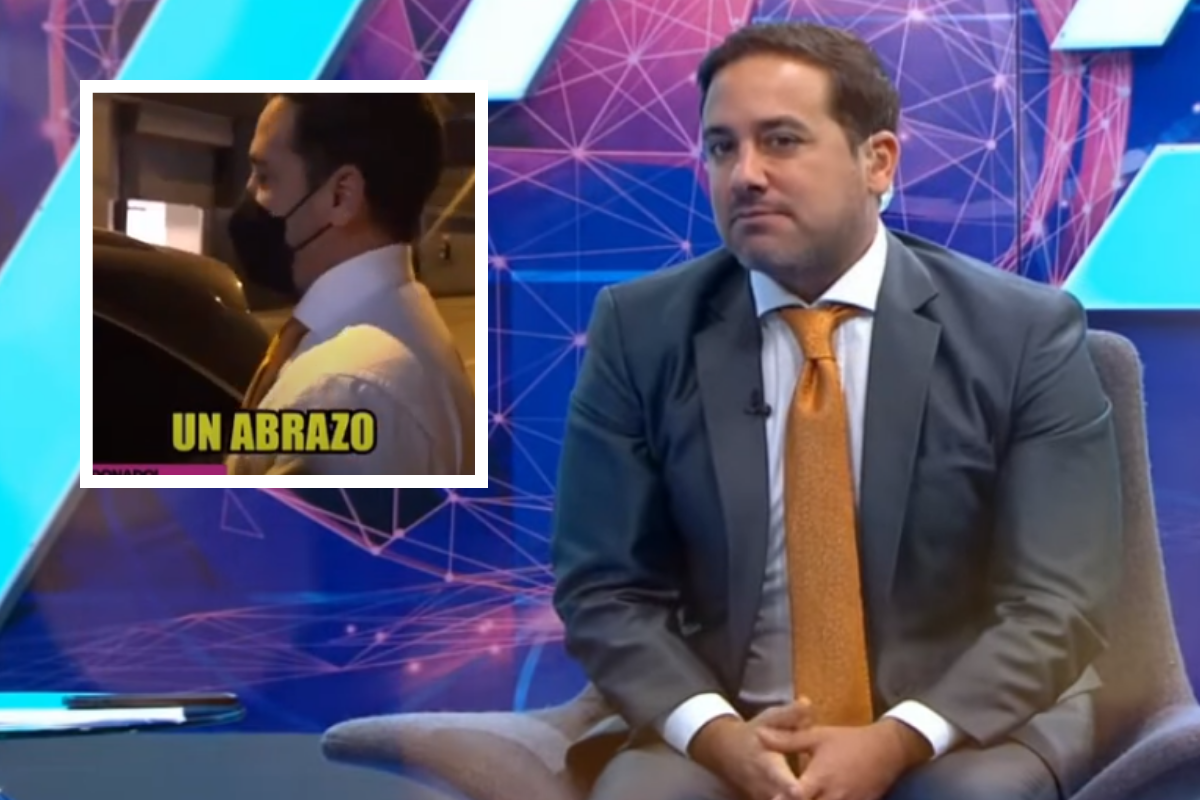 Óscar del Portal preferred to remain silent in the face of questions from the Amor y Fuego reporter. (Photo: Capture)

Óscar del Portal reappeared on television last Sunday, May 29, hosting ‘Fútbol en América’ and his sudden return to the small screen has caused great surprises. Although his return was not announced or promoted, the Amor y Fuego cameras went looking for him at the exit of the América Televisión channel.

As we know, the sports commentator requested a license without having to be absent for a while after the scandal that his ampay unleashed with Fiorella Méndez on April 19, which also featured Aldo Miyashiro, who admitted his infidelity and apologized to his wife Érika Villalobos after kissing Fiorella Retiz.

After several weeks of being away, the figure of América TV could not prevent the reporter from the Willax TV magazine from approaching him to consult him about his possible reconciliation with his wife Vanessa Químper and remind him of the controversy with his co-worker.

YOU CAN READ: Óscar del Portal and everything he lost after the ampay with Fiorella Méndez

“Oscar, how are you? good night, back to the ring. Just talk. People were waiting for your return. How are you doing at home? Did you reconcile with Vanessa?the journalist is heard saying as he focused on Óscar del Portal hanging his jacket in his car.

Despite his insistence, Óscar del Portal preferred to remain silent and only dared to say that he cannot testify for another television channel. “I cannot testify as I have already told you. A hug”he expressed entering his car and, later, he started off in an unknown direction.

After seeing the images, Rodrigo González expressed his annoyance and assured that the lawyer was also able to speak with his reporter and that he should have, at least, said a few words for all the people who want to hear his version.

“How can I not testify? Yes you can declare. You can answer what you want, nobody tells you to go to another show as a guest, but answer something sensible, coherent or two words for the people who are watching you“said the popular ‘Peluchín’.

Óscar del Portal and his reaction when he is reminded of his ampay after his return to Fútbol en América. (VIDEO: Willax TV)