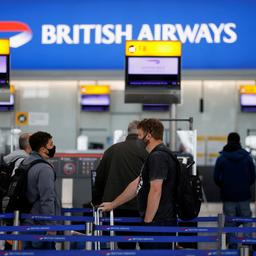 Like Schiphol, British airports have to contend with large crowds. On Tuesday, travelers at London’s Gatwick and Heathrow airports had to wait hours for their flights. Travel organization TUI has canceled almost two hundred flights to and from Manchester until the end of June.

It is expected that the crowds at airports in the United Kingdom will continue for a while. From Thursday, Britain’s Queen Elizabeth will celebrate her 70th anniversary for four days. In addition, many English students are on holiday and many Brits have a long weekend this week.

It is also very busy at the airports elsewhere in Europe. An important reason is that people are going on holiday again after two years of corona measures, exactly when there is a major shortage of personnel.

During the Easter holidays there was also chaos at several British airports, such as in Manchester. It sparked great anger among travelers who missed their flight as a result. Travel organizations and airlines would have wanted to take advantage of this period now that most countries no longer have corona measures.

Stephen Parkinson, Secretary of State for Culture, Media and Sport, blamed companies on behalf of the British government in an interview with Sky News on Tuesday. According to him, the government warned them at an early stage and they should have hired more staff.