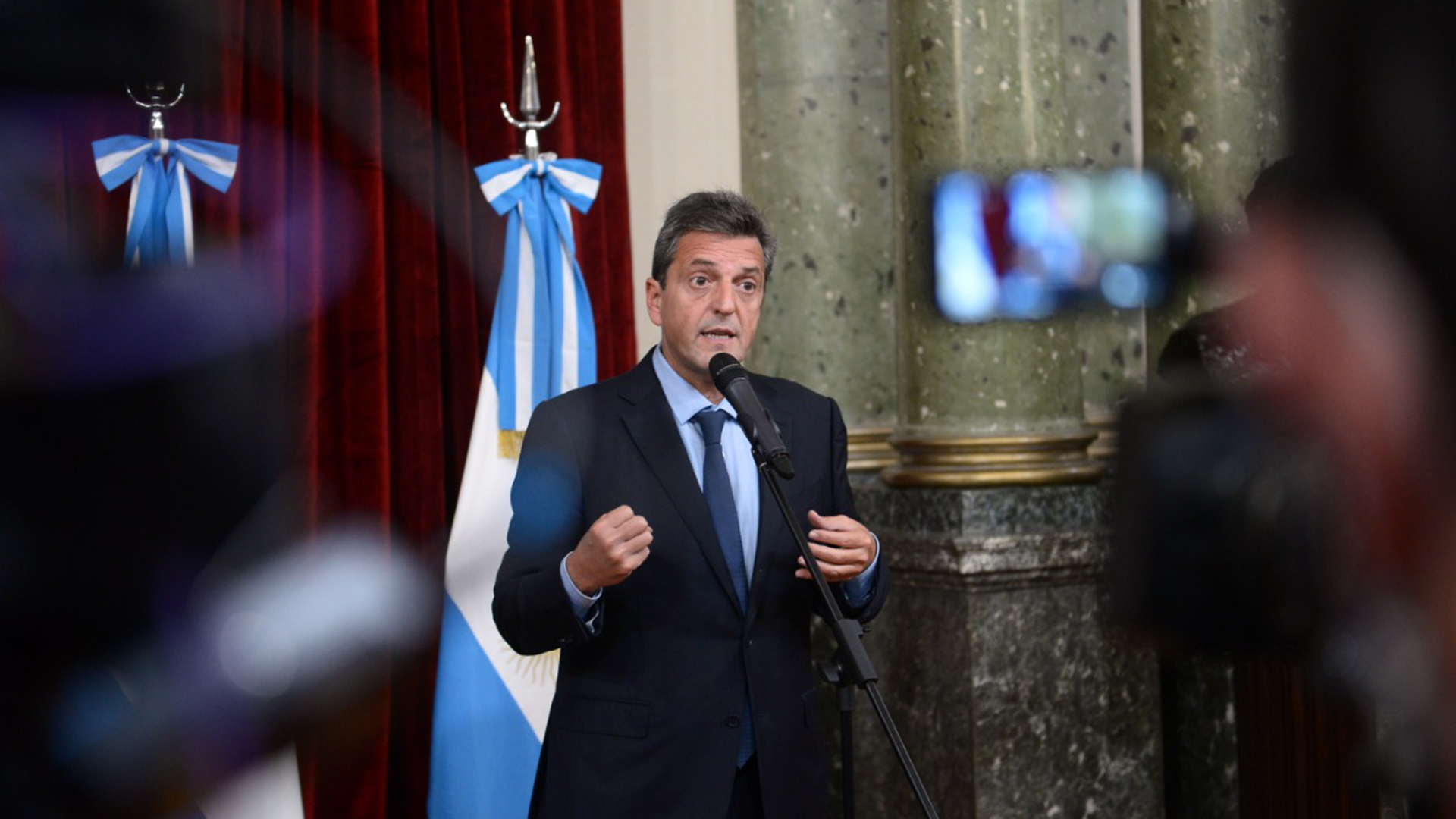 “90% of the workers are not reached (by Earnings). Today we begin to work and look at Self-Employed and monotributistas, so that next week we can also have a proposal. I discussed it yesterday with the President, after the announcement. We have to alleviate the situation, not only for workers but also for the Self-Employed and Monotributist,” Sergio Massa said in a radio interview on Saturday.

Today, Infobae agreed to the bill promoted by the president of the Chamber of Deputies. It is titled: “Tax relief for small taxpayers and the self-employed. Simplified regime for small taxpayers”. It is signed by Massa himself, Leandro Santoro, Mónica Litza, Alejandro “Topo” Rodríguez and Margarita Stolbizer.

”The political fact is that in addition to resolving the self-employed and monotax issues in the same law, the president of the chamber is accompanied, in addition to Litza and Santoro, by Topo Rodríguez and Stolbizer, which in practical terms means that he has the votes to approve it in the enclosure”, they highlighted near Massa.

Below are the details of the project.

1. Allow the adjustment for the maximum billing amounts to be brought forward to July 1 with the same central idea as the earnings proposal: the application of the index is brought forward.

3. This coincides with the Recategorization scheme applied by AFIP, which is done every 6 months, in January and July.

4. Tax relief for monotributistas. In this way, the fee remains the same (thus avoiding last year’s problem of charging retroactively) and only the billing limit of each category is “raised”. The monotributista does not “jump” from category for the sole effect that inflation was higher than that foreseen in the Budget.

5. It has a positive impact on 4,498,419 monotax payers and the fiscal cost is zero, only the scales are updated due to macroeconomic variations.

6. In addition, it is easy to communicate and implement in AFIP systems.

7. It is not advisable to advance in a deeper modification of the regime this year because it would be the second monotax proposal (the famous “bridge” scheme and “retroactive collection”) from 2020 to date.

This would be the tops of each category:

2. In addition, for new professionals it rises from 1.5 times to 2.5 times the non-taxable profit. This increase in the deduction mainly impacts the self-employed with incomes of up to $8 million (2 times the monotax limit), which concentrates 95% of the self-employed with tax determined in the income tax. For those self-employed, an average “additional out-of-pocket income” of $52,000 per year (depending on the income range and the effective tax rate) is estimated as a result of the tax relief.

For those self-employed, an average “additional out-of-pocket income” of $52,000 per year is estimated (depending on the income range and the effective tax rate) as a result of the tax relief.