Óscar del Portal returned to television after a scandal with Fiorella Méndez: “I am happy” 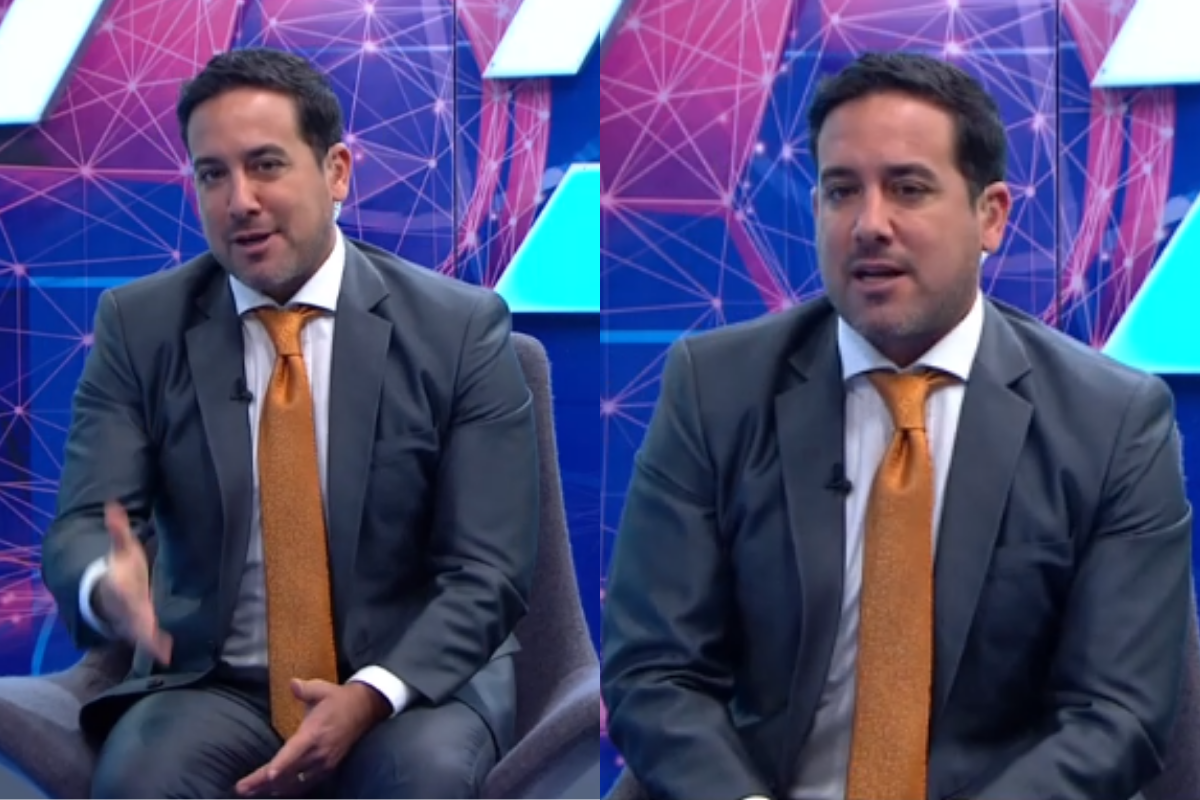 Óscar del Portal returned to the leadership of Soccer in America. (Photo: Capture)

After several weeks away from television, Óscar del Portal reappeared on the night of this Sunday, May 29, on the screens of América TV, hosting the Sunday show ‘Futbol en América’ together with Erick Osores and Richard de la Piedra.

As we know, the sports commentator requested a license without having to be absent for a while after the scandal that his ampay unleashed with Fiorella Méndez on April 19, which also featured Aldo Miyashiro, who admitted his infidelity and apologized to his wife Érika Villalobos after kissing Fiorella Retiz.

His return to the small screen had already been speculated, since it was the same Erick Osores who made a live comment hinting that a “lefty” would take his place on the show again. However, the rumors disappeared since last Sunday, May 22, Óscar del Portal did not appear.

To the surprise of many, the figure of América Televisión was seen again this Sunday after more than 1 month of his absence. Erick Osores did not hesitate to welcome Óscar del Portal, who received a handshake as a sign of support.

YOU CAN READ: Óscar del Portal and everything he lost after the ampay with Fiorella Méndez

“Delpo, how are you doing? Welcome”said Osores, extending his hand in Del Portal’s direction. After greeting each other, the member of Once Machos looked at the camera to send a greeting to the viewers.

“Glad. A hug for all of you”, were the first words of the husband of Vanessa Químper, who apparently was nervous. Later, he devoted himself to commenting on Peruvian soccer and what will be seen in the playoffs.

During the broadcast of Fútbol en América, Erick Osores and Richard de la Piedra were in charge of making the advertising mentions, while Óscar del Portal remained seated.

It should be noted that Aldo Miyashiro also returned to La Banda del Chino and everything seems to indicate that the managers of the Pachacamac channel would be leaving in the past the controversy generated by the ampay of Aldo Miyashiro and Óscar del Portal.