ADO wants to punish supporters hard for misconduct: ‘Too embarrassing for words’ 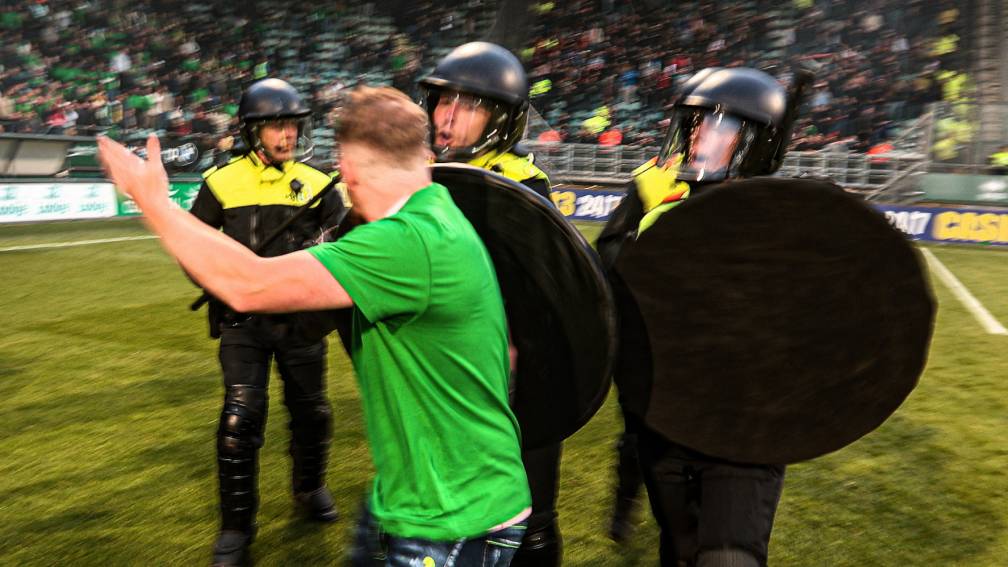 The disturbances continued outside the stadium in The Hague. At least four police officers were injured. Some had to go to hospital.

“On behalf of ADO Den Haag, we offer the supporters who did not feel safe in and around the stadium, and in particular the supporters, players and staff of Excelsior, our sincere apologies. It is too embarrassing for words”, the club said. .

ADO will not let it go. “We will do everything possible in consultation with all authorities to hold the ringleaders responsible for the damage caused and severely punish them for their misconduct. All camera images inside and outside the stadium will be analysed.”

ADO Den Haag gave away a 3-0 lead against Excelsior and eventually lost on penalties. As a result, not ADO, but Excelsior will play in the Eredivisie next year.