Sunday’s program at Roland-Garros: shocks for Nadal and Djokovic, Alcaraz at night against Khachanov 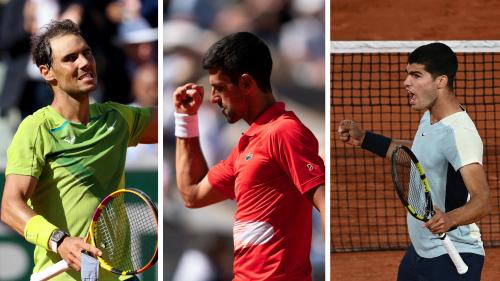 In singles, there will be no Frenchmen struggling on the ocher courts of Roland-Garros, Sunday May 29. But, the program for the start of the round of 16 is far from lacking in interest.

The defending champion Novak Djokovic will have to be wary, on the Suzanne-Lenglen court, of the unpredictable Diego Schwartzman. Comfortable on earth, the Argentinian (16th in the world) made short work of Grigor Dimitrov in the previous round. Rafael Nadal will also face tough opposition, embodied by Félix Auger-Aliassime. Without being a surface specialist, the 9th player in the world could pose problems for the Mallorcan. Also to follow, the duel between Carlos Alcaraz (6th) and Karen Khachanov (25th) in the night session. It will probably be less complicated for Alexander Zverev (3rd), against the surprising Bernabé Zapata Miralles (131st).

The big fish are less out on the women’s side, although several underdogs may emerge. Leylah Fernandez (18th) and Amanda Anisimova (28th) will face each other on the Chatrier, before giving way to Elise Mertens (32nd) and Coco Gauff (23rd). Less expected, Martina Trevisan (59th) and Aliaksandra Sasnovich (47th) will compete for a place in the quarterfinals, a stage only reached by the Italian (2020). Finally, Jil Teichmann (24th) will try to grab his first Grand Slam quarter. It won’t be easy against Sloane Stephens, 64th in the world, finalist in 2018, and Diane Parry’s faller in the previous round.

In doubles, the pair made up of Caroline Garcia and Kristina Mladenovic face in the second rotation the duo Misaki Doi (Japan) – Ajla Tomljanovic (Croatia) on the Simonne-Mathieu court. At stake: a place in the quarter-finals. Hugo Gaston and Clara Burel will take over, in mixed doubles, to play their round of 16 against Belgian Joran Vliegen and Norwegian Ulrikke Eikeri.

The program of the Philippe-Chatrier court

The program of the Suzanne-Lenglen court