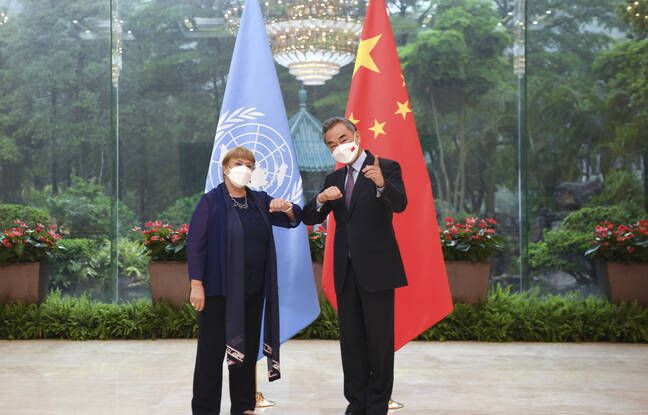 Venting criticism without creating diplomatic tensions is not always easy. Visiting China, the head of human rights at the UN, Michelle Bachelet, indulged in this balancing act at a press conference. Claiming to have “heard” those who criticized her lack of criticism of the Chinese government, accused of repressing the Muslim majority of the Uyghurs, the former president of Chile said she spoke with “candor” to the communist leaders.

And at the same time, the High Commissioner wanted to reassure these same leaders, explaining that her visit “was not an investigation” into human rights in Xinjiang, stressing that the Chinese authorities had “not supervised » his on-site meetings. The Chilean all the same called on Beijing to avoid using “arbitrary” measures in its fight against terrorism, the official justification for the repression against the Uighurs in recent years. The region has indeed long been the scene of bloody attacks targeting civilians and committed, according to the government, by Uyghur separatists and Islamists.

The Xinjiang regional government assured him that the network of “vocational training centers”, accused by human rights organizations of being “re-education camps”, had been “dismantled”, he said. she said in an online press conference. More than a million Uyghurs and members of other Muslim ethnic groups passed through these camps, according to Western studies. The question of family separations has also been raised with local authorities, assures Michelle Bachelet.