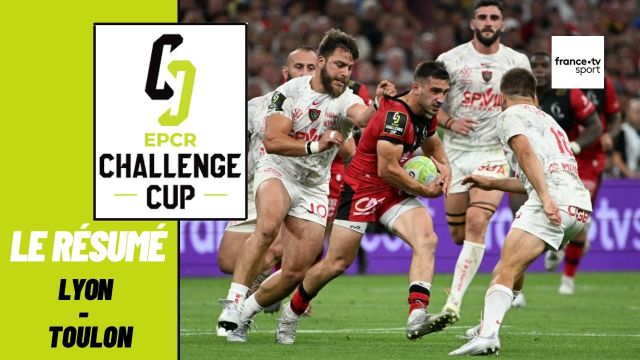 Le Lou won the final against RC Toulon on Friday, with a score of 30 to 12, to win the first European title in its history.

Lyon loves Europe! After the women’s football team, victorious in the Champions League, another Lyon club has added a line to its European record. Le Lou won the Rugby Challenge Cup on Friday May 27 against RC Toulon (30-12). The Lyonnais won their first European title on the lawn of the Vélodrome de Marseille, against an RCT already three times European champion (Champions Cup 2013, 2014 and 2015).

For the latest from their coach Pierre Mignoni, who will join Toulon next season, the Lyonnais have gradually stifled their opponents. International center Pierre-Louis Barassi and scrum-half Baptiste Couilloud scored two tries to allow Lou to win. Baptiste Serin and Cheslin Kolbe responded for Toulon, but Leo Berdeu’s foot (two penalties and two conversions) and a penalty try had given Lyon too big a gap. Relive the best moments of the meeting.

from the same show

AMLO reiterates that despite protections he will inaugurate the Mayan Train

In Lyon, a pastry worthy of our grannies takes you back to childhood