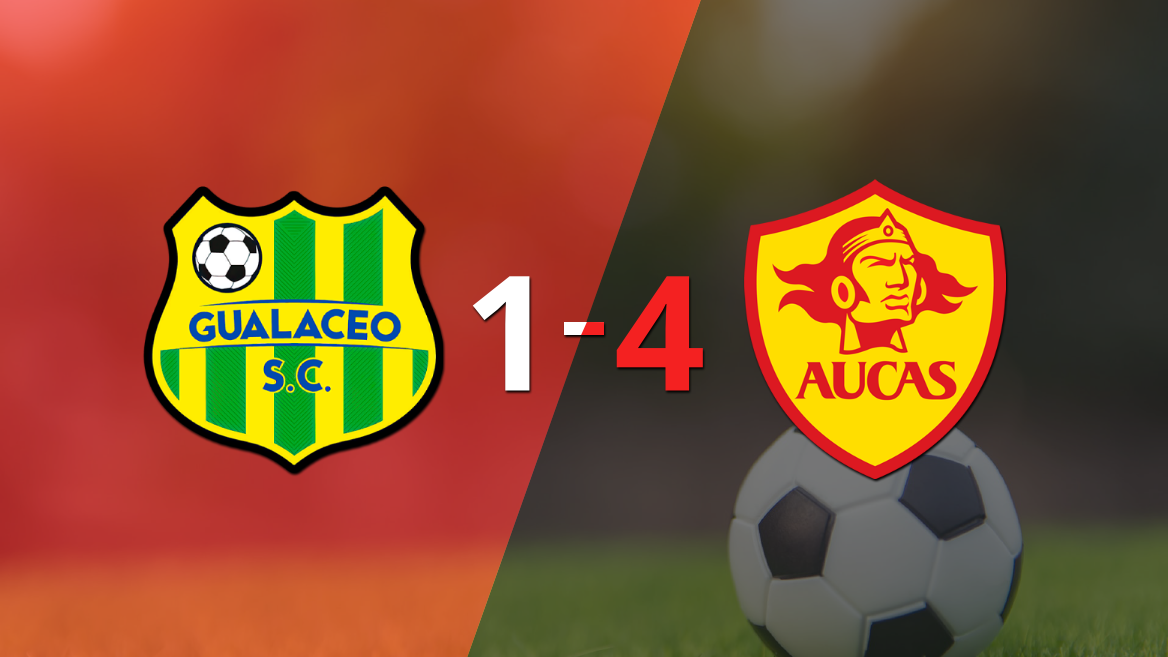 Aucas striker Francisco Fydriszewski excelled in the 4-1 win that his team dealt Gualaceo this Friday at the Jorge Andrade Cantos stadium. The goal of the match for the locals was scored by Joaquín Vergés (0′ 2T). While away goals were made by Francisco Fydriszewski who converted a Hat-Trick (11′ 1T, 24′ 1T and 14′ 2T) and Ronald Briones (27′ 1T).

A great play by Gualaceo, at 0 minutes of the second half, was the one that moved the scoreboard thanks to Joaquín Vergés. After an individual play on the right, the midfielder finished off the goal from the large area and placed the ball on the right post of the goalkeeper, who could do nothing.

The best player of the match was Francisco Fydriszewski. The attacker from Aucas scored 3 goals and shot at the opposite goal 5 times.

Jhonny Quiñónez was another of the key players. The Aucas midfielder was precise with 2 effective passes and sought the opposite goal 6 times.

The match was cut short due to the number of fouls committed by both teams. There were a large number of cautioned: Marcos Mejía, Edison Caicedo, Joaquín Vergés, Stalin Morocho, Richard Mina, Richard Farías, Ricardo Adé, Gerardo Gordillo and Byron Angulo. Gustavo Alles was expelled for a direct red card in the 35th minute of the first half.

For its part, César Farías’ team took the field with a 4-4-2 scheme with Damián Frascarelli under the three posts; Richard Mina, Ricardo Adé, Alan Garcia and Carlos Cuero in defense; Jhonny Quiñónez, Edison Caicedo, Ronald Briones and Marcos Mejía at midfield; and Luis Ángel Cano and Francisco Fydriszewski up front.

Roberto Sánchez Rodríguez was the referee who directed the match at the Jorge Andrade Cantos stadium.

Videos | People on the run after shooting in Copenhagen shopping center

Querétaro: Four people are killed in a state building