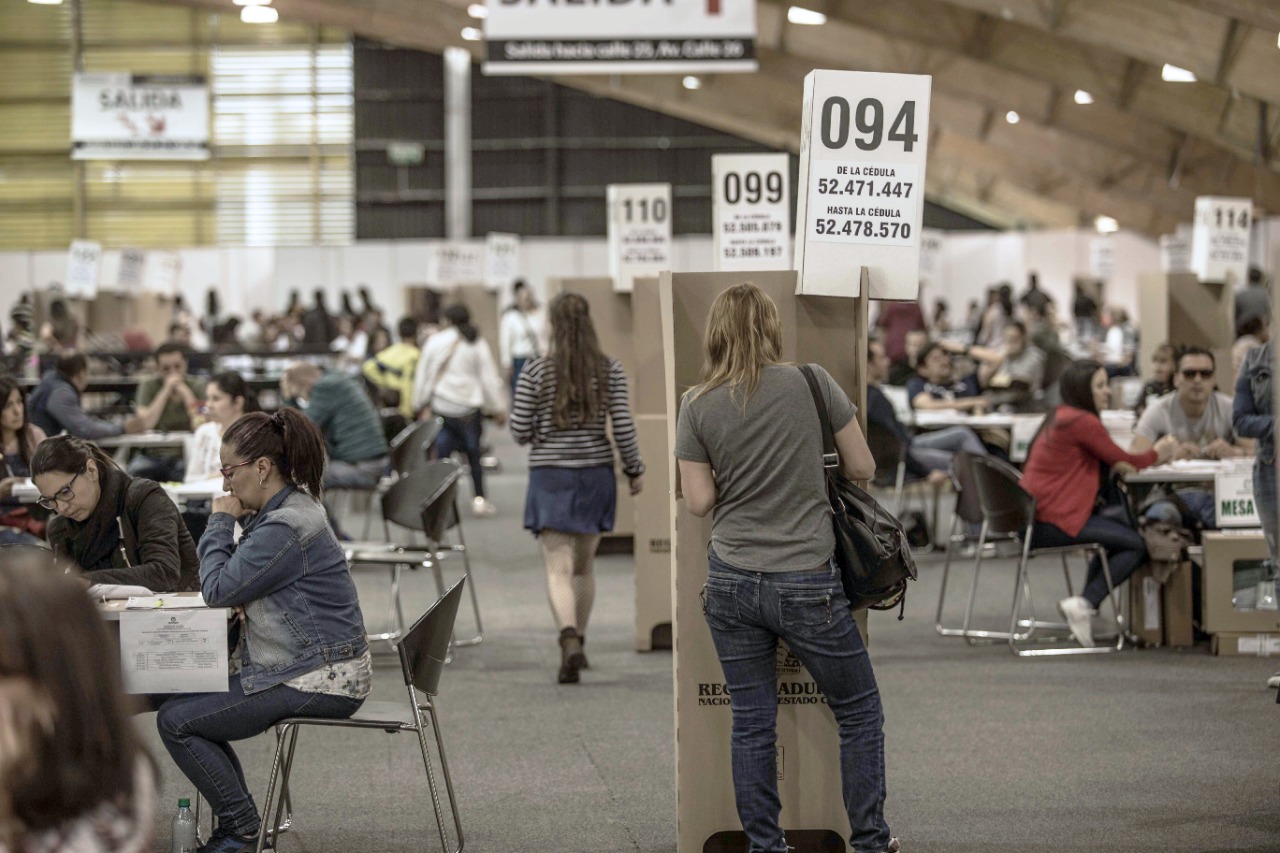 Stock image. In total, there are 38,819,901 Colombians eligible to vote in the 2022 legislative elections. Photo: National Registry

Around 3,000 officials from the Ombudsman’s Office will be guarantors of the voting day, in which the president and vice president of the Republic of Colombia will be elected next Sunday, May 29. The state entity announced that it reinforced its operational plan for monitoring and surveillance in the pre-electoral, electoral and post-electoral stages.

“A team of nearly 3,000 officials, public defenders and contractors from the central level and from the 42 regional ombudsmen of the Ombudsman’s Office will accompany until the end of the electoral contest, to receive, attend to and process citizen complaints so that they are given all the guarantees”, confirmed Carlos Camargo, Ombudsman.

This electoral support and surveillance plan also includes actions aimed at verifying, from the polling stations, the guarantee of the right to vote for each citizen, without any restriction or limitation.

In addition, the risk scenarios warned in the follow-up report to Early Warning 004 of 2022 in the electoral context will be specially monitored. On the list they are found mainly in the departments of Antioquia, Arauca, Cauca, Chocó, in the subregion of Bajo Cauca, Sur de Córdoba and Sur de Bolívar, as well as the municipality of Tumaco.

The Ombudsman’s Office indicated that it has received complaints through the Directorate for Attention and Processing of Complaints about pressure from illegal armed groups on citizens to vote in favor of a specific candidacy. Threats made through pamphlets, press releases or chat messages against political parties in Bogotá, Antioquia, Arauca, Cauca, Córdoba, Guaviare, Magdalena, Meta, Risaralda, Santander, Valle del Cauca and Norte de Santander stand out in greater numbers.

Faced with these situations, the Ombudsman reiterated to the citizens that they should not be coerced and that they file the respective complaints. He also reminded them of their right to choose, that their vote is secret and they must exercise it with absolute freedom. To this end, the Ombudsman’s Office indicated that it will be ready to provide support for its guarantee and for the judicial authorities to investigate any action that violates this right.

In addition to officials from the Ombudsman, the presence of the security forces, the Public Prosecutor’s Office, the Attorney General’s Office and the electoral authority was confirmed to control “the possible anomalies that arise in the development of the elections so that the corresponding corrective measures are adopted.”

“We hope that the elections take place in complete normality, that there are no acts of violence, or aggression between campaigns and political parties and voters, and that an environment of respect and tolerance be promoted so that Colombian democracy is strengthened,” Carlos Camargo pointed out.

It should be noted that in addition to the pressure on citizens, the Ombudsman’s Office indicated that in the last month it has received and processed, before the judicial authorities, 12 complaints of threats in the framework of the electoral process against candidates and campaign teams for the presidency.

Taking into account the seriousness of the threats, and to protect the lives of the candidates, from the National Directorate of Attention and Processing of Complaints, the Ombudsman’s Office has requested the competent authorities to attend to and rigorously investigate the threats and risk situations of possible violations of the fundamental rights to life, integrity and personal security as well as the political right to be elected, among other rights.