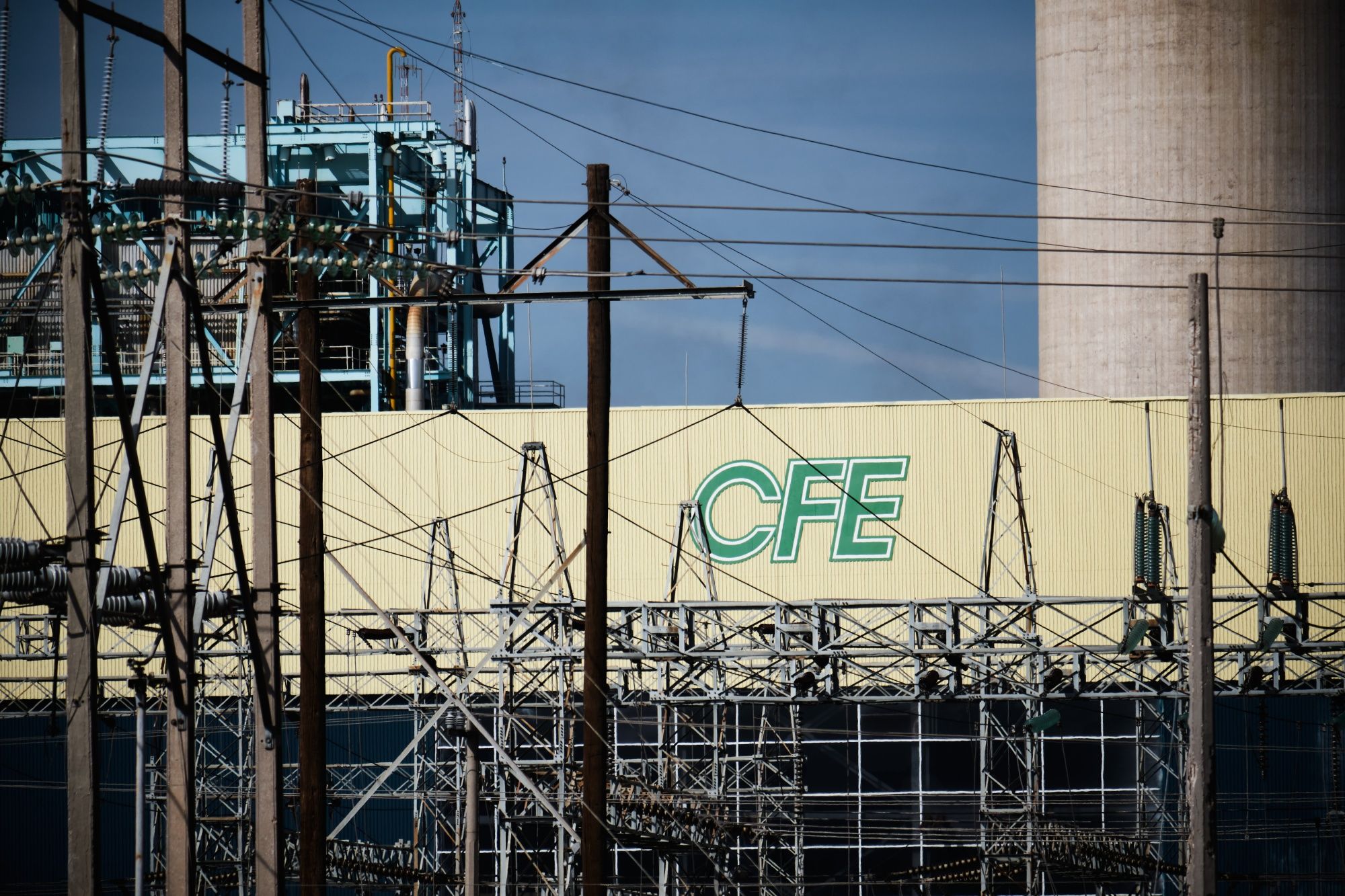 This May 27, several regions of the Yucatan Peninsula had a power outage, according to a bulletin from the Federal Electricity Commission (CFE), the failure would have occurred due to a storm with atmospheric discharges.

The affected states were Campeche, Quintana Roo and Yucatán, according to the CFE, the supply has already been restored by 97%.

“The CFE reports that at 4:55 p.m. two 400 kV high-voltage lines went out of operation,” the statement read. The natural phenomenon that would have caused the affectation had a trajectory from the town of Xbacab to Champotón. 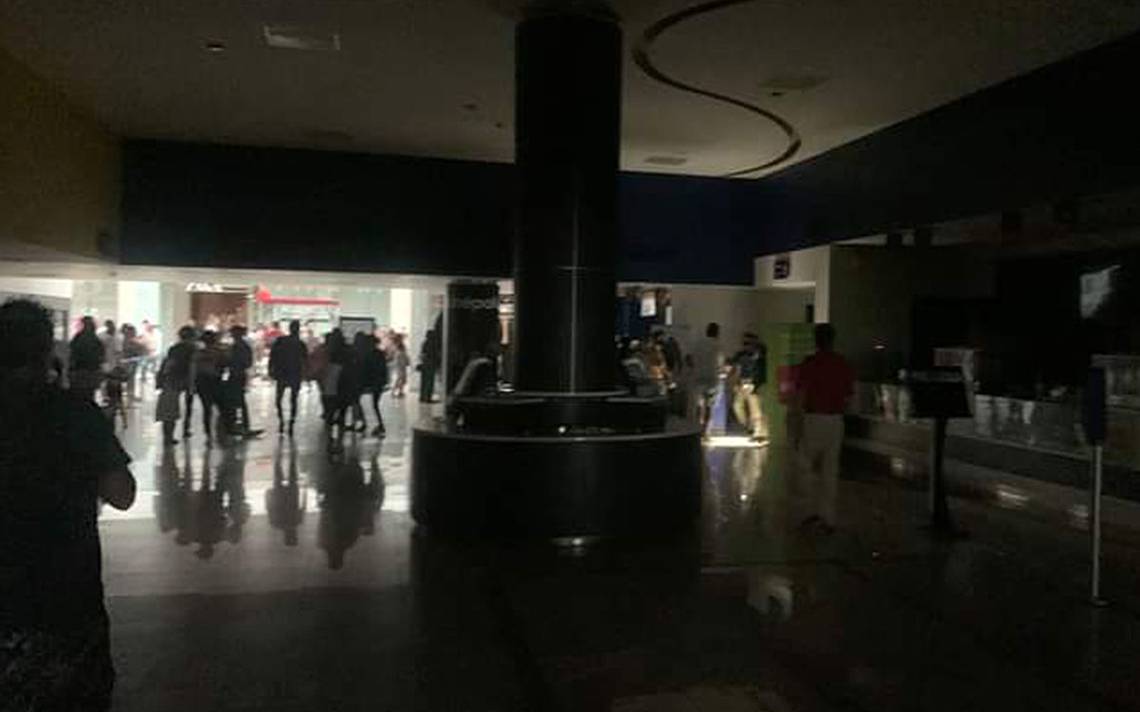 This is what the interior of a shopping mall looked like during the impact on the electrical service (Photo: Twitter/noticiasredmx)

Although the people who live in the region reported the massive blackout on social networks, the interruption to the electricity service lasted less than an hour.

Despite the official information, users of social networks pointed out that there were regions of Quintana Roo in which the service had not been restored. During the time the blackout lasted, these were the affected areas: 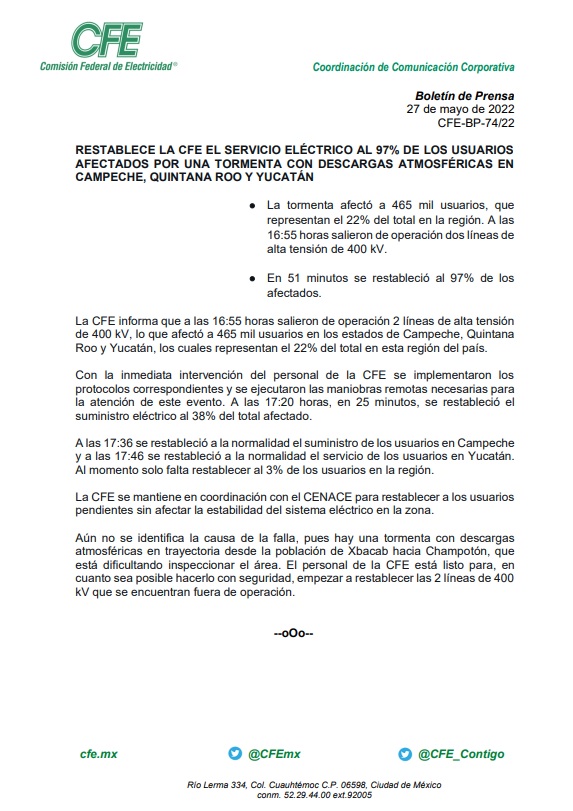 This was the official statement from the CFE (Photo: Twitter/@CFEmx)

Around 9:00 p.m., some people reported that there were regions still without reset “@CFEmx In the Lázaro Cárdenas neighborhood of Tekax, Yucatán, we are still without power,” wrote an Internet user.