Do you no longer see the forest for the trees on Netflix? Our tips will save you hours of scrolling through the wide range and help you find that one perfect series for tonight. Today we highlight a selection of all the adventure series on Netflix. Below you will find three recommendations for immersive adventure series that are now on Netflix. 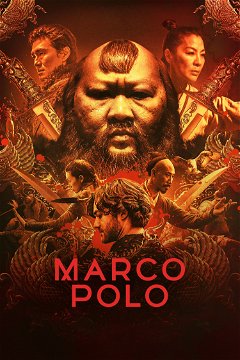 8.0 Watch on Netflix • The series ‘Marco Polo’ follows the early years of the famous explorer Marco Polo. One day, Marco’s father, Niccolò, takes his son on a journey across Asia, where they are captured by Kublai Khan, grandson of Genghis Khan, who rules Mongolia in the 13th century.

A series about the early years of the famous explorer Marco Polo. One day, his father, Niccolò, takes him on a journey across Asia, where they are captured by Kublai Khan, grandson of Genghis Khan, who rules Mongolia in the 13th century. To be released himself, Niccolò leaves his son at court as collateral. 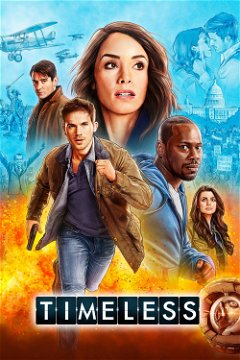 7.6 Watch on Netflix • In ‘Timeless’, a historian, a soldier and a programmer embark on an adventurous journey through time to track down shadowy criminals who want to disrupt the time continuum.

A mysterious criminal steals a secret state-of-the-art time machine, intent on destroying America as we know it by altering the past. The only hope is an unexpected team: a scientist, a soldier and a history professor, who must use the prototype machine to travel back in time to critical events.

Watch the trailer for Timeless here: 7.3 Watch on Netflix • Los Angeles will be ruled by an alien occupier in the near future. Katie, Will and their three children struggle to survive in a society where some form a resistance movement and others cooperate with the enemy.

Set in the near future, Colony revolves around a family who must make difficult decisions to stay together and survive. They live in LA, which is occupied by a group of outside invaders. While some people have chosen to cooperate with the authorities and take advantage of the new order, others have rebelled and suffered the consequences.

Is there nothing here for you? Take a look at our overview of All adventure series on Netflix. Or check out which new movies and series are coming soon to the streaming service via our Soon on Netflix page.