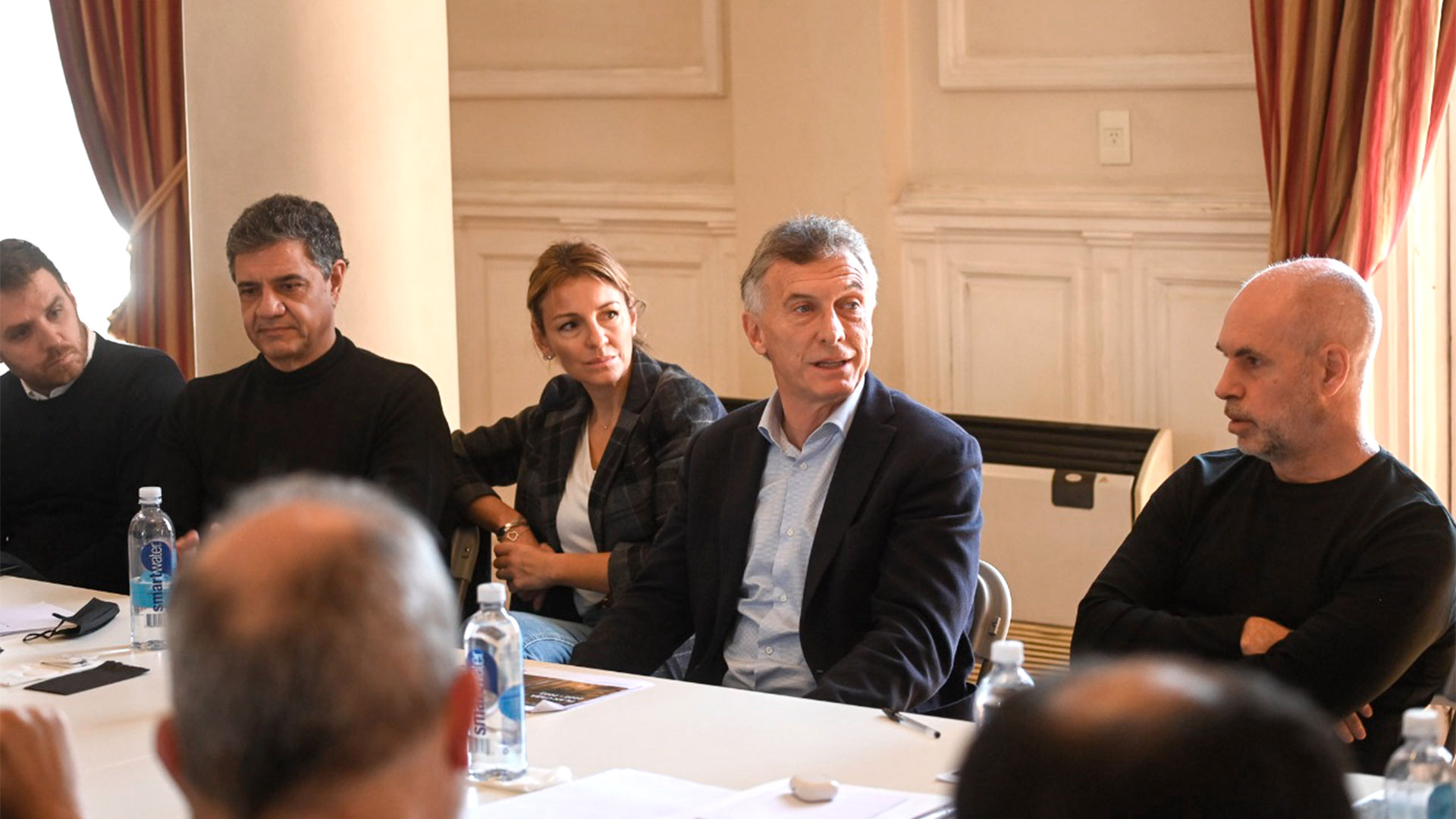 Mauricio Macri and Horacio Rodríguez Larreta, key protagonists of a week where the opposition was dominated by differences.

The Week of May ends with the three main parties that make up the opposition of Together for Change immersed in their internal disputes. The main leaders of the PRO, Horacio Rodríguez Larreta and Mauricio Macri, were distanced like few times. The UCR will have an atypical National Convention both due to the absence of internal disagreements and the desire to set limits for its members. And the main figure of the Civic Coalition, Elisa Carrió, will begin a tour of the interior of the country to mark differences in form and substance with her allies.

It is the week where Javier Milei once again showed himself as a factor of imbalance in the opposing goal. The name of the libertarian deputy flies over the underground tensions of Together for Change and also the noisy resignation of the Buenos Aires senator Joaquín De la Torre to the second vice presidency of the upper house of the province.

These are data that reveal how the opposition faces the challenge of creating mechanisms to resolve differences and move away from the risk of repeating, as a dangerous mimesis, the same logic of dispersion and fracture of the Front of All. The relentless fight between Alberto Fernández and Cristina Kirchner, which splashes all the political and government action of the ruling party, seemed this week to begin to contaminate relations in the opposition spectrum, like a contagious virus of discord.

Both the three main partners of the opposition coalition and Milei seek to take positions in the face of an uncertain electoral process. A year from now, some seek to conquer spaces that allow them to compete in internal competitions in better conditions and others, become strong to avoid them. Everyone has already forgotten that the possibility of a relaunch of the government was discussed for several days, even with name changes, which could change the political board. As always, procrastinate.

The protagonists of a week of explicit differentiation were the head of the Buenos Aires Government and the former president. And it had its climax on Wednesday night, when with differences of minutes, Mauricio Macri warned from a news channel that “he was not afraid of going to internal” and Rodríguez Larreta warned -from another screen- that his decision on the presidential candidacy It will not depend on what the former president does.

It was the epitome from the public, but one more chapter in a history of differentiations, which also had a minuet of photos published on Twitter.

“With Mauricio we are united by the desire to change realities. Today we meet and talk about the challenges we have to continue transforming the city in this very difficult moment in the country”, published yesterday Jorge Macri, who is running for the City Executive, with the support of his cousin, the former President. 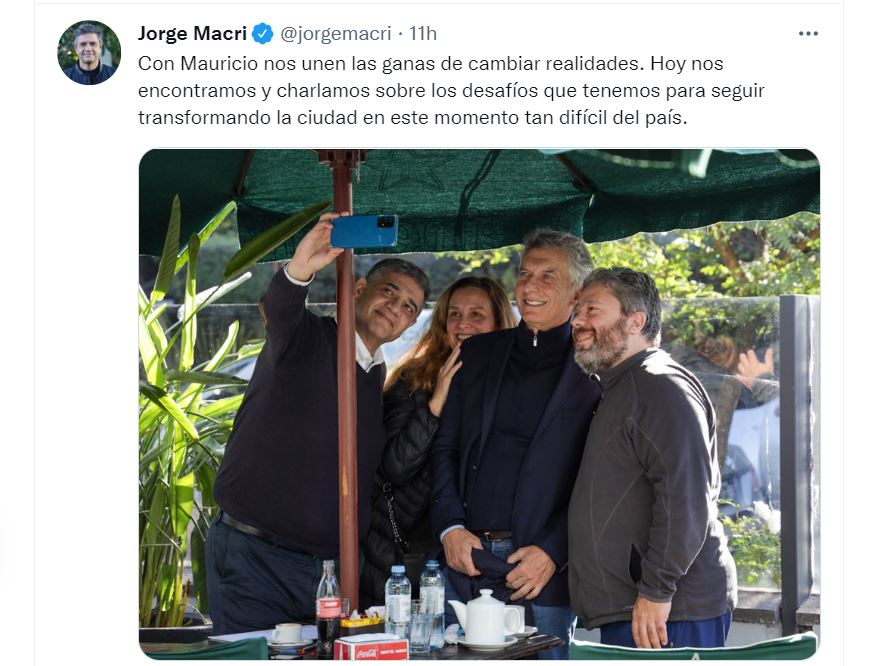 It seemed like a response to the act that Larreta and Lousteau shared on Wednesday, which was crowned with messages and a thread of tweets where the senator thanked him for his presence at the meeting he organized for May 25 and “sharing the values ​​and transformations that Argentina needs”.

The statements, which began to be lived by collaborators of both with a virtual sports spirit – “we won, they lost” – find an explanation in the need to raise the profile to cushion the Milei effect.

The teams of both leaders record how the figure of the economist and his speech begin to capture, with greater speed, increasingly larger portions of an electorate that sees itself as its own. Hence, both Larreta and Macri begin to be more offensive and even allow less careful language.

In fact, last night Macri participated before the watchful eye of consultant Guillermo Raffo – mentioned as the new Durán Barba – in a Space on Twitter that summoned some three thousand listeners. It was 30 minutes -in the middle of the Boca game- that the former president dedicated to the group identified as Republican Space where he used a more belligerent narrative to call for change. “We are going to put the eggs on the table,” he encouraged.

In the meeting in La Plata, radicalism will send, mainly, a clear signal for the political system: unity. It will be the reverse of the plot shown by the PRO, where the highest-profile differences of the opposition coalition are shaken. And it will be at the same time a differentiation with a history that is full of traumatic elections and half-settled internal ones.

Although the atavistic radical fervor for the braid is not completely extinguished, what will be outlined in the UCR will be the pieces on the board that, in principle next March, will have to define the policy of alliances and government programs. As Infobae advanced, it will be Gastón Manes, the brother of the neurologist and presidential candidate Facundo Manes, who will assume the Presidency of the Convention. But just as important will be how the correlation of forces will be.

Although the space made up of the president of the UCR, Gerardo Morales, Gustavo Valdéz, Alfredo Cornejo, Mario Negri, Luis Naidenoff, Manes and Ernesto Sanz, among others, will be the majority, adding between 190 and 196 conventionals, the space Evolución radical de Martín Lousteau, Emiliano Yacobitti and Rodrigo De Loredo will be between 110 and 116 conventional. 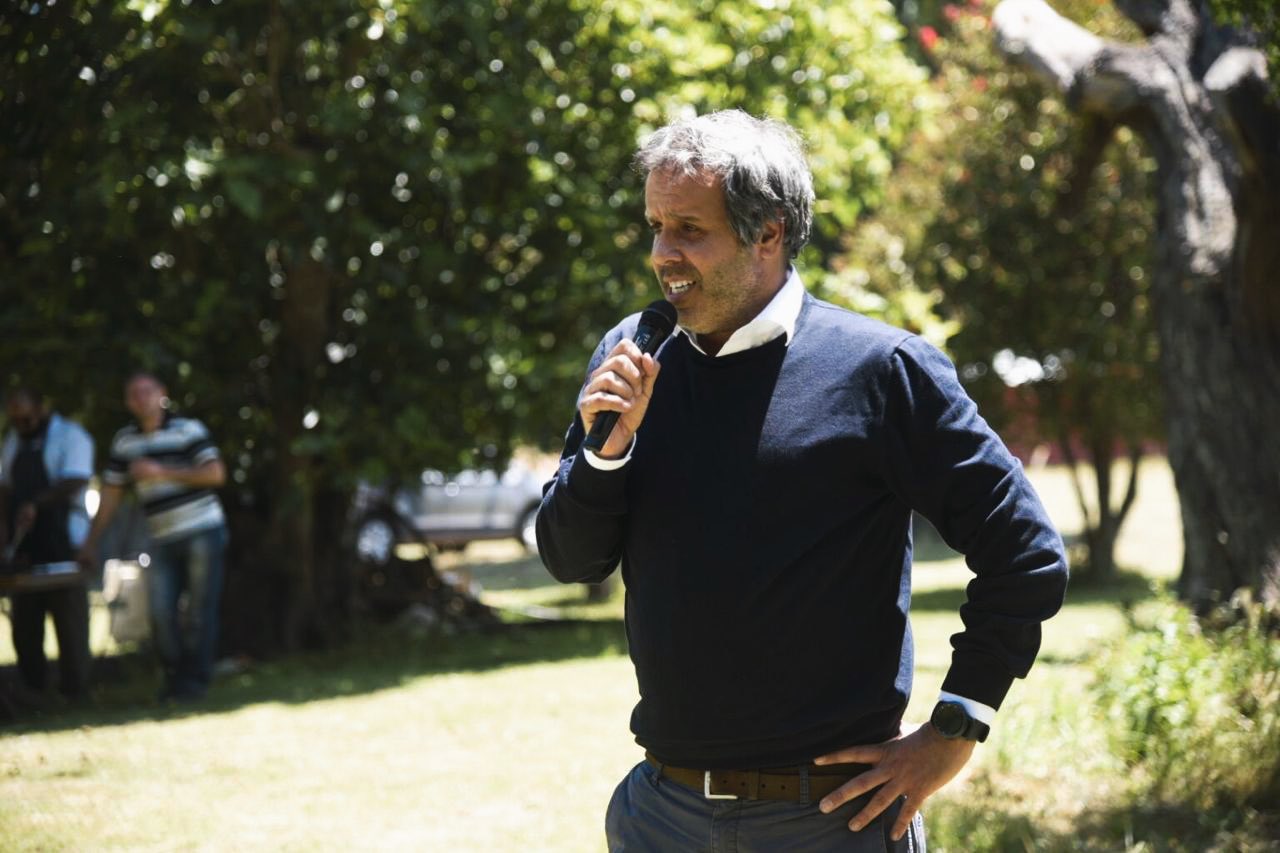 Gastón Manes, the brother of Facundo Manes, will occupy the presidency of the National Convention.

In Evolución they hope to assert 40% of the total of the Convention in March, against the multiple leaderships -several with presidential pretensions- that the majority has, so that the decisions that are taken later in the face of the elections, both Programmatic, specifically the alliance policy, will depend on what the Evolutionary Conventions define. That will include what kind of relationship they will have with the PRO and their candidates. If you want peace, prepare for war.

Elisa Carrió, founder of the opposition coalition and owner of an effective veto power even from the plain, does not intend to stand still in the face of the movements of her allies. Alerted by the internal war drums and the hasty competition between Macri, Larreta and Patricia Bullrich, she will begin a tour, by car, through the interior of the country. It is both an action and a message.

He will visit Córdoba, Catamarca, Tucumán and Santa Fe with the aim of revitalizing the Civic Coalition in those provinces and downloading a message against the grain of the pre-electoral slogans pronounced by the main partners of Together for Change. She will insist on the same “moral contract” that she has had since 2002, when everything had been left in ruins in Argentina and she shared some -few- paths with Cristina Fernández.

The Civic Coalition wants to show its own muscle to discuss with greater strength and plans to repeat the “civic caravans” in other provinces, with the majority of young leaders with participation in national politics, such as Maximiliano Ferraro, Juan Manuel López, Fernanda Reyes, Fernando Sánchez , Romina Braga, Maricel Etchecoin, Hernán Reyes, among others.

The exception to the internal differences was criticism regarding foreign policy, one of the few issues that unifies the opposition bloc more out of fear than out of love. “What he is doing, Alberto Fernández, is mainly explained by internal politics. It seems more like a gesture towards Cristina Kirchner than towards the region,” a former senior PRO official explained to Infobae.

He thus referred to the condemnation expressed by the president of the blockades against Cuba and Venezuela, to the phrase “we have to unite our voices to ask those from the north to stop; I will not shut up anymore” and the conditions that he set before former Democratic senator Christopher Dodd -Joe Biden’s special envoy- to participate in the Summit of the Americas in Los Angeles. “It’s like being invited to someone’s house and that one decides who goes and how the others have to dress,” said the same source, in relation to the fact that the president subordinated his presence to the invitation to Cuba, Nicaragua and Venezuela, three regimes denounced for serious human rights violations.

For the expert, Argentina’s zigzagging position – which contrasts with Bolsonaro’s announcement to attend – has to do with an alignment behind the interests of Mexico and the Puebla Group, where the Brazilian Lula Da Silva plays a central role. The special attention with which the vice president follows the Brazilian electoral process, where Lula still leads the polls, is well known, but Bolsonaro has been narrowing the differences.

Foreign policy is, perhaps, the only point of convergence between the different opposition modulations. Not because it’s bad, but also because it’s ineffective.

The UCR takes a first step towards 2023 and will elect Gastón Manes as head of the Convention in a unity listAlberto Fernández advanced the announcement on Earnings to mitigate the friction between Sergio Massa and Martín Guzmán Javier Milei, about a possible alliance with Together for Change: “To be part of a new failure, I don’t want to be there”