Students fear the end of zero interest on student debt, but ‘interest can always rise’ 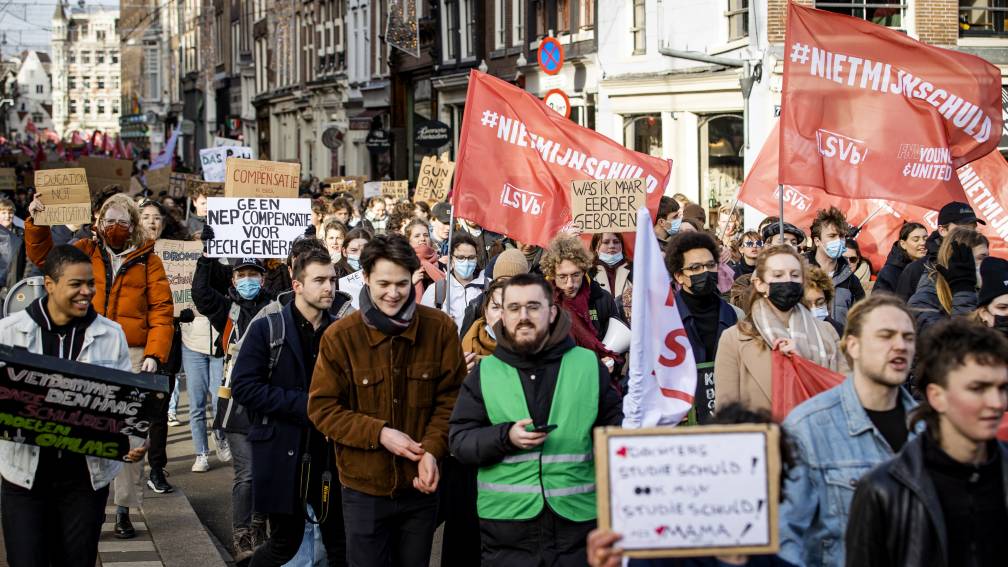 And an interest rate of, for example, 2 percent would still end up with a negative real interest rate, because of the high inflation. “If the annual inflation rate is between 5 and 10 percent, not only are savings worth less, but so are debts. In real terms, you’re still improving.”

Moreover, it concerns people who will soon be earning money, says Professor of Economics and Ethics Johan Graafland (Tilburg University). “The high inflation is usually also reflected in the wages. So you get a wage increase, which also increases the future income of the students.” It is normal that the interest on the student debt will rise slightly if inflation rises. “That doesn’t necessarily have to hurt, as a share of their income it doesn’t have to have a lot of influence.”

Graafland can imagine that it is “a bit of a shock”, but does not see much cause for serious concern.” He also does not think that students should have been warned about a possible increase in interest rates. “Students also have their own responsibility as they take out a loan, I don’t think that’s a government responsibility.”

Van Vliet thinks otherwise. “Perhaps the government could communicate explicitly about this: please note, when taking out a loan, the interest can rise in the future.”

The Ministry of Education, Culture and Science calls it “imaginable” that the interest rate will rise above 0 percent again and emphasizes that the historically low interest rates of the past period “were truly unique”. “Special social repayment conditions still apply to student debts”, a spokesperson said. “Whoever earns little pays nothing, and above that what you repay remains dependent on your income.

The students find the likely interest rate hike especially difficult due to the combination of several setbacks. “After the empty promise about not counting student debt for a mortgage application and the meager compensation for the loan system generation, it now appears that students may have to pay hundreds of euros a year in interest,” says chairman De Roos. So they are mainly concerned with the sum.

NOS op 3 previously made this video about the bad luck generation: