Prior to the arrival of the rainy season, which is expected to start in mid-June, personnel from the Intermunicipal Potable Water and Sewage System (SIAPA) have removed 57,500 cubic meters of azolve, as the mud and garbage that is form in the sewage system and city streets.

According to the state government, SIAPA staff have worked “by force” to prevent flooding in the city, cleaning 43 overpasses so far11 siphons, 12,600 storm drains, six rainwater channels, two regulating vessels and 12 sumps.

The little more than 57,000 cubic meters of silt, explained the authorities, is equivalent to filling 8,200 dump trucks of seven cubic meters filled “to the brim.” 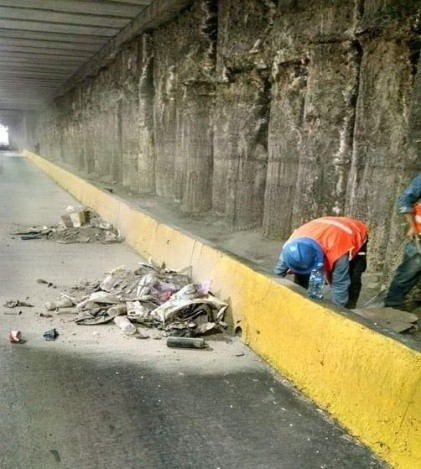 The state government asserted that the work continues, and it is expected to have these tasks completed, 100%, by June 15.

However, authorities said the support of citizens is also required to avoid littering and co-responsibility is thus achieved, as this also influences the occurrence of floods in the city during the storm.