The spin-off of The Good Wife (2009–2016), The Good Fight (2017– ) will officially end after its sixth season, according to creators and showrunners Robert and Michelle King.

We’ve loved fighting The Good Fight for the past six seasons. It was a gift to be able to tell stories about an upside-down world in real time. And to have worked with these talented, brilliant, generous actors, writers and crew has been a blessing. Our hope-slash scheme is to find ways to work with all of them again in the future.

According to the Kings, the sixth season felt like a natural ending for the series, fearing that their critical darling would become repetitive if it continued.

The final season focuses on an upcoming civil war as Diane, played by Christine Baranski, is confronted with the problems currently at play in the United States. Featuring everything from Roe v. Wade to voting rights, to the return of Cold War aggression. Meanwhile, Reddick & Associates attorneys wonder if the violence they see all around them points to an impending civil war.

Season 6 of The Good Fight will be shown on September 8 on the American Paramount+, a Dutch release date has not yet been announced.

Watch Videoland • Diane Lockhart has ended up in a black hole and is in financial trouble. She has also lost her job at Lockhart & Lee and is trying to rebuild their reputations with her godson Maia and Lucca Quinn. 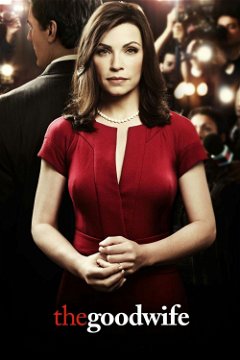 Watch Viaplay • In ‘The Good Wife’, Alicia Florrick (Julianna Margulies) is forced to return to work after her husband, a prominent prosecutor, is jailed over a scandal.